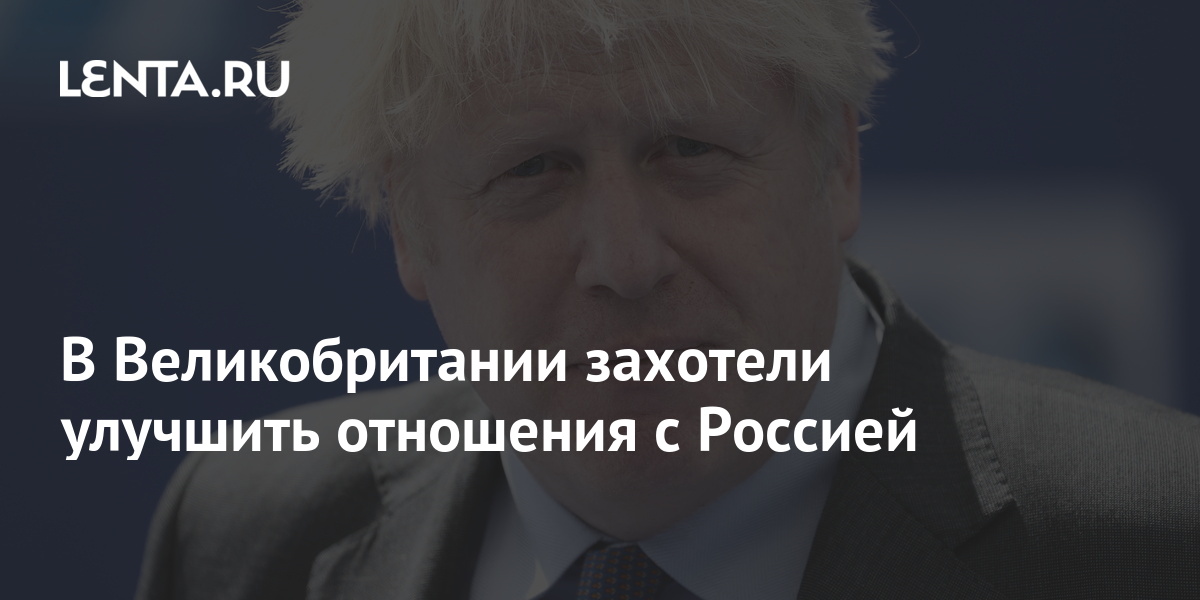 London hopes to improve relations with Moscow. This was stated by British Prime Minister Boris Johnson, noting that from the British point of view, the situation at the moment looks disappointing. His words lead TASS…

“I always hope that relations with Russia will improve, but I’m afraid that until now things have been pretty disappointing from the UK’s point of view. When I met with the president [России Владимиром] Putin, I clearly told him that we are ready to do things differently, we are ready to try to have a closer relationship, but you have to change your demeanor, ”the politician said upon arriving at the NATO summit on Monday 14 June.

Earlier Johnson suggested that US President Joe Biden would choose a “tough approach” in dialogue with the Russian President at the upcoming Russian-American summit.

The NATO summit is being held in Brussels on June 14. NATO leaders will discuss opposition to Russia and China, cooperation with Ukraine and Georgia and other issues.