Granada opens a ravine full of verses and dead 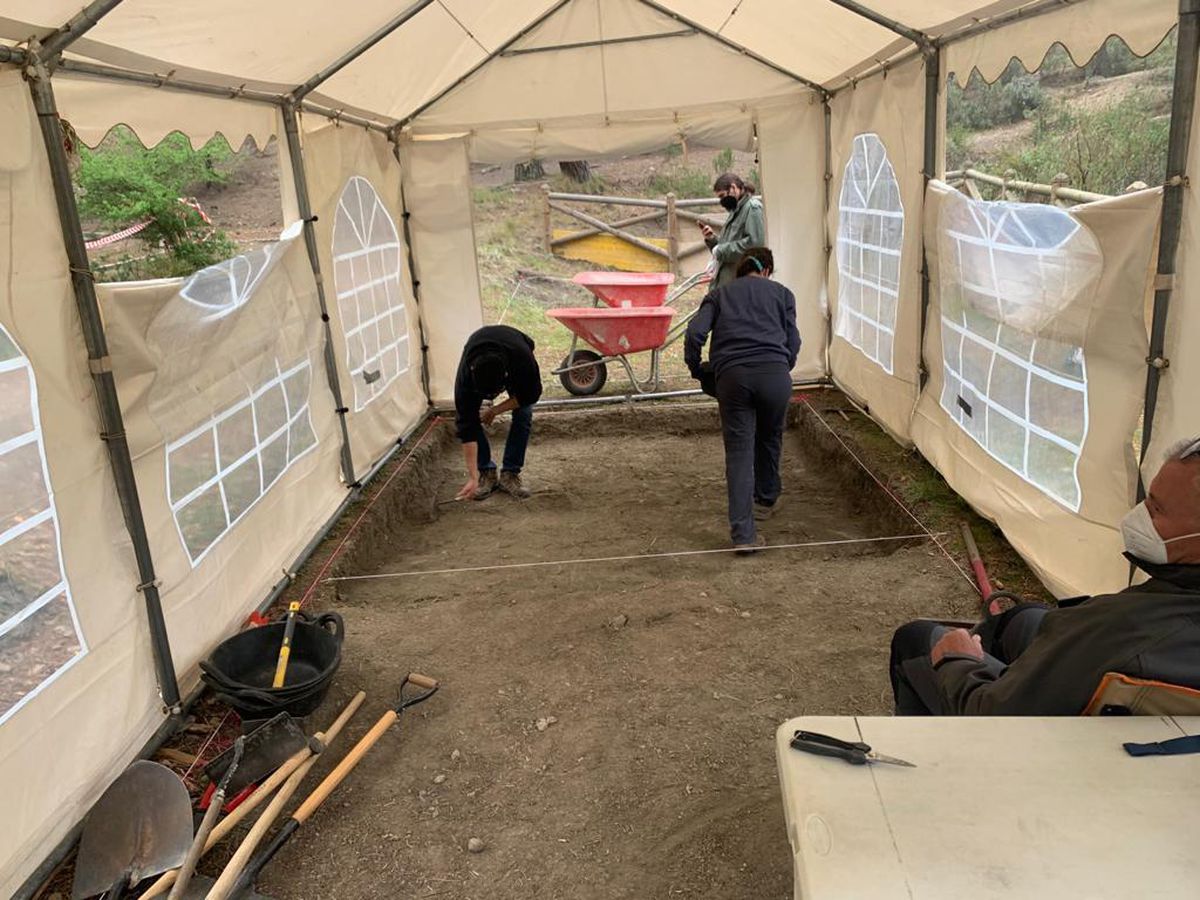 Teachers, day laborers, dressmakers. Affiliated to political parties and unions. Men, women, red. Fathers, mothers, brothers, daughters of someone. “Lorca were all,” recalls the plaque placed in the place where their bodies were thrown from the coup of July 1936, in the same place where the most universal Spanish poet of all time was assassinated. Lorca were all and belongs to all. In democracy, several attempts were made to find it. Now, a few meters from those unsuccessful excavations, a group of anonymous families celebrate that their turn has come.

For years the relatives of those shot have made a pilgrimage along the so-called highway of death to that ravine in Víznar (Granada) where there are always flowers and verses from those who do not forget them. Some will no longer be able to see that the land is finally opening to recover their own, but before leaving, they gave the witness to their grandchildren. If the experts’ calculations are met, the exhumation of two graves – there are five located in the area – will make it possible to recover the remains of more than 300 people killed without trial or sentence and buried without names and surnames.

A multidisciplinary team made up of archaeologists, forensics, criminologists, sociologists and documentary filmmakers from the University of Granada and led by the archeology professor Francisco Carrión and the historian Rafael Gil Bracero has started the opening of these graves thanks to grants (28,000 and 18,000 euros) from the Ministry of the Presidency to the educational center and the City Council of Víznar. “This place was, as Agustín Penón described [hijo de exiliados españoles en EE UU que viajó en 1955 a Víznar para averiguar cuanto pudiera del asesinato de Federico García Lorca], the prelude to Auschwitz [campo de exterminio nazi]. For the Secretary of State for democratic memory, Fernando Martínez, “with the exhumations, the Government intends to close a black page in the history of Spain.”

Among the 300 victims, the technicians are looking for one of their own, the Arabist Salvador Vila. He had participated in student protests against the Primo de Rivera dictatorship. In Berlin, training on a scholarship, he had met his wife, Gerda Leimdörfer, a member of a Jewish family that would be persecuted by the Nazis. In 1933 he had obtained the chair of Muslim culture and institutions at the University of Granada and a few months before the outbreak of the Civil War he had been elected rector of it. “Deposed by José Valdés Guzmán, the bloodthirsty civil rebel governor of Granada,” recalled the Hispanicist Ian Gibson, he was arrested and shot on October 23, 1936. He was 32 years old. His wife avoided death thanks to the mediation of the composer Manuel de Falla and in exchange for converting to Catholicism. After the executioner disappeared, in 1975, his portrait was hung at the University. And now, almost 85 years after his murder, a new generation of colleagues, including young archeology and forensic anthropology master’s students, are searching for his remains.

In that ravine on the edge of a slope of about 10,000 square meters, María José Sánchez is also looking for a relative. “Her name was Rosario Fregenal, but they called her La Fregenala. She was a dressmaker and a republican, like the whole family, and well known for her activity in the union ”. His father was a shoemaker, his mother a seamstress. The fear that they would retaliate against their own was greater than the fear that they would kill her and that is why La Fregenala rejected the possibility of fleeing. The first time she was arrested, she was released. From the second, he did not return.

Manuel de Falla also interceded for her because her sister was a client and friend of La Fregenala, but this time he was unable to save her. “They killed her with four other women,” says María José. “Her mother died shortly after she was taken away because she did not recover from either the blow to her or the upset. My parents lived with my grandmother and my other aunt and suffering has passed through my family from generation to generation. My mother was afraid to speak, every time I asked about Aunt Rosario she covered my mouth. I promised my grandmother and other aunt that I would do whatever it took to find her. How many tears have I seen shed in my house ”. Like the ones that fell on María José when she returned to the Víznar ravine where she has been so many times to pay homage to the victims – every summer there is a poetic evening in her honor – but this time to see the archaeologists who were preparing the ground to open the pit. “It was a huge emotion.”

A house full of widows

The same black squads that collected, to kill them, groups of detainees in the first months of the Civil War, also went to look for José Raya Hurtado, president of the socialist group of Granada, printer and father of eight children. He had placed the Republican flag on the City Hall and, as he was a typographer, had printed and distributed Republican propaganda. Enough so that, without cause, trial or sentence, he was shot on August 25, 1936 with 11 other men, including a father and son. “That day the eternal mourning began in my family. The house was filled with widows, ”says Angela Raya. “They killed my grandfather, one of his sons, and a nephew. His youngest daughter, 30, died of a heart attack. Another son lost his life at the front and his wife, my grandmother, never left the house again ”.

One of the men who participated in the murder of José Raya claimed that he had removed his glasses to put them in his jacket pocket when the rifle was pointed at him. The archaeologists will now search for them among the bones. “He was a good man and he does not deserve to be lying in a ravine, but in a dignified place, with his surnames,” his granddaughter ditches.

“It was time to act in such a significant place,” agrees Carrión, who has already participated in other exhumations in the area, one of the most punished by Franco’s barbarism. He believes that the works can continue until well into June. The remains will be analyzed in the department of legal medicine of the University of Granada. The samples will go to a DNA bank because although there are now 37 family members waiting for that hole in the ground, the experience of the Granada Association for Historical Memory is that when exhumations are made public, more relatives always appear in the hope of finding a their missing.

Attempts to locate the Lorca trench

The graves that now open in the Víznar ravine (Granada) are only 800 meters from one of the places where a group of archaeologists tried, without success, to find the grave where Federico García Lorca was buried along with two banderilleros, Francisco Galadí. and Joaquín Arcollas, and a teacher, Dióscoro Galindo. The French researcher Claude Couffon was convinced that the poet was murdered and buried in this ravine, although experts such as Ian Gibson, who has dedicated his life to investigating the life and death of Lorca, pointed to another place, the one pointed out by Manuel Castilla, who claimed to have buried the bodies.

Three attempts have been made to locate the poet’s grave in 2009, 2014 and 2016. The first, in the García Lorca Park; the second, less than a kilometer from the first excavation and the last, in polygon number 9 in Alfacar (Granada). The unsuccessful interventions, to which the poet’s descendants have always opposed, fueled theories about his final whereabouts: from when the family took the corpse, until he ended up in the Valley of the Fallen.

HS Järvenpää A curious crowd wrapped around a medical helicopter in the middle of a rescue mission – Do not touch the plane, reminds the helicopter company