Grains: a historical price drop that invites you to rethink business management 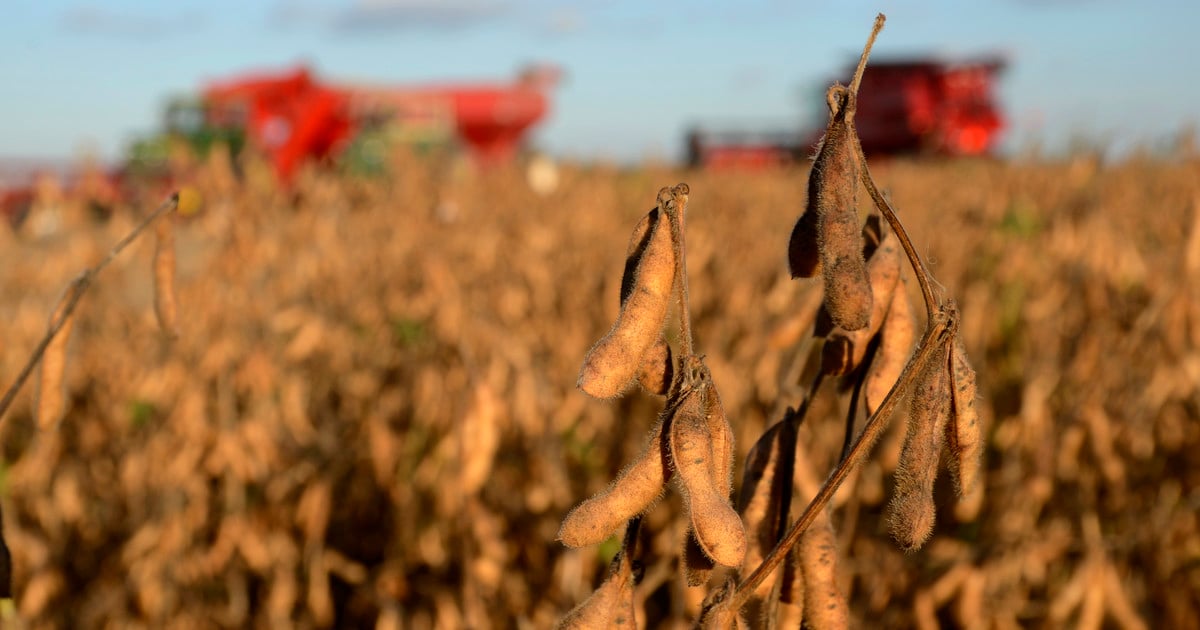 Good morning, this 2021 gave us at the end of its first half a week that will remain in the memory despite the fact that, for many, it would be better to forget it. My reader friends are surely aware, but it is worth remembering that in the case of soybeans on June 17, the Chicago benchmark market experienced a drop in the price of just over U $ D43 / tn (8, 21%), which was the second most important daily drop in the last 50 years and the largest in the last 25. On that day, the price per ton fell from US $ 532 / tn to US $ 489 / tn. The rest of the products were not exempt.

But it is worth spinning a little finer and analyzing the behind the scenes; where we find two relevant factors that generated the skid.

Many factors coexisted and chained together to justify the rise, among which we could mention the recovery of the price of crude oil from its negative value on the same Monday, April 20, 2020, the recovery of demand in Southeast Asia, added to a very previous bad palm oil campaign, and in line with the situation, it is essential to cite the reimposition of the “Green Agenda” in the United States by President Biden, who took office in January of this year.

The latter implies a growth in the demand for raw materials for the production of biodiesel (soybean oil) and ethanol (Corn). Thus we arrive at the record price quoted from Tuesday of the previous week. It is worth remembering that last Friday reality had shown us refineries proposing through their legal representatives that they were no longer in economic conditions to face the purchase of biofuels to comply with the mandatory cut, due to their high value, nor to buy RINs (Renewable Identification Numbers), credits that must be purchased from other refineries that are mixing, as required by the Environmental Protection Agency (EPA), in case of not being able or not wanting to mix according to the mandate .

On Friday of last week, it emerged that President Biden was analyzing the possibility of easing your demands on refineries, companies that threatened to fire workers, which also triggered claims from the respective unions. In summary, today we have the Environmental Protection Agency (EPA) studying the issue, but as you know the big market operators try to anticipate, and even more so having climbed so high on the mountain, so many of them have decided to unsaddle while waiting for new news, particularly from the Executive Branch.

UNITED STATES FEDERAL RESERVE – We have counted in previous columns that the increase in the Consumer Price Index verified during 2021 and made explicit in the inflation data for May, reaching 5.00%, constitutes an issue that worries the large capital market of that country.

The concern is that it could be translated, if the president of the North American Central Bank considered inflation as something worrisome and structural, in a strong rise in reference interest rates, which still today are in the “Emergency Range” of 0 , 00% -0.25% and in a brake on the phenomenal “Asset Purchase” scheme, which is the same as saying the phenomenal “Monetary Issue” that has been made explicit since March 2020.

Although the Federal Reserve argued a few days ago that Interest Rates would not be touched until the end of 2023, during the past week the words of some members of the Monetary Policy Committee of that country transcended, which suggested that this measure could be rushed if macroeconomic variables get out of control. In short, in the latter there is nothing especially new, but as we usually say, “Lor what matters is not the data but the market’s reaction to it”.

Concluding and integrating the two aforementioned phenomena is that on Thursday of last week we lived a black day in the great capital market of the planet, since clearly not only soybean oil suffered a big hit in its pricesInstead, most of the financial assets experienced a significant decline.

The Dow Jones and S&P 500 stock indices fell, the Energetics, mainly represented by Oil, in its WTI and Brent versions: Soft Commodities, such as Cocoa, Cotton, Orange Juice and Coffee, metals, such as Copper, Platinum, Palladium, Gold and Silver, and of course also our commodities, Flour, Oil and Soybeans, Corn, Wheat, Oats and Rice. Only the 10 and 30 year US Treasury Bonds and the dollar were saved.

It was a day in which widespread panic was verified, and even cryptocurrencies suffered the hemorrhage. We can conclude by analyzing the price variations that there were outflows of risky assets in search of a place to safeguard their value in the face of the perception of a storm; and place the chosen repair was clearly the greenback and the longest-term North American bonds. The dollar was, during the week, the big winner, appreciating almost 2.00% against the strong currencies of the world.

This was a brief review of what happened and believe me we did not go crazy, it is clear that this is a column from the Grain Market and Commercial Management but that is precisely why we were forced to do this review. We usually say, and those who have listened to us for long years will not let me lie, that there are 5 Maxims of Commercial Grain Management, and this week several of them were verified, particularly:

– “The basis of supply and demand is expressed only, if the financial world allows it”

– “What matters is not the data itself, but the market’s reaction to it.”

From which we want to ratify more than ever what we work on daily with friends and clients from all over the country, “DO NOT PURSUE THE BEST PRICE BUT YOUR TARGET PROFITABILITY”, ideally adding flexibility to the commercial positions sold.

In summary, the macroeconomic context seems to want to complicate in the United States, while the world of Supply and Demand of Physical Merchandise continues to show numerically and objectively bullish variables, which will be expressed in the price only if the large operators decide to pay attention to them.

In the meantime, it is worth remembering that the 21/22 season in the northern country is slowly approaching, but without pause, the moments of definition of yields where the climate takes center stage, amid an incessant lack of humidity and high temperatures in the center of the North American agricultural belt, with particular gravity in the state of Iowa and the state of Michigan. In a campaign where soybean supply and demand balances in that country require an almost perfect production in agronomic terms so as not to continue reducing the final stocks, especially adjusted from the beginning, according to the estimates of the USDA itself.

Many times in our daily work we have to listen to catharsis, from many entrepreneurs who did not do their homework and worry a lot when prices fall.

It’s fine and it’s part of our role, but let’s open our eyes, we still have very good prices on hand if we translate them into results obtained from the 20/21 campaign and the 21/22 harvest positions also generate good results in the budgets.

The purchase of CALLs on more distant positions appears as a special opportunity in this context. And we are far from suggesting changes in distributions in the planned areas, in terms of prices we face a new campaign that will most likely give us great opportunities. But once again we suggest PRAGMATISM, DISCIPLINE AND OBJECTIVITY for Business Management… .all the rest is cotillion for the commentators on duty. Let’s do it! 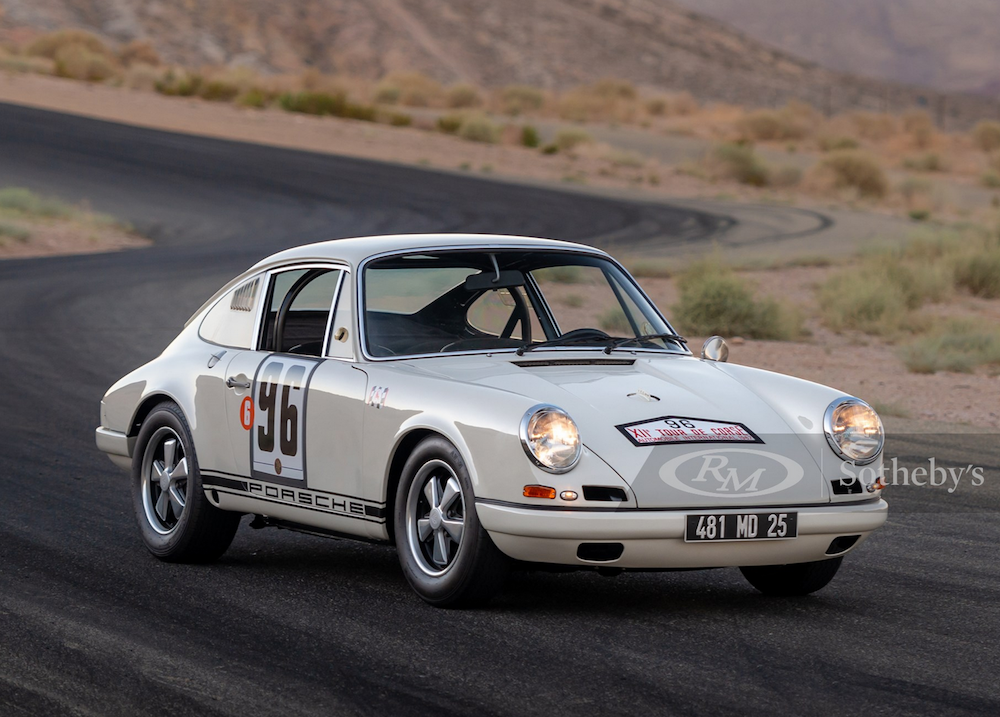