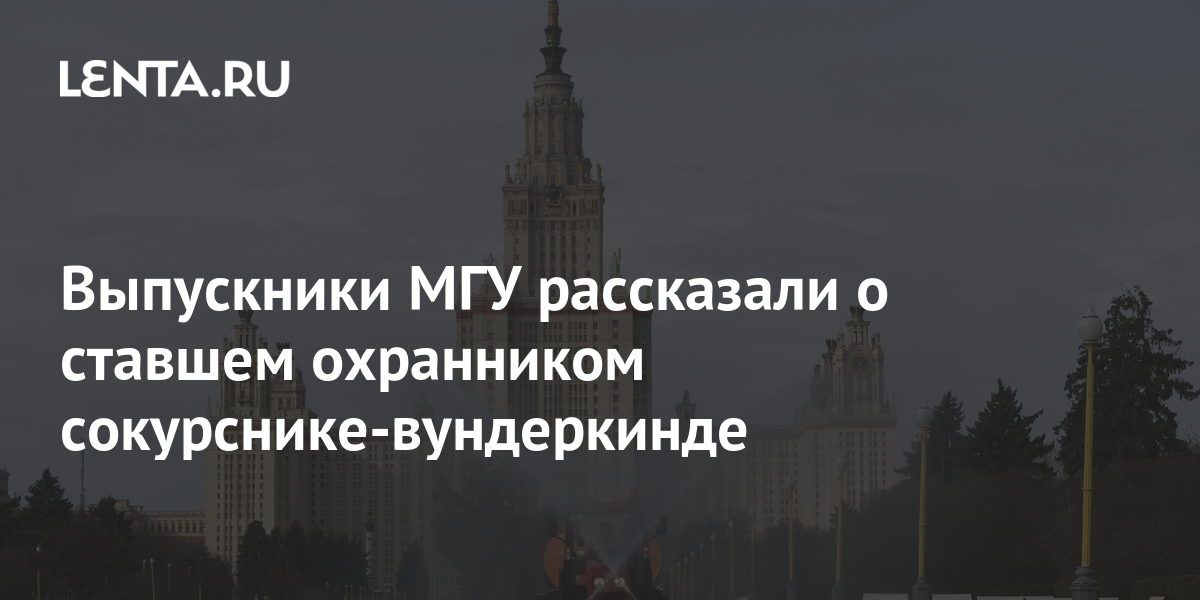 47-year-old Muscovite Danila P., who was considered a child prodigy and studied at Moscow State University at the age of 13, “broke down” during his studies and began to study for Cs, after which he changed his profession many times and even worked as a security guard. About this “Lente.ru” was told by people who studied at the university with him.

According to people who knew him, Danila P.’s mother was a specialist in gifted children, at the age of seven the boy had already read Hegel, at 12 he graduated from school with a gold medal, and at 13 he entered the journalism faculty of Moscow State University. At the same time, he had no problems with socialization. “Many guys talked to him, some were even friends, he was definitely not in a vacuum,” his classmates recall.

However, the loads were too high for the child, they say. After specializing in journalism, Danila P. went to graduate school at another university, but he never defended his thesis. Then he worked as a policeman, security guard, sewed a military uniform, took up reconstruction. He now works as a costume designer.

One of Danila’s classmates, journalist Evgeny A., believes that his story is similar to what is now happening in the life of Alisa Teplyakova, a Russian woman who passed the exam at the age of 8. “They tried to make something great out of him, as now from this poor girl, but as a result, nothing came of him,” the source of Lenta.ru summed up.