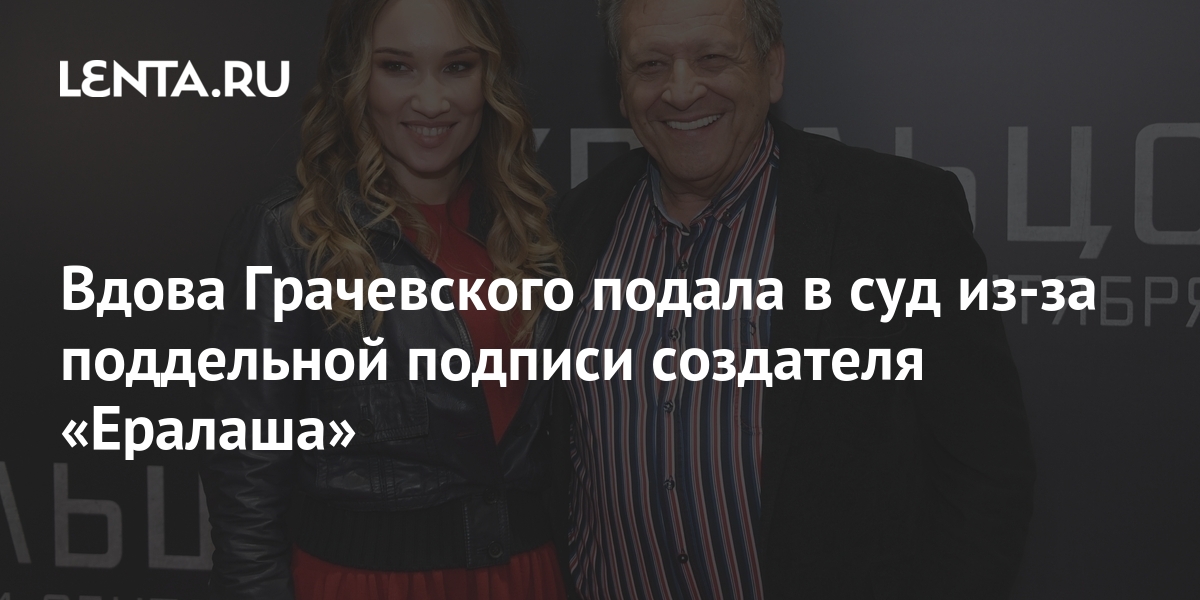 The widow of the creator of “Yeralash” Boris Grachevsky Yekaterina Belotserkovskaya filed a lawsuit against film producer Arkady Grigoryan, she accused him of forging signatures in order to take possession of half of her late husband’s inheritance. This was reported by the “360” TV channel.

At the end of April, the woman posted a post on Instagram, where she said that the handwriting examination had established a forgery on the document, according to which 50 percent of the stake in Yeralash passed into the hands of Grigoryan. She noted that she completely trusted him and was sure that he would return the share to the heirs.

Belotsekovskaya noted that she had come to peacefully point out to the film producer what had happened, but he said that he did not know how to explain someone else’s signature. She also appreciated reports that Grigoryan had complained to the police about Grachevsky’s ex-wives. “I haven’t laughed for six months, today I laughed for the first time. Thank you very much for the circus, ”said the widow.

She added that she was always friends with a man who is the godfather of two children of the creator of “Yeralash” and is not going to take away his post, just wants a fair division of the inheritance. The producer himself declined to comment on the situation.

Earlier, the ex-wife of Yeralash’s artistic director Anna Grachevskaya appreciated the legacy he left and expressed her intention to fight for it. She stressed that 24 percent should go to Grachevsky’s widow Ekaterina Belotserkovskaya, the rest – to his children. It is noted that the artistic director of Yeralash did not leave a will before his death.

The death of Boris Grachevsky was reported on January 14 this year. The reason was the complications after the postponed coronavirus infection. The director died at the age of 72.