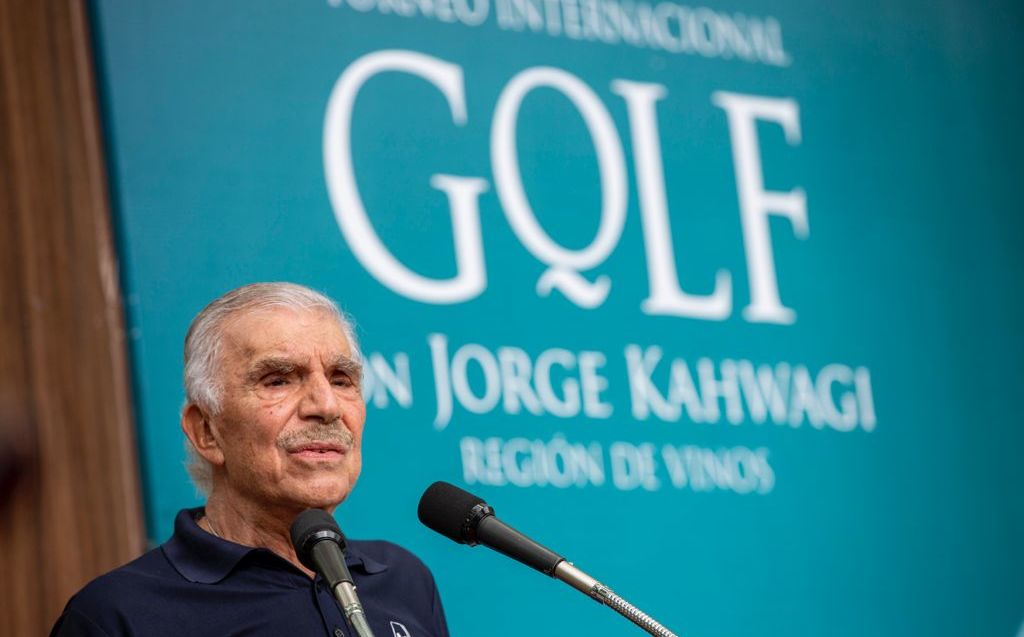 Querétaro is synonymous with personalized tourism tailored to each visitor, stated the state governor, Francisco Domínguez Servién, at the award ceremony of the “Don Jorge Kahwagi” International Golf tournament.

The state president said he was happy to join the award ceremony, which, he added, reveals the vision and drive of Jorge Kahwagi.

“The vision of integrating our wonderful tourist offer in favor of Mexico. The purpose of promoting family moments, stories, colors, aromas and flavors of Queretaro through the practice of golf ”, he pointed out.

He commented that the result of that vision is the creation of an ideal tool to promote the fantastic environment of nature, warmth and history of the six Magical Towns of Querétaro.

The head of the state Executive Power highlighted the embroidery and handmade dolls with unique Amealco designs that today are State Cultural Heritage.

“Bernal, with his spectacular Peña; Cadereyta de Montes, with a great history and artisan activity ”, he described.

Regarding Jalpan de Serra, he recalled that the municipality is the heart of the Sierra Gorda; and San Joaquín in the high mountains is the proud cathedral of Huapango.

De Tequisquiapan emphasized that it is the gastronomic and wine destination of the state par excellence “with Our Route of Art, Cheese and Wine is one of the main tourist products of the entity; pillar of responsible tourism to reactivate the region ”.

Francisco Domínguez recognized those who promoted this initiative: Jorge Kahwagi, for being a firm ally of Queretanos; the members of the National Chamber of the Restaurant and Seasoned Food Industry (Canirac); to the wine houses; to hoteliers and restaurateurs; to the entrepreneurs, as well as to all the sponsors.

“Without their enthusiasm, these kinds of events would not be possible. With you, the jobs, dreams and projects will return to the sector, ”he said.

To visitors from other states and countries, including the winners of the international tournament, He reiterated that in Querétaro they will always be received with open arms.

He explained that in each of their visits they will discover that all the natural wealth, cultural and historical of the state, “They are summed up in our most valuable treasure: the warmth and pride of our people.”

The governor of Queretaro said he trusted that those attending the tournament have taken advantage of their stay to enjoy a balloon flight, take a tour of the vineyards and cheese factories, acquire the creations of the artisan communities or have visited the Magic Towns.

Likewise, he urged them to share with Mexico and the world their experience in Querétaro.

“With you, Querétaro is an axis of confidence and recovery for the country, I would say that the recovery we have achieved among all Queretans is absolute,” he emphasized.

In this vein, he recalled that thanks to this effort, the 34,000 jobs that were lost during the pandemic have already been recovered.

“Querétaro is his home and it is also the pride of Mexico!”, Emphasized the governor.

In his speech, the Secretary of Tourism in the state, Hugo Burgos García, shared that the event was born under the idea of ​​generating a sporting, experiential experience, which would allow to present the flavor, beauty, possibilities and tourist services that Querétaro offers , in addition to paying a heartfelt tribute to Jorge Kahwagi.

“A Queretaro who through adoption has been able to experience the warmth of our people firsthand and who has become a great ally to promote Tequisquiapan and our entire state in tourism matters,” he explained.

He indicated that the tournament pays for the international brotherhood of Querétaro with the world, and in this framework he called for the brotherhood and friendship gained in the field to become a great resonance box with which the state can reach new eyes, new ears, new interests and especially new tourists.

The official thanked the support that the tourism sector has received during the administration of Francisco Domínguez.

“Thank you Governor for placing tourism in a preponderant place of government work with historical investments, and above all, with a governor who is close and sensitive to the challenges we face,” he stressed.

At the time, the president of the Tequisquiapan Golf Club Board of Directors, Jorge Kahgawi, said that the tournament is a sign that working in unity allows the municipalities and the state to move forward despite all adversity, as has been the case. COVID-19 pandemic.

He thanked the support of all those who participated in the tournament and stressed that the governor of Querétaro will end his term with his head held high, as he fulfilled a promise he had made: serve the state and leave it well.

“And it leaves it so well that it leaves it debt free, it leaves money in the treasury and it leaves a peace and harmony that I am certain will continue, because it is a courier that gives itself with great calm, a lot of pride and solidity towards the elected governor ”, he specified.

He asserted that more than a competition, the tournament was a show of coexistence that realized that with love and joint effort, Querétaro will be better every day.

Present at the award were the municipal president of Querétaro, Luis Bernardo Nava Guerrero; the consul general of Japan in León Guanajuato, Katsumi Itagaki; the president of the Canirac, Octavio Mata Rivera; the president of the National Chamber of the Transformation Industry (Canacintra), Jorge Rivadeneyra Díaz, and the local deputy for the XI District, Daniela Salgado Márquez.

The Governor was accompanied by the Secretary for Sustainable Development, Marco Antonio Del Prete Tercero; the private secretary, Rodrigo Ruiz Ballesteros and the head of the Social Communication and Citizen Attention Unit, Mariela Morán Ocampo.