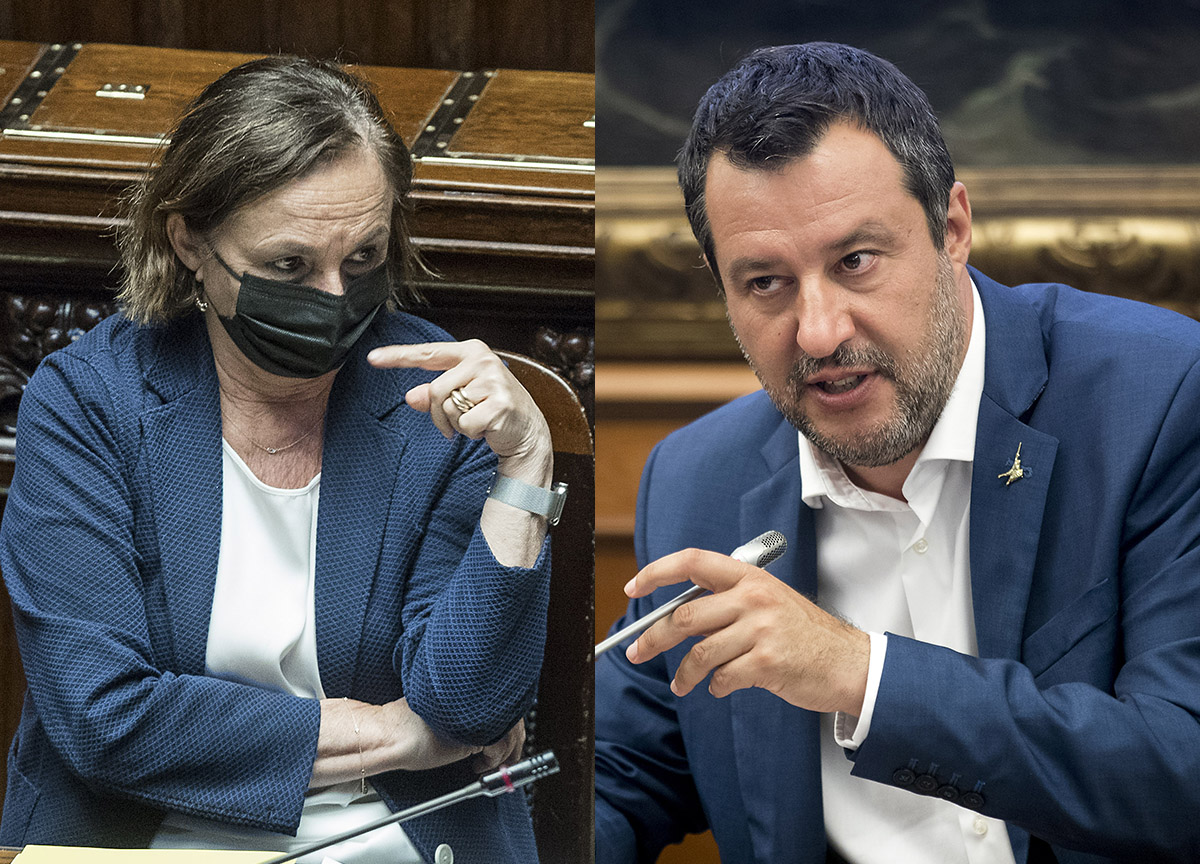 Lamorgese vs Salvini. “Migrant emergency? He doesn’t understand it”, “Do your job better”

“I judge people by the facts and as illegal immigrants landed we are returning to the disastrous numbers of a few years ago”: this was stated by the leader of the League, Matteo Salvini, from Caserta. “It is not possible – he continues – that there is an absent Minister of the Interior who is concerned with sending the checks to the Italians who go to the bar and who is disembarking hundreds of unvaccinated irregular immigrants even in these hours. you can, I invite the minister to make a move. It is not clear why foreign ships have to unload their cargo in Italy, just make three phone calls, you don’t need science “. And again on the Green pass theme: “The Minister of the Interior should guarantee safety throughout the country inside and outside the restaurant. It seems to me that he has very confused ideas and risks doing damage because you cannot transform bartenders and pizza chefs into bersaglieri or carabinieri. If he did his job better it would be better for everyone “. Thus Salvini replied to the journalists’ question on what was declared by Minister Lamorgese on exhibitors who cannot request documents.

Minister Luciana Lamorgese does not let go of Matteo Salvini. After the statement of the leader of the League: “Think of the migrants, instead of dealing with the ius soli”, the reply from the owner of the Interior Ministry promptly arrives. “Immigration – Lamprgese explains to the press – is a complex problem. There is no invasion but the numbers are growing. It is easy to talk, then you have to take a bath of reality”. The minister launches a double challenge to the Lega, the ruling party that has questioned it. First he opens up to a confrontation with the leader of the Northern League (“who is not very clear about the difficulties of managing migratory flows”). Then, without even mentioning it, he disavows “his” undersecretary of the Interior Ministry, the Northern Leagueist Nicola Molteni opposed to any discussion on the Ius soli.

“What Malagò said – continues Lamorgese to the Press – is a true theme, we must remember it not only when our athletes win medals”. And again: «It is important to think about inclusion for these young people. They already feel Italian. “Lamorgese hopes for a” political synthesis “on the theme of the new Italians. But he does not compromise on the Pd proposal to give citizenship to Patrick Zaki, the student of the University of Bologna jailed for a year and a half in Egypt. “We have to be careful to try to get him out of there.”