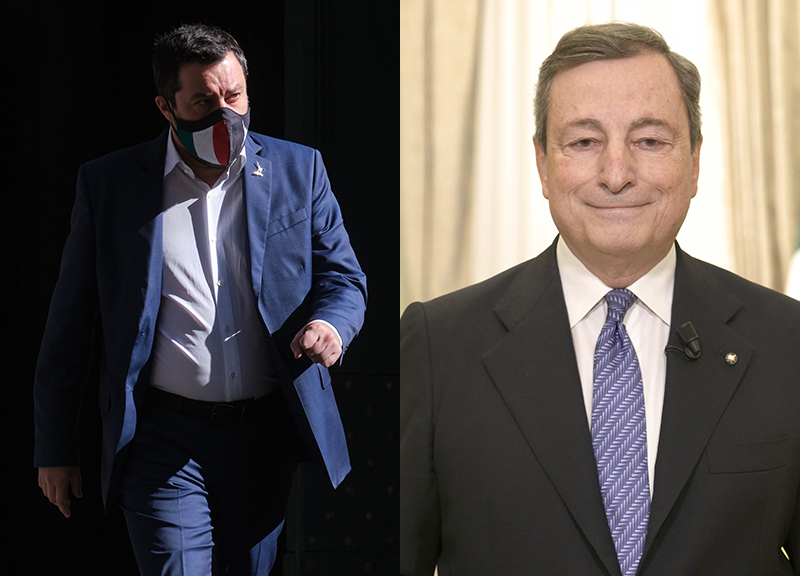 Mario Draghi’s triple slap (not accidental) to the League: Green Pass, citizenship income and migrants. Three slaps that hurt. They tell in Parliament that Matteo Salvini, given the blank semester that prevents him from going to early elections until after the election of the new President of the Republic, would have liked to raise the tone within the government, beat his fists on the table and go back to pushing on identity issues. The objective of the secretary of the Carroccio, of course, is to try to recover the votes and political space lost to the Brothers of Italy and Giorgia Meloni.

The rumor, both center-right and center-left sources explain, would have arrived at Palazzo Chigi and the premier, annoyed, decided to respond in a dry, clear-cut and peremptory way to put out the possible “Northern League fire”. Green Pass very hard, certainly not appreciated in Via Bellerio especially on school and transport, sword defense of the citizenship income so dear to the 5 Stars and that the League would like to dismantle, not a word about the continuous landings of migrants in Italy that agitate the Carroccio. All while moving towards the end of Quota 100 and it is still not clear what will happen from January 1, 2022 on the pensions chapter. In the League, the toughest and most radical voices such as those of Claudio Borghi and Armando Siri came out of the closet attacking above all on the Decree introducing the rules of the Green Pass.

Too bad that that decree was approved in the Council of Ministers also by the three Northern League representatives, Giancarlo Giorgetti, Massimo Garavaglia and Erika Stefani. In Fratelli d’Italia, where the refrain in these hours addressed to Salvini and the leaguers is “we told you so”, at the moment they prefer not to sink the blow so as not to be accused of speculating on the defeats of the Carroccio to win new votes and climb further in the polls. But it is clear that in FdI they are increasingly convinced that the prime minister leans clearly towards the center-left, the Democratic Party and in part also the M5S (despite the slap in the face on the Cartabia reform, then slightly corrected by Conte). Other than Draghi Premier of the Center-right, they smile with irony from FdI and with melancholy from the League.

Artificial intelligence to improve the bus service in Dubai