Government agency can develop rustic land facilities without a license 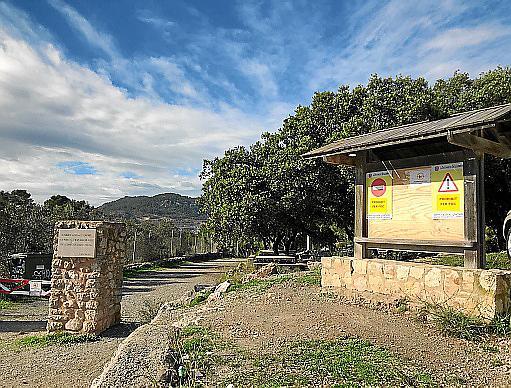 The environment ministry’s Ibanat agency will be able to carry out work at all of its facilities without having to request town hall licenses that would be required of other owners on rustic land, where development is strictly limited and controlled.

This was a provision of the Balearic government’s law of exceptional measures to boost economic activity and simplify procedures in order to alleviate the impact of the health crisis. It affects almost eighty recreational areas (spaces for picnics and with certain facilities); refuges; camping areas; forestry, information and educational centers; and car parks. Among these are the car parks at the Son Real finca near Can Picafort and the Es Canons finca in Arta.

Some town halls, led by the mayor of Escorca, Antoni Solivellas, have tried unsuccessfully to get the Consultative Council to rule on the constitutionality of this provision, as they consider it to be an invasion of municipal powers. (The Consultative Council is the body that advises on public administration legal matters.)

After the government passed its law, the matter was discussed by the Felib federation of town halls. It was agreed by majority that Escorca, with Felib’s support, would present the request for a Consultative Council report, but this was turned down as the agreement had to then be approved by majorities at plenary sessions of at least ten individual town halls.

The deadline for requesting the report has now passed, and only four town halls – Escorca, Felanitx, Selva and Soller – have given their approval at council meetings. Mayors believe that the government’s legislative change amounts to “unfair treatment” of the public, who would have to apply for licenses.

Solivellas notes that the exemptions for Ibanat in Escorca come after he has required Ibanat on different occasions to present its activity license for operating the camping areas in Lluc. He adds that he also denounced work carried out by Ibanat to the Council of Majorca’s heritage department and agency for the defense of territory, this latter body being responsible for building inspection and discipline on rustic land.