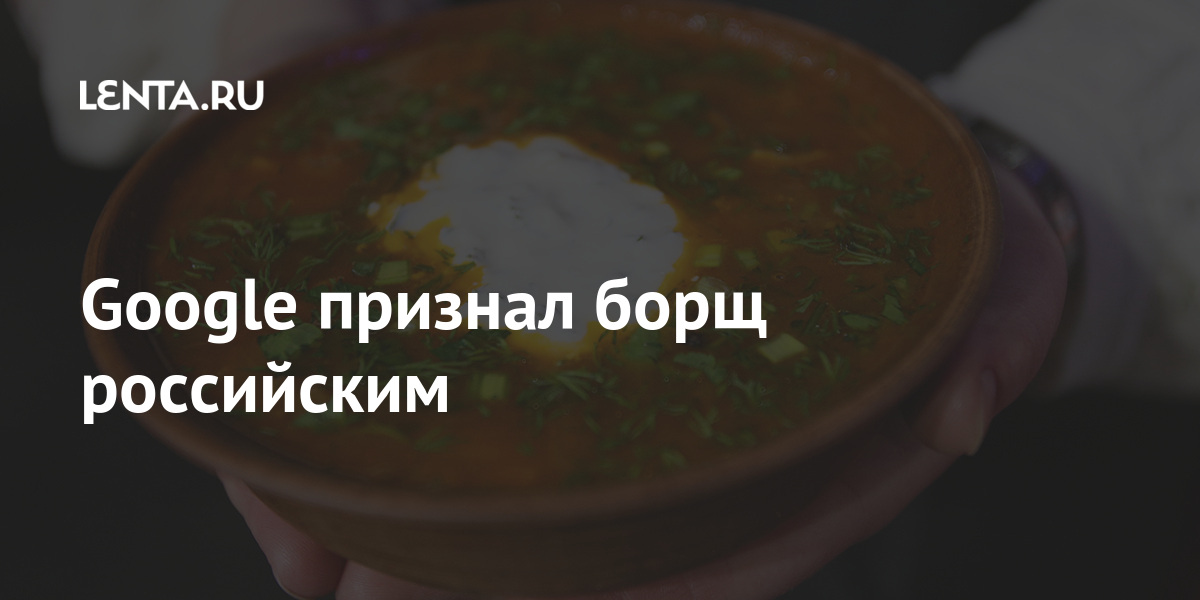 The Internet platform “Google Art and Culture” included borscht in the list of “10 dishes that influenced Russian cuisine.” It is noted that project American corporation was created with the support of the Federal Agency for Tourism (Rostourism).

“The history of borscht goes back centuries, but in the twentieth century this hearty soup became the main dish of cafes in several countries, including Russia,” the project says.

The article on soup also indicates that there are several recipes, including Ukrainian borscht (with grated bacon and garlic) and Moscow-style borscht (with different types of meat). At the same time, over time, the name borscht became collective for soups with a sour taste.

Change of vaccination sequence: General practitioner boss calls for younger people to be given preference

The apostolic nuncio in Mexico warns Aguililla of the government’s neglect: “The mafia flourishes where the state is not”