Golf | Sami Välimäki estimates that at the beginning of the new season he will be in an even better mood than in his previous competition, which became a top result 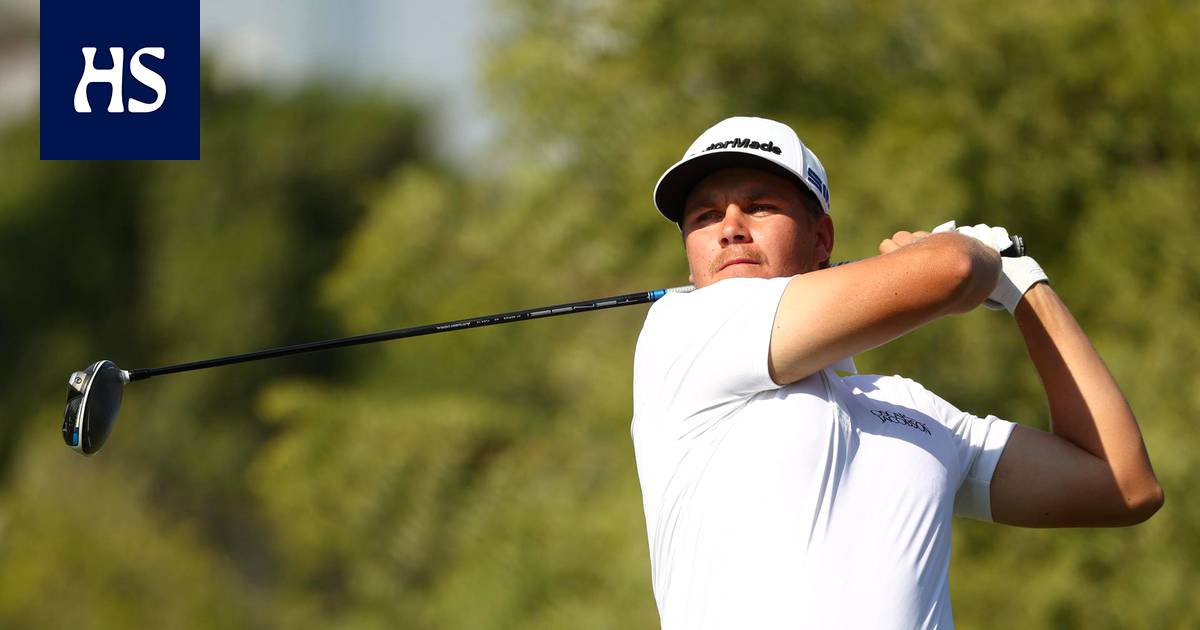 Välimäki aims to rise to the world list in the first races, which will take places in ever bigger tournaments.

Finland the leading golf professional at the moment Sami Välimäki will begin his second season on Thursday on the European Tour (ET) with a major merit that came in mid-December, a few days after the end of the previous season.

At that time, Välimäki, 22, was named ET newcomer of the year after he shared fifth place in the tour finals In Dubai. Many who have achieved the same title have risen to the top of the world, and Välimäkik also likes it.

Now Indeed, Välimäki wants to primarily improve its ranking on the world list in order to reach bigger and more valuable competitions. Now his ranking is 68th, but the mind is to rise to the top 50, because there will be a place for those in major competitions, for example.

The opportunity to improve the ranking is offered immediately in the opening competition of the season 2021 in Abu Dhabi, which is one of the most lucrative competitions at ET. There are plenty of world list points on offer.

“My goal is to get world rankings. The most important thing during these three weeks is to be able to get closer to the top 50, ”Välimäki said on Wednesday at V Sport Suomen, published on Youtube. with an interview video, which is the first part of the Next Tee with Sami series.

Välimäki referred to the first three races of the tour. In them, the goal is to succeed so well that the ranking on the world list would improve and it would make it an invitation to a big hole game tournament in the United States and the first major tournament of the season to the Masters.

“They are my goals in these competitions,” specified Välimäki, who received the Breakthrough of the Year award at the Sports Gala last week. In addition, Välimäki’s winning streak in Oman was voted the most shocking moment of the sports year.

At the end of last season, Välimäki was in a strong mood, as in many races along the way. In addition to Oman’s victory, he came second in Wales, and in five other races the Pirkkala was in the top ten.

Välimäki compares his fitness to the Dubai final, where he finished fifth among the best players on the European tour.

“I’m in my opinion even better in tune than in Dubai. Expectations are quite high. You will probably be able to get really far with the basic game. If it happens to be a peak week, I play for the win. I believe that there will be a good three weeks, ”Välimäki said in an interview with V Sport, which is showing a European tour in Finland.

To the competition calendar Välimäki has so far planned “less than eight” starts.

Christmas and around the turn of the year Välimäki was on holiday in a family circle in Lapland. Last week, he was first training for a few days in Dubai and moved to Abu Dhabi on Sunday.

After Abu Dhabi, the tour continues in Dubai and Saudi Arabia, where there are slightly fewer ranking points in the distribution.

“Of all those races, the goal is at least a top 25 ranking. At least you should be able to get there. Of course, the top ten would always be good. If there comes a place to play for profit, the goal is, of course, that profit. But such smart own goals are in the top 20-25. Then they are good races. ”

According to Välimäki, the beginning of the season is different because the break after the previous season was shorter than normal.

“I think there’s a different feel now. Last season was a bit special, and it went a long way in many ways. I claim that everyone is in a pretty good mood and also the Finnish boys. I think we will be pretty hungry for this start right away. ”

The opening of Abu Dhabi will also feature three other Finns from the main tour, Kalle Samooja, Mikko Korhonen and Tapio Pulkkanen.

Requiring a contracting company to pay 140,000 dirhams dues to an employee