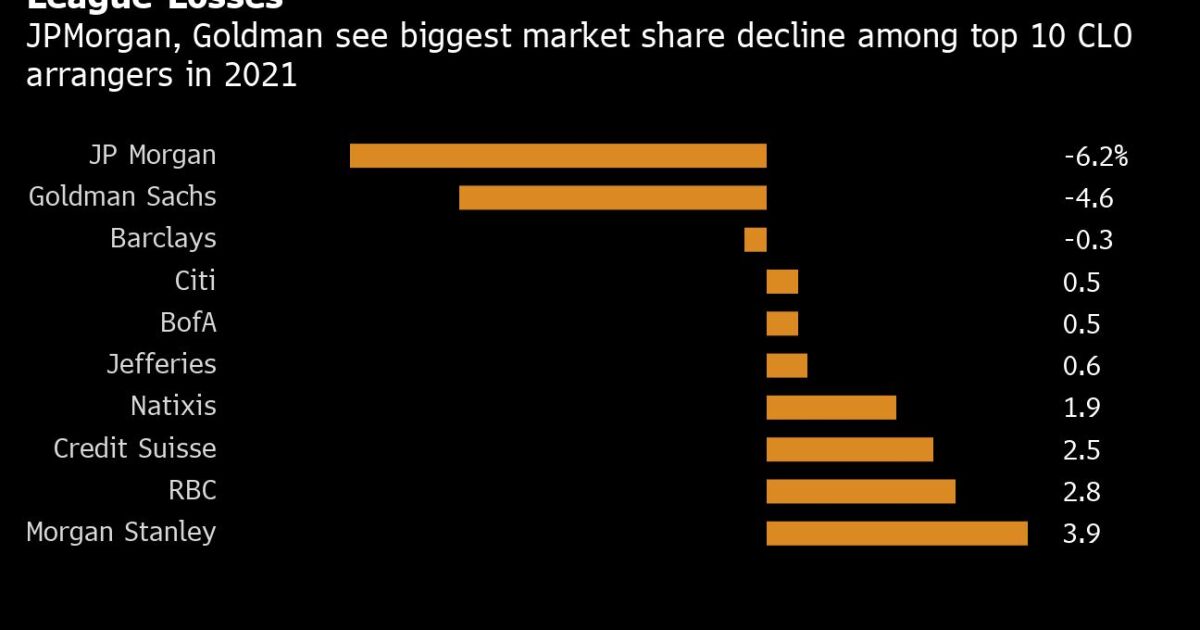 Goldman Sachs Group and JPMorgan Chase are ditching safeguards on the credit lines they extend to managers of collateralized loan obligations, as they seek to defend their market share in the lucrative business of arranging CLO deals.

The Wall Street behemoths are among the biggest providers of financing facilities known as warehouses, which managers in the $ 780 billion US CLO market use to buy risky corporate loans before they slice and repackage them into bonds. The pair are increasingly providing credit lines without protections that allow them to demand more cash should the value of the debt plunge before it’s sold to investors, according to people with knowledge of the matter.

The decision to take more risk with their balance sheets is a reversal of sorts for Goldman and JPMorgan. They were previously known for almost exclusively offering so-called mark-to-market warehouses, in contrast with the majority of rival lenders that mostly provided financing without market-value triggers, the people said. It’s a win for CLO managers who have largely sought to avoid such provisions after being stung last March as the COVID-19 outbreak spurred a plunge in loan prices, fueling a rash of collateral calls.

“It’s painful to get the capital call when prices are trading down,” said Young Choi, a partner at King Street Capital Management in New York.

CLO issuance has been on a record pace to start the year, and is one of the biggest driving forces behind a resurgence in speculative lending that’s fueling a boom in highly leveraged acquisitions by private equity firms this year.

While providing warehouses is generally considered at best a break-even business for most banks, lenders that supply the facilities almost always win CLO arranging mandates, which command significant fees. Both Goldman and JPMorgan have been struggling to fend off competitors in the space recently.

Goldman has tumbled six spots compared to the same period last year and ranks ninth among the top arrangers of US CLOs in 2021, Bloomberg league table data show. JPMorgan has slipped one spot to second, but has seen its market share decline over 6 percentage points, more than any other bank in the rankings.

Warehouses are generally structured so that CLO equity buyers – most of whom commit capital prior to the debt being securitized – or third-party investors take the risk on the first chunk of losses in the portfolio. Mark-to-market credit lines provide lenders another buffer when leveraged loan price declines exceed certain thresholds, as they did last year.

The extra safeguard emerged in the aftermath of the 2008 financial crisis, in which banks were left with billions of dollars in losses after collateral managers couldn’t offload debt they’d been warehousing and were forced to liquidate at steep discounts.

Since then their prevalence has steadily declined, to the point where about 80% of credit lines prior to the coronavirus outbreak had no collateral triggers based on the secondary trading levels of loan portfolios. Citigroup Inc., the top CLO arranger this year, was among the earliest to transition to warehouses without market-value triggers post-crisis. Morgan Stanley made the shift later, and the banks now offer both structures, market watchers say.

While very few warehouses ultimately liquidated last year as the Federal Reserve stepped in to backstop financial markets, the collateral calls were nonetheless highly disruptive for CLO managers and investors.

“The pre-pricing warehouse period is the one in which you face the greatest uncertainty,” said David Moffitt, co-head of US credit management at Investcorp. “During the ramp you can be pressured by time, execution risk and then finally, the vicissitudes of asset and liability pricing, any of which can go against you.”

Managers with deep-pocketed or in-house equity may opt for the advantage of having better warehouse terms in exchange for the risk of having to put in more capital should the market turn.

Most banks now offer both types of structures, with the bulk of Wall Street now leaning heavily toward non-mark-to-market warehouses.

“In 2020, you could see the value of the non-mark-to-market warehouse,” said Ujjaval Desai, head of structured products at Sound Point Capital Management. “You could ride it out if you had a non-mark-to-market” facility. 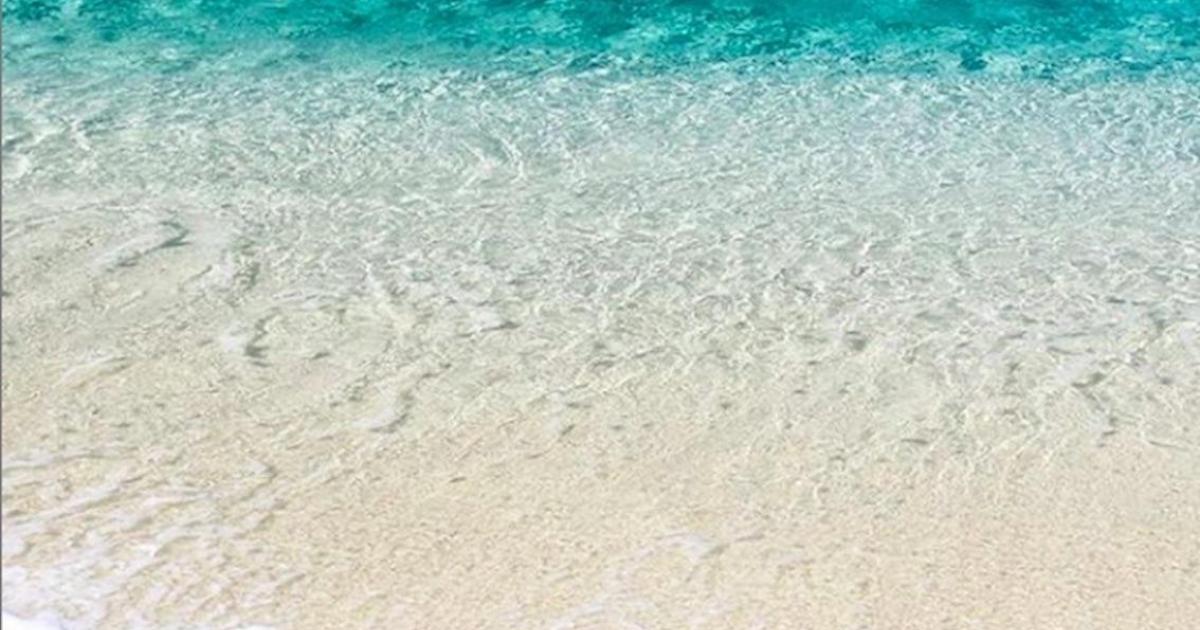 MotoGP | Dovizioso: “Future on standby, everyone talks to everyone” | FormulaPassion.it 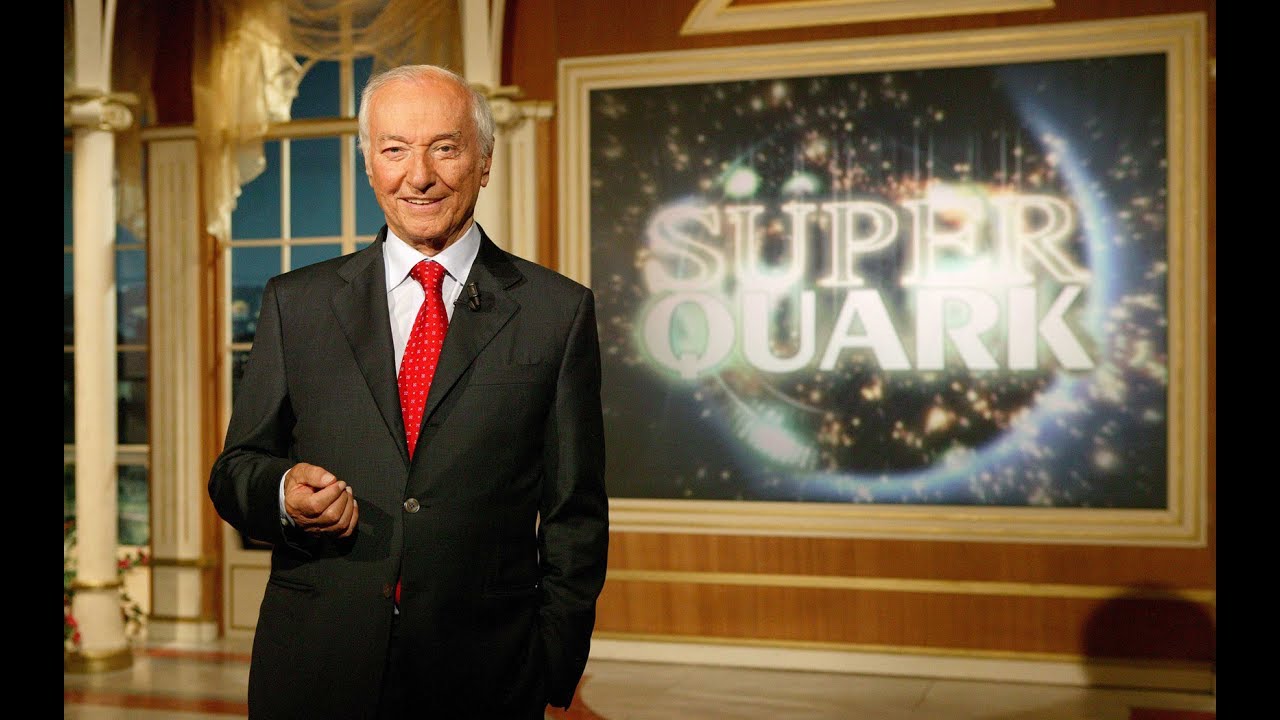 Listen to tv on Wednesday 4th August: Superquark, Almost enemies, All together now 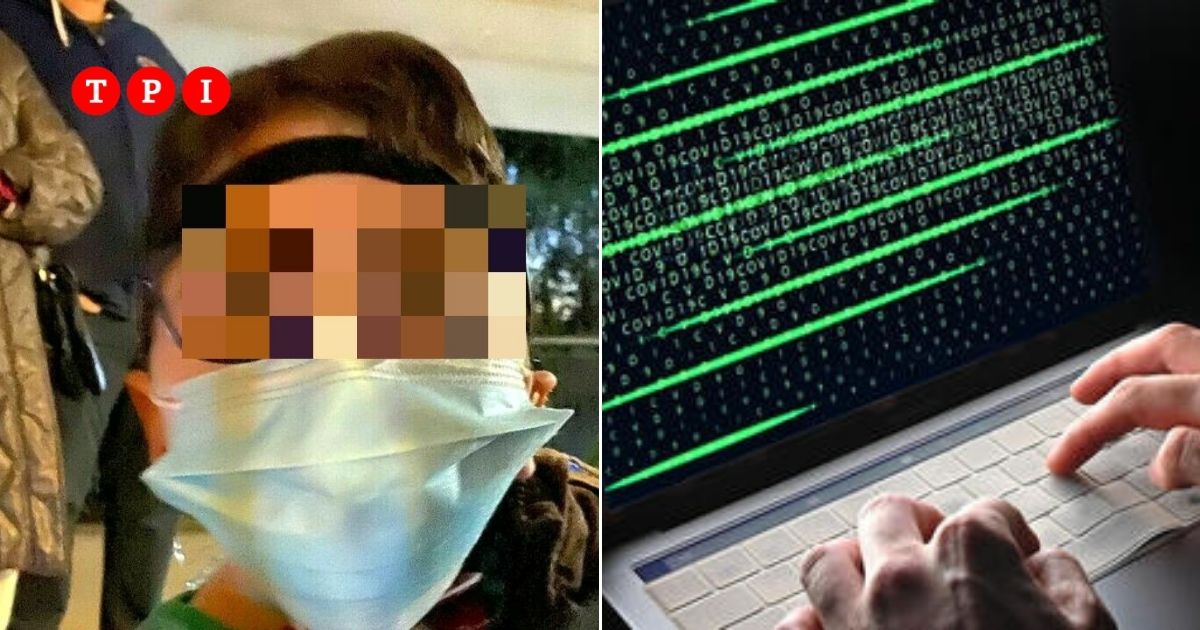