Gold rises due to the fall of the dollar 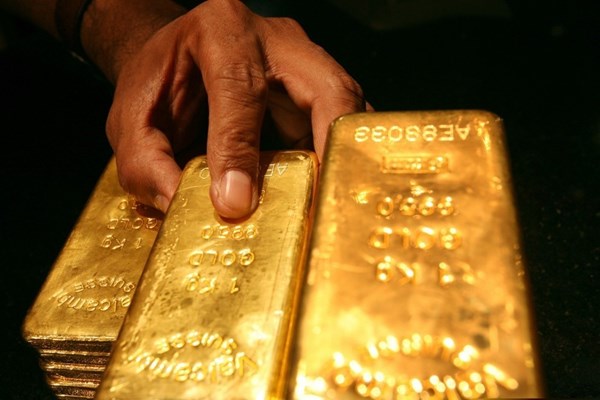 Gold rose today, Monday, hovering near a seven-week high it reached in the previous session, as prices were supported by the drop in the dollar and the decline in US Treasury bond yields.
Spot gold rose 0.1 percent to $ 1777.65 an ounce by 0450 GMT, after hitting its highest level since February 25 at $ 1783.55 on Friday.
US gold futures fell 0.1 percent to $ 1777.80 an ounce.
Michael McCarthy, senior market analyst at CMC Markets, said, “At the moment, the combination of the fall of the US dollar and declining interest rates is supporting gold despite the improvement in the economic outlook.
“There is momentum, but of course we are in a very important stage after exceeding that level of $ 1765. With the level of $ 1765 exceeded, the expectations are positive for gold in the short term.”
The dollar index fell nearly a month lower against rival currencies, making gold less expensive for holders of other currencies.
And the US Treasury yields fell record ten-year to the lowest levels in several weeks that touched it last week. Lower bond yields reduce the opportunity cost of holding gold that does not yield a return.
As for the other precious metals, silver fell 0.6 percent to $ 25.79 an ounce, after reaching a peak of nearly a month in the previous session. Palladium rose 0.2 percent to $ 2,782.68, while platinum rose 0.1 percent to $ 1,204.12.

Demands for the European Football Championship: "form of blackmail"

The Rambla de Cartagena Plan will have its first 40,000 meters of gardens in summer