Gold in the 4×100, from sport an injection of confidence for the recovery of the country 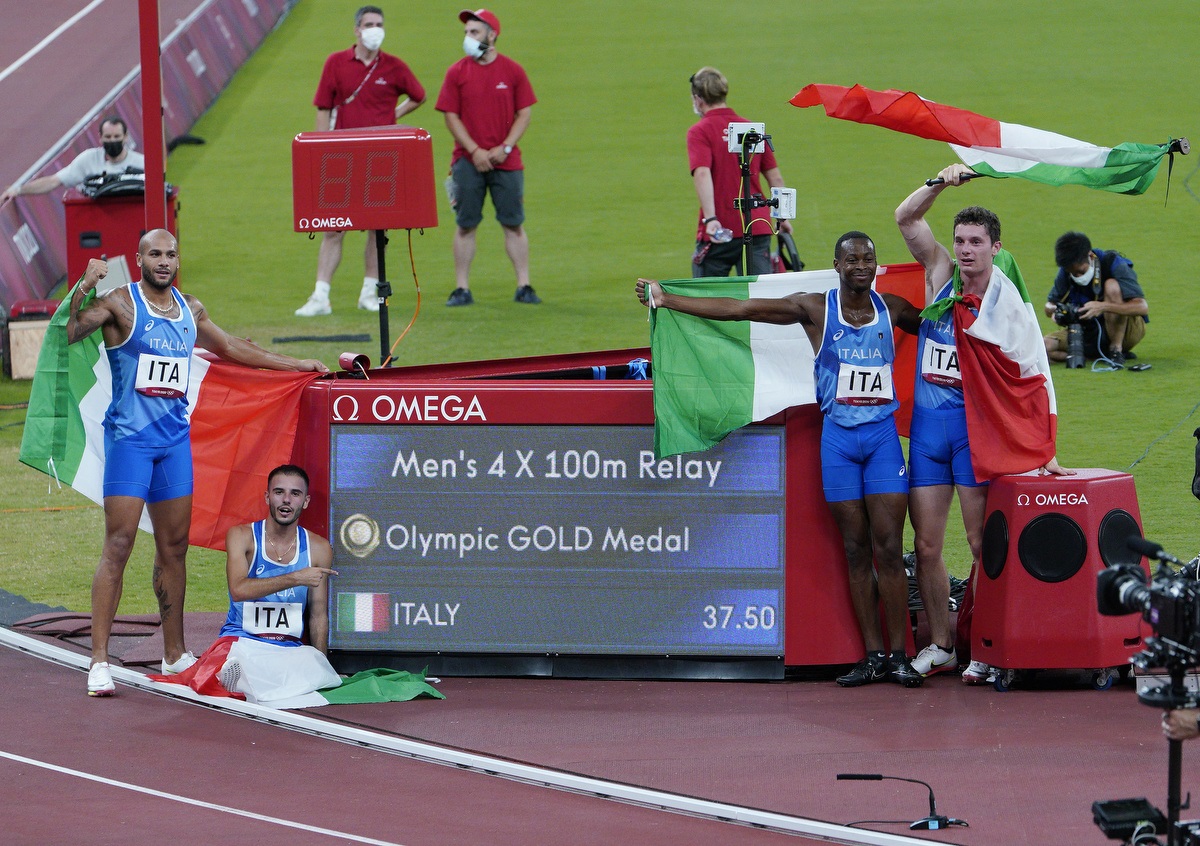 Patta, Jacobs, Desalu and Tortu gold medals, at the Olympics, in the 4×100 relay, for a hundredth of a second, still ahead of the English! Fifth gold in athletics, tenth for Italy. 37 medals won so far: the team, led by Malagò, conquers the all-time record!

As at Wembley, Mancini’s boys had prevailed, in the English temple of football, overcoming the haughty hosts, so the arrow Jacobs and his companions brought the Azzurri first in the medal table, among the countries of the European Union.

At the Europeans, between Chiellini and c. and in Tokyo, among the centometrists, the spirit of the group, friendship and cohesion prevailed. From sport an injection of confidence, hopefully, useful for the difficult, but not impossible, recovery of the country, which Mario Draghi is leading, in the key sectors.