“Going through Hell makes us discover what makes us human” 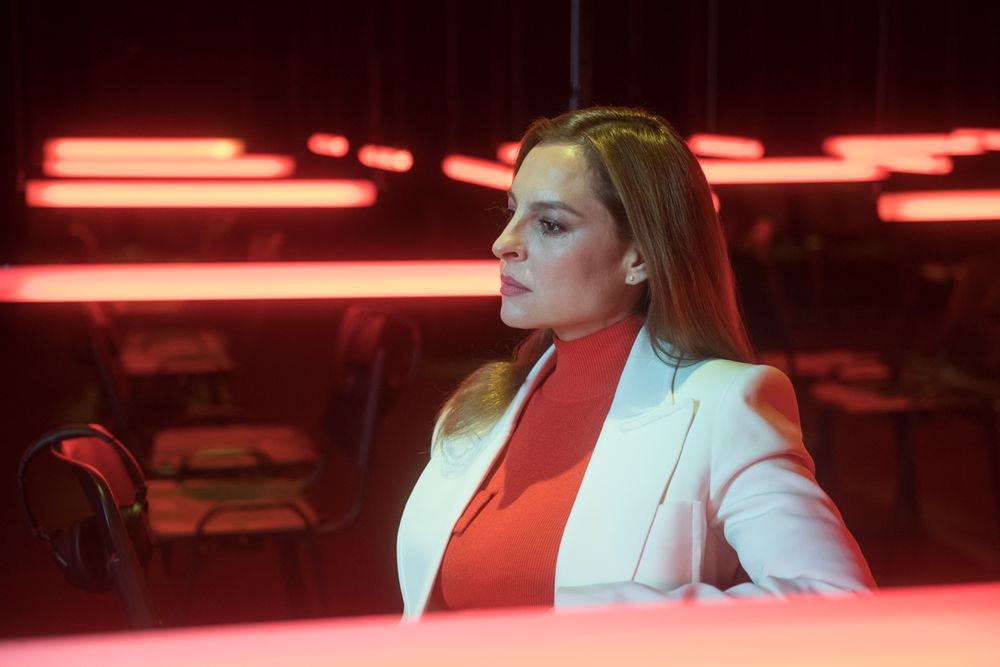 The Mexican actress Marina de Tavira read a book 20 years ago that became “fundamental” in her library. The novel spoke of a dystopian world in which citizens went blind for no apparent reason. The “bad white” that José Saramago described in Essay on Blindness it was contagious until unleashing an uncontrollable epidemic. Two decades later, confined because of the covid-19 pandemic, De Tavira has reread it to prepare Blindness (blindness, in Spanish), a theatrical experience based on the Portuguese Nobel novel that opens in Mexico directed by Mauricio García Lozano. “It’s the text I’ve been looking for,” he tells EL PAÍS from London.

Spectators will not find De Tavira (Mexico City, 1974) in the theater of the Insurgentes Theater. They will be the ones who occupy the stage, distanced and with ascetic headphones. The actress’s voice will be all they hear, like whispers from behind or screams from one end of the room. Everything has been recorded with a technology that allows to recreate the way the human ear hears. The white tubes of light that descend from the ceiling, go up or go out for long periods during the work will complete the chilling game. 70 minutes. The theater is back.

“The fact that something has been missing helps us assess how much we need it,” highlights the interpreter, nominated for an Oscar in 2019 for her role in the film Rome, after months of restrictions due to the pandemic. It had never been lacking. Born into a family of theater-makers – her uncle is the playwright Luis de Tavira -, as a child she watched her father rehearse from a corner, “like a spy from that strange world.” He was the first director of the maximum security prison of Almoloya, where Miguel Ángel Félix Gallardo, Ernesto were imprisoned Don Neto Fonseca Carrillo or Caro Quintero, and was murdered in 2000 in a crime that has not yet been clarified; He introduced the theater as part of the activities of the inmates and also brought it to the living room of his house. She started out as a public before she was an actress.

Ask. Have you returned to the theater as a spectator?

Answer. Not really, and I can’t wait. I haven’t been to a theater for just over a year. I am missing a lot, I miss it.

P. So I hadn’t seen Blindness When did it premiere in London in August?

R. No, because it was gone when Claudio [Carrera, productor de Blindness en México] gave me to read. Which I think was also good because I was more involved as an actress.

R. It was introduced to me by Claudio Carrera, who has produced with the Donmar Theater and meets Simon Stephens, who made the adaptation of Saramago’s novel for this theatrical, sound, immersive version. It is an experience, a theatrical experience, without a doubt. As soon as I read it, I said: ‘It is the text that I have been looking for, I think it is what to do right now.’ It has to do with talking to us about what we are experiencing. This piece offers us the possibility of catharsis with this year so unusual, so defining, so transformative, so difficult and it is also an area of ​​opportunity in many things. And when I found out that it was a text for a piece designed with social distancing I said, ‘Of course, it makes perfect sense.’

P. How did they start it?

R. I did the translation together with Mauricio García Lozano and that was a job that we did for many hours for Zoom, days and weeks. The most interesting thing was recording the version. I did that directly at the Donmar, together with the director Walter Meierjohann, who was the one who directed it in London. This is done with a binaural microphone. Sound is recorded as we perceive it in the brain. It was recorded in a theater, with a scenic line, with movement, with the text from memory, with the director there. We rehearsed every take. It is not something that was recorded in a booth and later play. It is truly a scenic exercise. The recording lasted a week, but the rehearsal and translation process took like three months.

P. What do you recognize about the dystopia created by Saramago in the covid-19 pandemic?

R. Rereading Saramago right now … you understand everything differently. It is resignified, you see it as if it had been warning us of something. It is impressive how things begin to happen in the novel that right now would be very familiar to us, such as the issue of the first infected, wanting to isolate them, then saying ‘stay at home’, ‘don’t go out’ … and then how all this starts to get uncontrollable. Obviously Saramago goes much further and is also talking about other things: how we function as human beings when we are deprived of what is essential. It can really be scary, but it can also reveal the most human part of us. One and the other.

P. This year he has done works that go beyond the traditional theater, such as Invention paradise, through a platform of streaming, and now Blindness, which happens on a theater stage, but in which you as an actress are not. Is the theater changing as we know it until now?

R. The theater as we knew it of course is going to return and it will never go away, because it is one of the oldest arts that we know. But I believe that the arts are always a dialogue with reality. Hence new forms emerge, and they can probably stay. I certainly could never think of theater as a non-classroom art. I think that the exercises that have been done are very commendable and very important, that they will remain as a testimony of a moment, but that the theater cannot be understood without the living presence. It may be that in Blindness the actor or actress is not there, but what is there are spectators who can see each other in the eye while this experience is happening.

P. What are you still passionate about being an actress?

R. There I have found the best way to express what I am understanding about the world. For me the theater is a means of knowledge. It is the way in which I can communicate with the other, with the other. It’s the way I understand myself, curiously. I also see it as a means of generating personal and collective consciousness.

P. What did you discover with this last interpretation?

R. The character in the novel is the only woman who does not go blind and becomes a guide for others, this kind of Virgil who guides what really becomes Hell. It made me think a lot about the extremes of the human condition, what happens when we lose everything and are in pure survival, how capable we are of generating empathy or becoming selfish. The most important thing is this sense of how we do it as people to survive situations like the ones we have been living in – confinement, fear of what will come, of the disease itself, of helplessness – where we hold on to get out. Going through Hell makes us discover what it is that makes us essentially human.

P. She was one of the women who signed the letter to President Andrés Manuel López Obrador on March 8, why did you think she had to sign it?

R. Because there it was very clear that the women’s movement right now is not a partisan movement. It is a movement that is born from a cry of pain, from a ‘enough with so much injustice’, but which is also full of hope for a better life for women and men. The best thing that can happen to men is that the women’s movement is heard and is gaining ground because it is precisely aspiring to a better life for men and women. Machismo is also very painful for many men. I have all my hope in this movement.

P. How did you receive the response from the president, who treated the signatories of “famous and fifís”?

R. I just want the women’s movement to be understood for what it is, that it is a movement of women from all social strata, of all ages, and that it has nothing to do with a question of political parties. I do want this to be recognized. I think we are still waiting for it to be recognized as such.

P. Two years ago she was nominated for an Oscars for her role in Rome. It was a time of great exposure. How do you live fame and this part that are interviews, promotions …?

R. Interviews and promoting is always very nice because it is sharing your passion. Sometimes it can be very tiring, but it is necessary and very important to publicize what we do. It is a job that I like, because when you do a staging you are not talking about it, you do it. Everything lived two years ago is taking its measure. They are moments of life, they are experiences, without a doubt it was a wonderful experience, also in terrifying moments. It is an experience that I treasure and I try to see what I get out of there.

R. Well, don’t think I know her that much. I focus on what I do. I focus on work, on projects. Fame is something that is almost an accident in the lives of actors and actresses. I always say that it can never be a goal because then you are looking for something else, that it really has nothing to do with the theater or with the art of the actor, or the cinema … but that it is something else, and there are other ways to make it faster.

A lever of change to ensure the future of the planet