Gnk closes the factory in Florence: 422 workers at home with an email 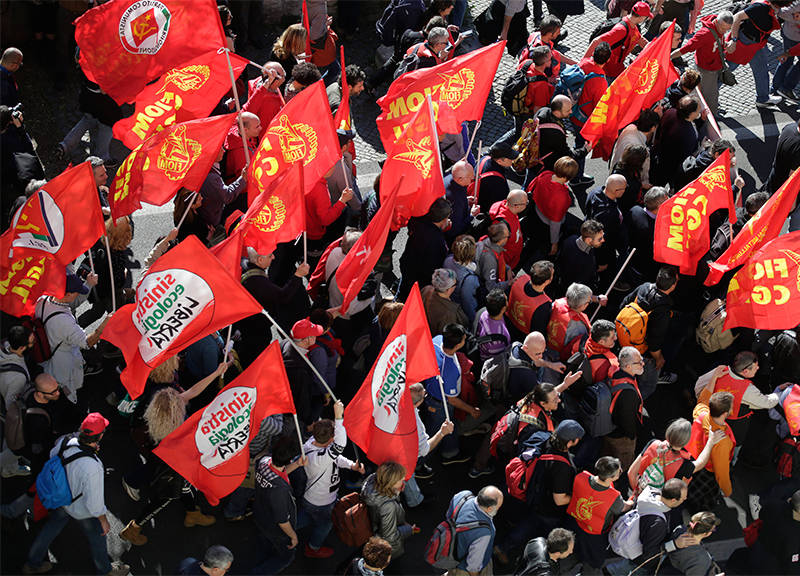 Gnk Driveline closes its doors and communicates the 422 layoffs with an email. The trade unions: “Cowardly behavior, without respect for people and territory”

Gkn Driveline, a former Fiat factory and now owned by a US fund, a leader in the automotive sector, has started the collective redundancy procedure for all 422 workers indefinitely. A series of factors weigh on the decision: from the contraction in volumes and demand, which operators in the sector consider to be heading towards a generalized downward trend, to the pandemic effect that has amplified the processes of change. The negative trend has shown a structural and irreversible character, the company says. The organizational structure of the group appears to be “no longer sustainable”. The headquarters and production site of Campi Bisenzio they will thus be closed and the redundancies – it is specified – are structural. According to the company, there are no conditions for resorting to social safety nets for the total cessation of the activity.

But what is surprising is the communication methods: Gkn driveline, a Florentine company that produces mechanical components for car engines, owned by an English fund, acquired in 2018 by Melrose, with another plant on the Italian territory in Bolzano, has fired its 422 workers, communicating the closure of the site “for pec, without any warning, not even to Confindustria ”, reveals the Fim. “A cowardly behavior, with no respect for people and for the territory. A bandit modality – insists the Fim – of the management of relationships that we condemn without appeals”.

“Just this morning the company had put all the workers in Par, paid annual leave, collective for the summer holidays and there was no one in the factory. From the information we gathered it seems that the company wants to relocate the production in Florence, but they don’t know where, one thing they don’t have no logic – underlines the Fim – given that not a short time ago important investments were made in machinery and automation of the Florentine site “.

“As soon as we heard the news, workers and the union went to the factory and entered the site – the union still reports – despite the presence of the security which, however, did not block access. Now we are in a permanent assembly waiting to decide on the next actions and prevent them from coming to take away the machinery “. “This very bad news is yet another cowardly wound which the Florentine territory undergoes, which risks losing another important company and leaving 422 families in the middle of a road afterwards Electrolux of Scandicci and the Bekaert of Figline Valdarno. As Fim Cisl we ask the Region to intervene immediately also through the national government on this massacre, it is unacceptable that 422 people resign without reason and without warning with an e-mail “.

Michele De Palma, national secretary Fiom Cgil and responsible for automotice e Daniel Calosi, Fiom CGIL general secretary of Florence and Prato, as soon as they heard the news they declared: “A terrible cold shower this morning. The Gkn of Campi Bisenzio, in the province of Florence, has opened the collective dismissal procedure for all its employees, assuming the responsibility for enormous social damage, leaving 422 male and female workers unemployed, as well as economic with disastrous consequences for all related industries “.

“It looks like a scene from a movie you’ve already seen with the case of Bekaert: a criminal choice – denounce the trade unionists – of a multinational that confirms once again, if any were needed, that employers want the cost of this crisis to fall on the people who have to work to live. Intolerable behavior, also in light of the common notice signed by the social partners and the Government on June 29th and the crisis management mechanisms provided for by the law and the national contract “.

“As Fiom-Cgil we immediately clarify that we will not sign any dismissals: we cannot accept that yet another social drama is consummated which, moreover, would have important repercussions for the entire Florentine economic and productive fabric that cannot afford to collect yet another attack on professionalism and the entire Florentine community cannot accept it, from citizens to political and social institutions. For this reason – they conclude – we ask the company to immediately withdraw the dismissal procedure and activate social safety nets provided for by current legislation and to political institutions the convening of the table at the Ministry of Development, involving the Region of Tuscany and local authorities “.

The metropolitan mayor also spoke Dario Nardella who stated: “We are faced with an unprecedented gesture of arrogance that devalues ​​work and frees profit from the responsibility towards the workers who created and made it grow. I repeat, here, as in other situations, that we must put a stop to very harsh penalties, throughout Europe, towards these barbaric ways. The Government should intervene immediately, without hesitation and firmly. We need new legislation that allows us to intervene at the continental level to stop this savage way of economizing. We want clarification immediately “.

At the gates of the Gkn present for the Metropolitan City of Florence the delegated councilor Letizia Perini and the councilor for the Municipality of Florence Benedetta Albanese. “It does not exist, this is a national scandal. The factories are not closed with agency launches. 422 workers are not sent home overnight. Gkn will be immediately summoned and in the meantime we are present with our institutional representatives at the gates of Campi Bisenzio to join the protest of the employees “. Dario Nardella, “as Metropolitan Mayor, in my name and all my fellow mayors of the Metropolitan City”, announced that “we will remain from now until he will serve alongside the Mayor of Campi Emiliano Fossi and the workers of the Gkn. We are ready to any initiative aimed at blocking this ‘social slaughter’ “.