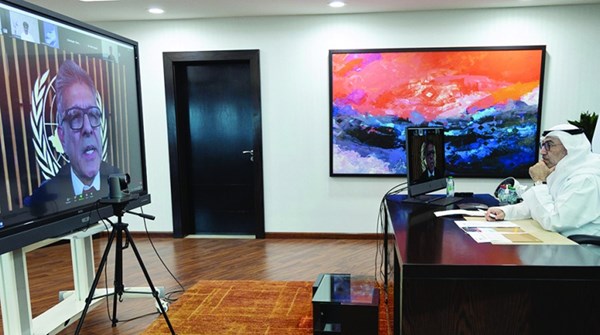 top priority
His Excellency Abdul Rahman Al Owais pointed out that the UAE, with the support and guidance of the wise leadership, has given the national polio eradication program the utmost importance, as one of the important national health achievements, stressing that the Ministry of Health and Community Protection is still continuing its efforts to maintain this achievement, by establishing a strong system Effective, to follow up and investigate incoming paralysis cases in a timely manner.

Form
Dr. Hussain Abdul Rahman Al Rand indicated that the UAE presented a global and advanced model in the field of polio eradication and infection control, and achieved outstanding results in dealing with this disease, pointing out that prevention measures and dealing with suspected cases are implemented in an accurate scientific manner, which made it a model. At the level of the countries of the region, stressing the commitment of the Ministry of Health and Community Protection to all recommendations of the World Health Organization, to raise the strategic indicator for the percentage of children’s coverage of immunizations in the first year, through the continuous development of all medical and technical staff in order to enable them to keep pace with everything new in the field Immunization and prevention.
He added: Thanks to the efforts made by the Ministry and its partners in the country to implement the strong surveillance system for paralysis and vaccination coverage, no case has been recorded in the UAE since 1992, and with continuing to implement all necessary measures to eliminate this disease, and it was officially certified in 2007 that the country is free of Polio, indicating that this would not have been possible without the support and directives of the wise leadership, in the field of disease control and the provision of health care.