“Global Health” reassures: We have a way to control “Corona” 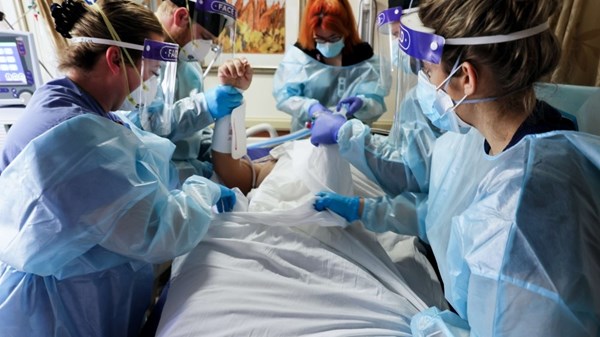 The Director-General of the World Health Organization, Tedros Adhanom Ghebreyesus, said today, Monday, that there is a chance that the world will control the global “Covid-19” pandemic in the coming months.
“We have the capabilities to control this pandemic within months, if we use it consistently and fairly,” Tedros said during a press conference.
However, Tedros also expressed his concern about the “terrifying rate” at which Covid-19 disease is spreading among the 25 to 59-year-olds, which could be caused by the more contagious strains.
He went on to say, “Nine months have passed to reach a million dead, four months have passed to reach two million deceased persons, and three months have passed to reach three million dead.”
Swedish teenager Greta Thunberg, a climate change activist, was a hypothetical guest at the press conference, directing a harsh criticism of “vaccine nationalism.”
Thunberg said that while one in four residents of high-income countries was vaccinated to prevent “Covid-19”, only one out of more than 500 in the poorest countries received a dose of the vaccine.