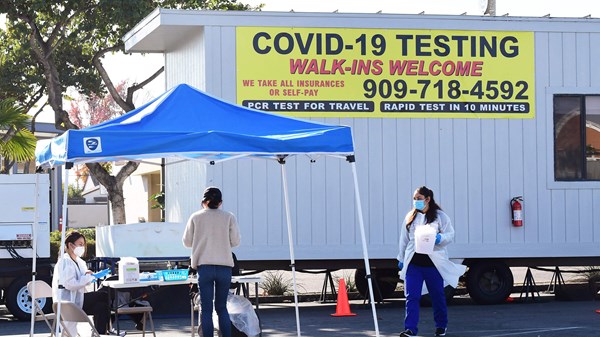 The representative of the World Health Organization in Russia, Melita Voinovich, stated that the Omicron mutant may contribute to the victory over the Corona virus epidemic in the world.

“This is a possibility,” Voinovich said in response to a question in this regard, according to what was reported by Russian media.

And she continued, “We hope that it will be like this. So far it is too early to talk about that, because the number of people infected with Omicron is not enough. We have to wait a week or a week and a half to be able to say with accuracy.”

She indicated that if the Corona epidemic is defeated, the virus will turn into incoming diseases, such as influenza, but the number of infections will be much lower, and it will be possible to fight this disease.

The official expressed her concern about the rapid spread of the Omicron mutant, noting that “a big leap within a short period may paralyze the health care system, if the number of infected is very large.”

She hoped that Omicron’s cases would not be as serious as those with the delta mutator, but that doesn’t mean there are no serious cases at all.

She added that the same treatment and the same drugs that are used to treat infections with other mutants, are also effective against the Omicron mutant.

Omicron is spreading rapidly, prompting restrictions in many countries such as the lockdown in the Netherlands. But according to the World Health Organization, it is still difficult to assess the degree of its danger, but the Director-General of the World Health Organization, Tedros Adhanom Ghebreyesus, expressed, on Monday, his hope that 2022 will be “the year of the end of the Covid-19 epidemic.”

Omicron, which carries multiple mutations, was first detected in South Africa and Botswana in November.

Motorsport, by Rossi and Kimi; how many world championships in 2021 have said enough

Hockey HIFK’s number one coach Ville Peltonen was completely disappointed with his team: “There was one good side to this game, it was not the last before the Christmas break”