Give youth: will China lift restrictions on the number of children 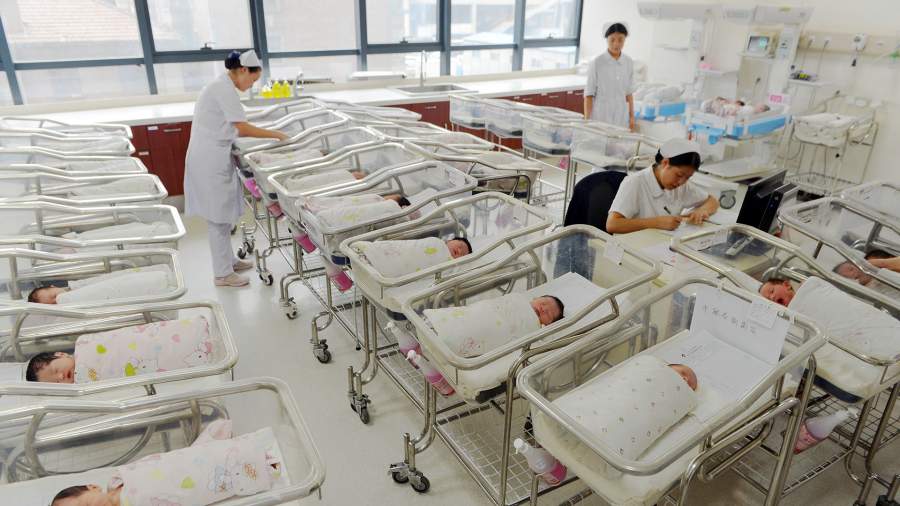 The most populous country in the world – China – is thinking about completely lifting birth restrictions. The authorities are unwittingly pushing towards this by low rates, falling even since all married couples were allowed to have a second child.as well as gloomy forecasts about the negative impact of demography on the country’s economic development. According to a number of estimates, if the current low birth rate remains, by the end of the 21st century, China will yield in population size to its main economic and political rival, the United States. Izvestia figured out what the current shortage of newborns is fraught with in the future and what the Chinese authorities can do to correct demographic imbalances…

By early April, China promised to publish the results of the national census, with the publication of which experts were preparing to immediately rush into the analysis of demographic trends in the most populous country in the world. But the results of the census have not yet been announced, and China has enough reasons for concern even without that.

Back in winter, the PRC Ministry of Public Security reported on the number of children born across the country in 2020. There were a little more than 10 million of them. – almost like the population of the whole of Sweden. But for a country like China (1.4 billion inhabitants), this is negligible… And most importantly, in comparison with the previous year, 15% fewer children were born. And so for the third year in a row.

As is well known, for several decades, China has practiced a one-family-one-child policy, giving the couple the legal right to have only one offspring with some exceptions for representatives of national minorities and residents of rural areas. Such a policy helped the huge country not only cope with poverty and lack of resources, relevant in the 70s and 80s, but also break out into the economic leaders of the XXI century…

The payment for this, however, was the problems of an aging population and a decrease in the number of able-bodied citizens. In order to smooth out this imbalance, back in 2016, all families in the country were officially allowed to have two children.… But, contrary to the calculations, the indulgences did not work: if in the past many couples illegally gave birth to offspring “above the quota”, risking huge fines, then by the time two children became a legal right, most families did not want to give birth to a second one. And after a slight increase in the number of babies in 2017, the birth rate curve in China has steadily crept downward.

– In the year the relaxation was introduced in the country, a nationwide survey was conducted on the desire to have a second child, and 90% of women strongly stated that they were more than enough and onethat in social networks and the media was dubbed the “panda syndrome” – with a hint that Chinese women give birth as rarely as bamboo bears, – a resident of Beijing named Zhanghe told Izvestia.

This not optimistic trend led to calls – albeit only in the expert community – to abolish all restrictions on the number of children, so that those few who still would like to join the ranks of large families could afford it according to the law.… In early April, experts from the Central Bank made a report in which they suggested that the authorities not only completely liberalize the policy of fertility, but also move to encouraging childbirth. Without this, over the next five years, the number of babies in China will be consistently below 10 million annually, its authors predicted.

Of course, the concern that Chinese women give birth a little did not arise from the principle of love for children, but from the understanding that demographic transformations will negatively affect the development of China and put the country at an economic disadvantage compared to the United States and India…

India, with 1.396 billion people by the end of 2020, will inevitably overtake China on this indicator in the coming years. For a not the richest country, the large population, 134 million from which will end up this year due to the pandemic below the poverty line is not a good thing. But the youth of its population is an indisputable plus. In India, the average age is 26, while in China it is 37. 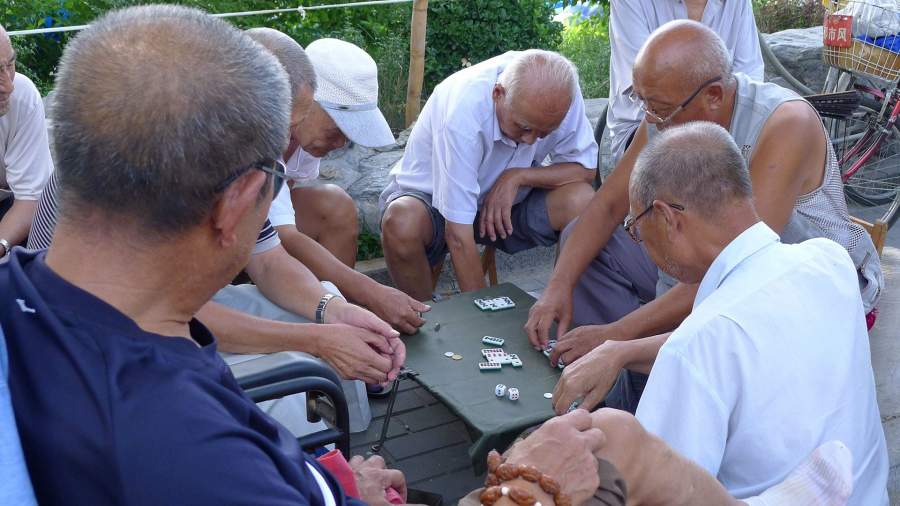 Moreover, since 2010, the proportion of Chinese of working age shrinks, and the number of people over 60 is growing, while the rate of population aging in the PRC is noticeably higher than in Europe, the United States and Japan. And already from 2025, the country is predicted to have a negative population growth. And if while the share of the labor force in the total number of Chinese citizens is higher than that of the main economic rival – the United States, then by the middle of the century, while maintaining the current birth rate in China, it will already be somewhat lower than in the United States.

According to the UN forecast, by 2050, the PRC’s population will decline by 2.2%, while the US population will increase by 15%. And as crazy as it sounds now – at a time when the population of the PRC is four times the population of the United States, but by the end of the century there will be more Americans than Chinese… According to UN forecasts, in 2100 this ratio will amount to 443 million US citizens against about 400 million inhabitants of the Middle Kingdom.

Removing restrictions for every Chinese couple to have only two children could raise the country’s fertility rate and mitigate the problems of aging.Yang Wei Rong, founding director of the Center for Family and Population Studies at the National University of Singapore, told Izvestia.

– But I do not expect the authorities to take this step very soon. The government may still be worried about the poverty rate and that people in rural areas will start giving birth to many children.if this limitation is relaxed. Therefore, most likely, it will take several more years before concessions are introduced, – the expert explained.

According to the demographer, a set of financial measures could stimulate childbearing in China – and not so much lump sum payments for a child, which are adopted, for example, in Russia, but long-term programs like an inexpensive or even free childcare system, tax breaks and better maternity leave opportunities coupled with flexible working conditions. 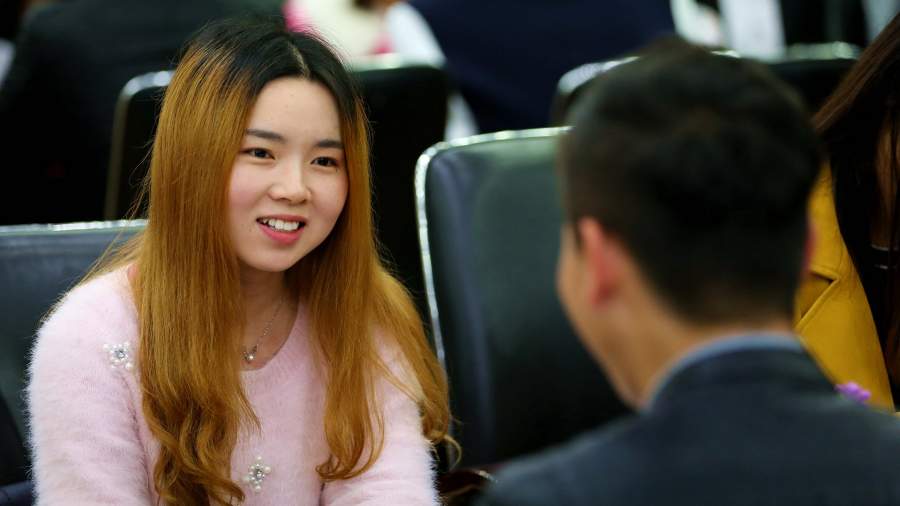 “These are all costly and long-term structural and regulatory reforms, without which the marriage and fertility rates will not increase,” summed up Yang Wei Rong. – Most Asian countries started doing something in this direction too late and did not advance far enough in many of the measures. Therefore, their policy until now has not been very effective.

Stuart Gitel-Basten, professor of social sciences and public policy at the Hong Kong University of Science and Technology, partly agreed with this.

– The demographic component is always only part of the solution to the problem. The desire to have children is not really about money. Also in Russia, the maternity capital introduced by Vladimir Putin worked only in the short term – people had children and received money, but they were going to give birth anyway – with or without money, – he explained.

According to the logic of Stuart Gitel-Basten, China aims to solve the problem of an aging population and the increasing burden on able-bodied citizens in a comprehensive manner – not so much by stimulating childbirth through the possible lifting of all restrictions, but also by raising the retirement age, developing a high-tech economy and increasing the productivity of the available labor force. 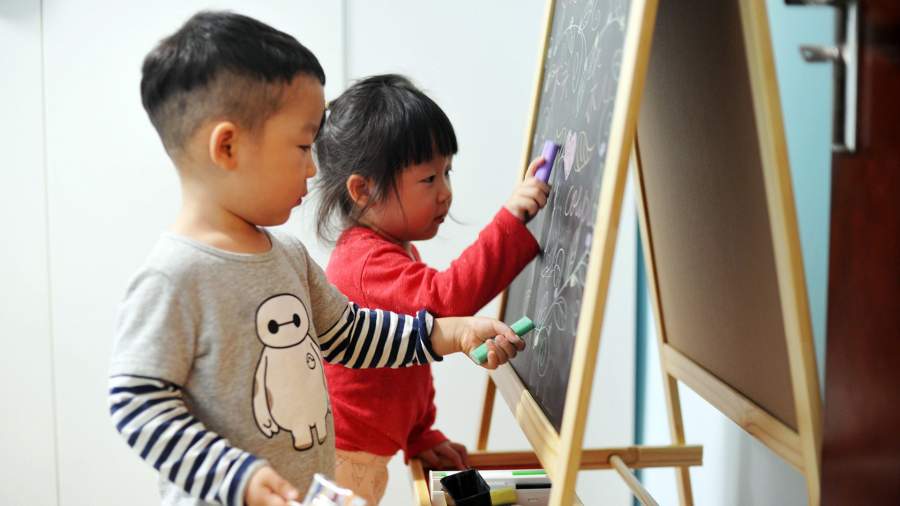 By the way, all these demographic worries are also relevant for Russia… For many years in a row, the government has been trying to stimulate a greater birth rate with material payments for the second and subsequent children, from this year extending the practice to the birth of first children. However Rosstat data indicate that the birth rate is falling – in 2020, the number of newborns throughout the country decreased by 3.3%, or 48.7 thousand people… And according to a recent the forecast of the Ministry of Economic Development, this year the population of Russia will decrease by 0.55 million people, and by 2024 it will decrease by 1.7 million compared to last year.

More Madrid achieves the 'sorpasso' and is confirmed as an alternative

Argentines spend less with cash and more with a debit card

Billionaires move to the country too