Give only a timeline: why did they decide to dissolve parliament in Moldova? 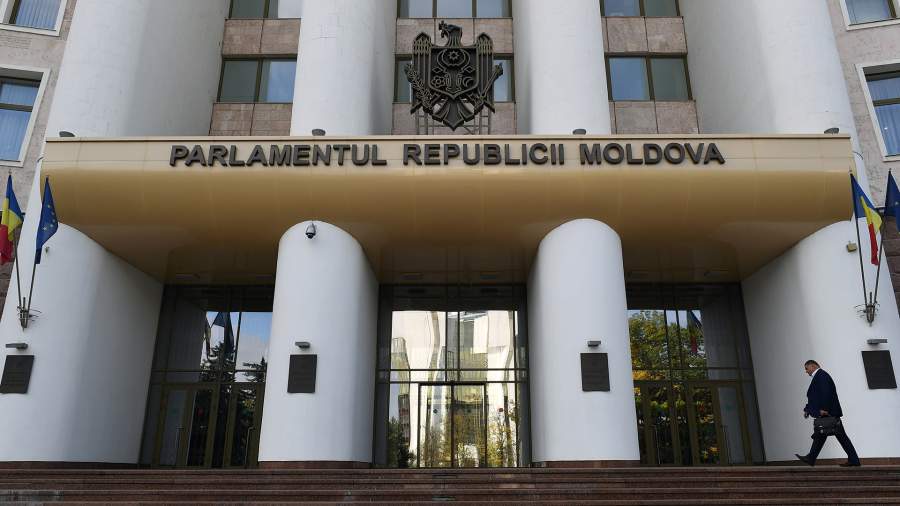 A new round of political confrontation began in Moldova after the decision of the Constitutional Court, which allowed President Maia Sandu to dissolve parliament and call early elections of deputies. The head of state is going to form the largest faction in the parliament of the new convocation, but she is hindered by a pandemic. Izvestia understood the situation.

To paraphrase a well-known proverb, then you can endlessly look at three things: how the fire burns, how the water flows, and how they are fighting for power in Moldova. Another significant event in this struggle is that the country’s Constitutional Court allowed President Maia Sand to dissolve parliament. “The Constitutional Court states that there are appropriate circumstances for the dissolution of parliament,” said the chairman of the Constitutional Court, Dominica Manole. According to her, the decision was supported by three out of five judges, two opposed… Now Sandu can dissolve parliament by his own decree and call early elections. According to local laws, they are held under the majority system no earlier than 60 days, but no later than three months after the date of dissolution.

It should be remembered that until May 31, Moldova is in a state of emergency due to the coronavirus pandemic. During this period, the parliament cannot be dissolved. The head of Moldova’s largest Party of Socialists, Igor Dodon, says that in May the deputies can extend the state of emergency. Meanwhile, Sandu’s supporters have already applied to the Constitutional Court to lift the special regime.

The pro-presidential PAS party calls the Constitutional Court’s decision a “triumph of democracy”, but the rest of the country’s political forces hold a different opinion. The Socialist Party warns that may disobey presidential decree… “Time will tell how we will act. Everything will be clear in the near future. Maia Sandu runs the risk of signing a decree on early elections, but the elections will be held only in her office in the presidential administration building. We do not exclude that the parliament may adopt a statement that it does not recognize the decision of the Constitutional Court.… Moldova is a parliamentary republic, the parliament has the right to do so, ”Dodon said.

The leader of the Dignity and Truth party, Andrei Năstase, called the CC meeting a “cheap performance”. Representatives of the Shor party and the For Moldova platform are confident that the dissolution of parliament will only aggravate the political crisis. The chairman of the Democratic Party Pavel Filip said that according to the results of early elections, opposition parties will still enter parliament. “Today, of course, can be considered a victory for the president in the conflict with the parliament. But this is a Pyrrhic victory. What kind of victory is this if you are the only one who is happy with it, ”said the politician.

Moldova is a parliamentary republic. The powers of the president are limited; the head of state can really influence the situation in the country only by relying on the parliamentary majority and the government. Maia Sandu won the presidential elections in November, but did not receive full power. Its faction controls less than a quarter of the seats in the highest legislative body, which means that it needs a dissolution of parliament and new elections.

The current parliament was elected in 2019. Its current composition has been criticized for a long time in the country. Deputies have repeatedly become involved in corruption scandals. In addition, the so-called political tourism became widespread, when the deputies, depending on the prevailing conjuncture, ran from one party to another. Observers reported that MPs were paid $ 250,000 for “migration”. 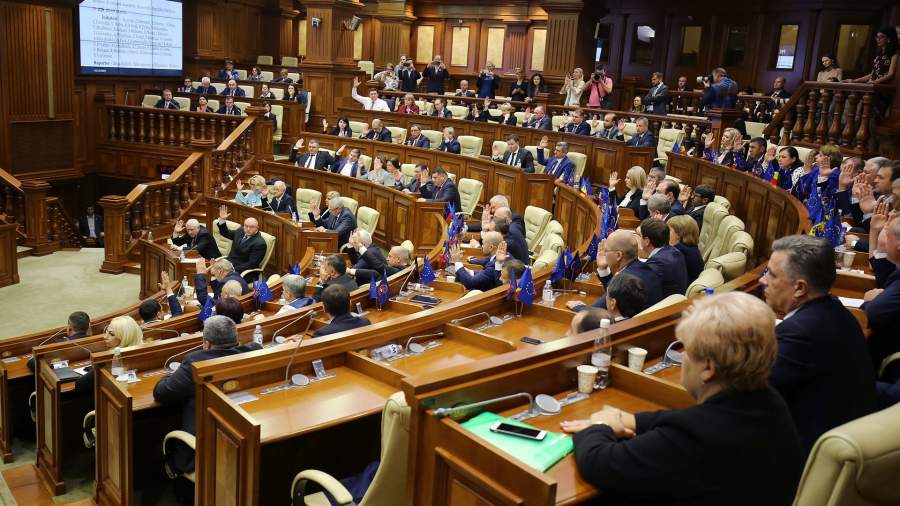 Deputies at the meeting of the Parliament of Moldova in Chisinau

Immediately after Sandu took the presidency, the majority of Moldovan politicians spoke out in favor of the new parliamentary elections. Organizing a vote, however, was not easy. According to the Constitution of the country, the president can call new parliamentary elections in two cases: if parliament does not meet for three months and does not pass laws, or if parliament is unable to form a government. Therefore, immediately after the presidential elections, discussions began about the new composition of the cabinet of ministers.

In February, Sandu nominated former finance minister Natalia Gavrilitsa for the post of prime minister. The paradox of the situation was that Sandu herself urged the deputies not to vote for the nominated candidate… Gavrilitsa also asked the deputies to refuse her confidence. As a result, on February 11, the deputies of parliament really refused to approve the former official.

It seemed that the road to early parliamentary elections was open, but everything went wrong again. The Socialist Party has formed a coalition with the Shor faction and the For Moldova group, which is controlled by the controversial oligarch Vladimir Plahotniuc, who fled the country in 2019. The union proposed to appoint another former finance minister, Mariana Durleshtyana, as prime minister. Sandu insisted on re-considering Gavrilitsa’s candidacy. The Constitutional Court, however, called the re-nomination unconstitutional and called on the president to consult with all factions.

There was a stalemate. Sandu refused to consult with the opposition, and the president’s opponents were afraid to aggravate the situation, as they understood that they would not be able to impeach the head of state. As a result, in March, Mariana Durlesteanu said she did not want to be a doll in the hands of others and refused to apply for the post of Prime Minister… After that, Sandu nominated her fellow party member Igor Grossa for the post of head of government. The Moldovan opposition tried to obstruct the appointment. During the decisive meeting, the socialists and their allies left the session hall. It was after this that Sandu applied to the Constitutional Court.

New parliamentary elections cannot be called in Moldova under the current state of emergency. The pro-presidential forces are now discussing two options. One of them is to wait until the end of May, when the special regime will cease to operate. Sandu’s supporters, however, suspect that the opposition may prolong the state of emergency. The second option is to appeal against the introduction of the regime in the Constitutional Court. The corresponding appeal has already been received by the authority. If the Constitutional Court manages to cancel the state of emergency in late April-early May, then early parliamentary elections will be held in late June-July. 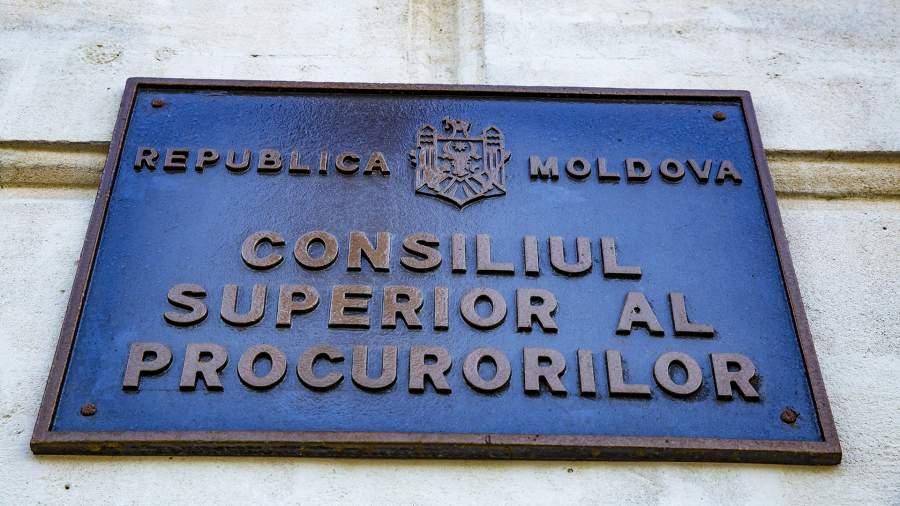 “The elections will be competitive, it is difficult to name clear leaders and outsiders. The fugitive oligarch Vlad Plahotniuc will have fewer deputies. Now there are about 40 parliamentarians associated with him, about 10 will remain. I think the position of the socialists of Igor Dodon will worsen. Now the party has 35 mandates. Will remain about 25. The party of the President of the country PAS will improve the position. The unification, apparently, will take the first place. The main question is whether it will get a majority or will it have to enter into a coalition with someone“, – Moldovan political scientist Valeriu Pasu predicted in an interview with Izvestia.

“Maia Sandu has not yet lost her rating, which allowed her to win the presidential elections. I think that due to the votes of the Moldovan diaspora, her party can get a majority in the new parliament. But the socialists are losing popularity. Their rating is negatively affected, among other things, by attempts to delay time and postpone elections. I think that in the new convocation they may lose up to half of their mandates, ”political analyst Sergei Manastyrly notes.

“Sadiq Khan” .. the story of an immigrant