Giuseppe Conte launches the M5S 2.0: no second thoughts on the Rdc and Justice 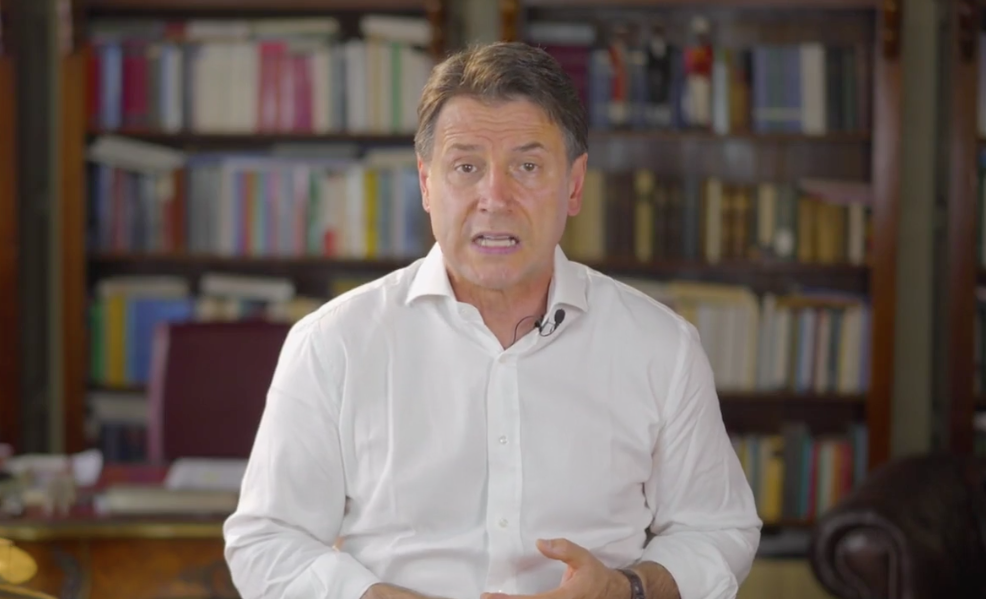 Giuseppe Conte launches the Movimento Cinque Stelle 2.0 by presenting the new course with a video in which he claims the results obtained as a government force and tries to win back the disappointed. In 15 days, the vote on the new Statute, which provides for a “clear separation” between guarantee roles and political direction, will start

Environmental sustainability is ecological transition these are the two key points of the project for the future of the M5S in its “2.0” version, that is the one that arose from the not simple comparison that made Giuseppe Conte the new leader. “These have been difficult months, we know. We have all experienced moments of bewilderment, of fatigue. But we were able to overcome them, leaving them behind ”, the former Prime Minister began.

The new course starts from the new Statute and the Charter of Values, from today and on which the vote will open in 15 days. “In the Statute you will find what I consider the basis for relaunching our common action: the full political viability of the President of the Movement and a clear separation between the roles of guarantee and those of political direction. Subscribers will have an increasingly central role ”, said Conte, opening to Territorial groups, Thematic forums and the Formation School which, explained the new leader, “is very close to my heart: we designed it for training and permanent updating aimed at all those who intend to engage in politics, especially young people. But it will also be the place for discussion and updating for all parliamentarians and local administrators ”.

Conte was keen to claim the results obtained in the first phase of the history of the Movement founded by Beppe Grillo: In 2018 we became the first political force thanks to the commitments made, in part already maintained with reforms that can be canceled: it is a question of respect for the voters and consistency “. Likewise, he highlighted his personal achievements at Palazzo Chigi: “I have always worked solely for the general interest, I understood the importance of Politics with the P mauiscola, assuming a great responsibility towards the country, especially in such a dramatic moment “.

There moral question he will remain a guiding star even in the new phase that Conte intends to open as a leader of a political party: “I have never acted for personal gain: I am like this and I will continue to be like this also at the helm of the M5S. It is the only way I know of to do politics and to serve my country ”.

Understandably, Conte also recalled the success achieved by his government with the Recovery Plan: “We have challenged Europe’s totem of austerity. We were the first to respond to the pandemic, without an instruction manual, and we brought an aid plan to Italy. We are those of the Corruption Law, of the rights of riders, of the payroll made heavier thanks to the cut of the tax wedge, of the interventions to reduce the gap between north and south ”. And, above all, those of the Basic income, a provision that Conte wants to defend against those who “for the sake of the shop” want to dismantle it. “Let’s improve it rather”, relaunches the former Premier. “Let’s make it more effective through active policies”.

Among the other distinctive elements of the new M5S there is also an element of continuity with the origins, with a passage aimed at appeasing the malpancisti on the justice reform: “We are the ones who want faster processes, but without ever any impunity. We will not accept that the trial for the collapse of the Morandi bridge can be extinguished ”, adds Conte, dusting off another of the arguments that have for some time ignited his electorate. An electorate that “the people’s advocate” wants to expand by speaking “to the VAT numbers and workers put in difficulty by the lockdown, to the middle class that today is struggling to get to the end of the month, but also to the productive class, which needs a more efficient bureaucracy “.

With a real call to action Conte promises: “We will always be there, but we must be united and many. The M5S must remain compact to respect the will of those who voted for us and regain the trust of those who have lost hope of changing things. Let us feel warmth and support. Propose projects: Italy needs new ideas. I will travel all over Italy and stop in the squares and in front of your houses. Politics is wherever there is a community that confronts each other. A community in which I recognize myself and for which I want to spend. I do not intend to give up an inch, together with all those who have always believed in the M5S. And we will be very welcoming with all the new friends and new friends who want to walk with us. Together now “.