Giuliano and Javi Serrano take the Simeone test with a note 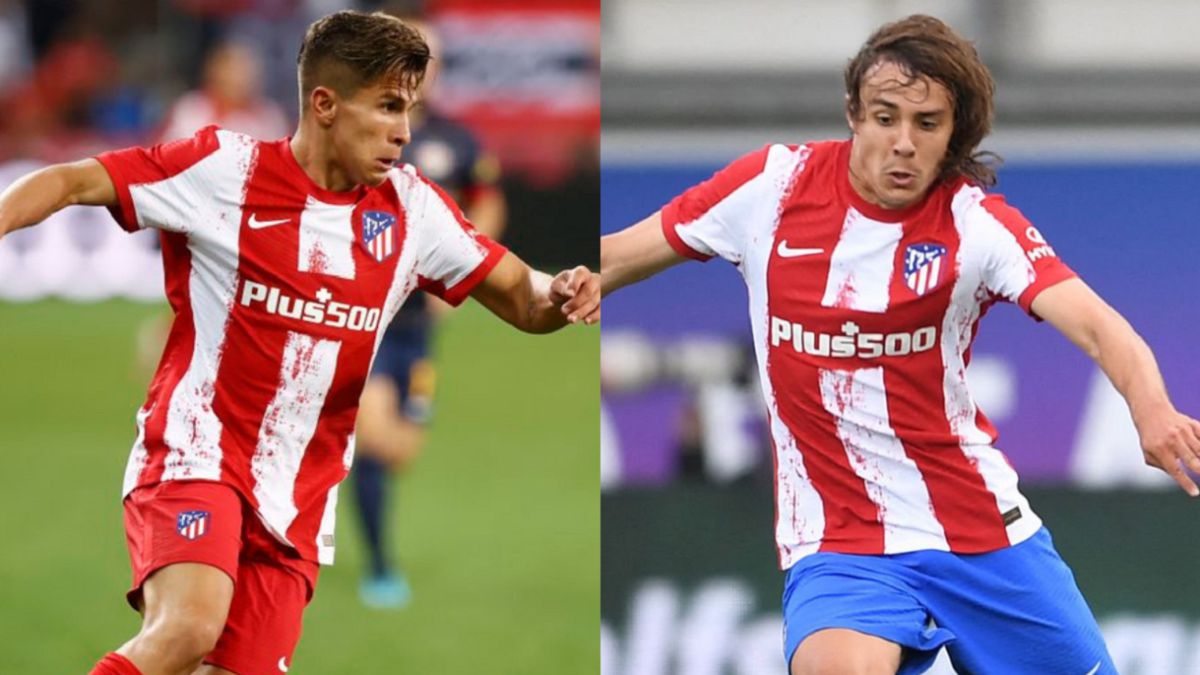 Atlético has experienced an atypical preseason, with the bulk of the squad playing international competitions, adding seven representatives in the Eurocup, six in the Copa América, Herrera in the Gold Cup and Nehuén in the Olympic Games. His absences have meant that Simeone has had to resort more than ever to his quarry to complete training and to play the five summer matches, where players of the relevance of Luis Suárez, Trippier and Lodi have not even come to participate.

The return of the internationals was causing of the 15 Atlético B footballers who played minutes against Numancia and Wolfsburg it will go to only three in the last duel against Feyenoord prior to the start of the League. Two of them, Giuliano Simeone and Javi Serrano, they finished the preseason as the only Atleti B players who have participated in the five games of mattress preparation. Camello ran out of minutes against Cádiz in the previous duel, and Borja Garcés, Alberto Moreno, Montero and Camus only lost the duel in the Netherlands.

As for Giuliano and Javi Serrano, they have been beating Cholo with the great level shown in the friendlies despite being two of the youngest members among those mentioned by the coach, belonging starting last season at Youth A that was proclaimed champion of their group, although they had quickly made a hole in the schemes of the second rojiblanco team. Giuliano was the second outfield player with the most minutes played (357), only surpassed by Saúl. The absences above caused that Simeone had to resort to his quarry and had in his own son the best exponent.

Holder in the five games, he made it clear that he has grit, speed, personality, back game and self-confidence despite his 18 years (turns 19 in December). His only mole was left in the great goal disallowed by VAR against Salzburg for a previous offside by his assistant Camello and the penalty that he could not convert in the shoot-out against Cádiz. That great level shown by Giuliano has provoked the interest of multiple Second Division and First Division teams, opening the debate between keep him in the rojiblanco second team as a resource when Cholo needs him or look for a loan in a category much higher than the Third RFEF that Atleti B. will play.

In the middle of the field the great winner has been Javi Serrano. In his case, he gradually won over Simeone, since he began the tests as a substitute, but ended up eating the middle and playing 233 minutes despite the arrival of players of the importance of Kondogbia (who had lost the first two games due to the coronavirus), De Paul, Herrera, Lemar, Koke or the presence of Saúl throughout the summer. Born in 2003, Atlético is aware of its potential and He renewed his contract until 2026 even though he had already extended it a summer before. Serrano stood out for his ability to work, to cover the field, his energy, strength, ball exit without complicating himself, but capable of breaking lines and an enormous maturity for his 18 years. Aware of when to do it thanks to his reading of the game, he has been one of the great discoveries of the preseason after having made many minutes at the end of the Atleti B season.

Beyond Giuliano and Javi Serrano, Sergio Camus and Javi Montero also exceeded 200 minutes. The former exercising at times as a right-back, his natural position, and at other times as a third center-back, ended up playing 210 minutes. Montero, for his part, who has returned from his assignment to Besiktas, had stripes in the center of the rear at the beginning of the preseason, arriving to wear the captain’s armband, although the return of Giménez, Nehuén and the recovery of Hermoso made him lose presence. Another central, Fran Gonzalez, came to complete the meetings against Salzburg and Wolfsburg leaving good feelings for his physical power and speed at the crossroads.

In the middle, Alberto Moreno has been another of the sensations, with 163 minutes and good ball handling in the engine room. Germán Valera started with a lot of presence in the team, reaching 157 minutes in the first three games, but he did not play in the last two while His departure was closed as a loan to Sanse, a subsidiary of the Royal Society, a call option is saved. Too Medrano started counting with minutes before heading to Celta B. Riquelme he completed 135 minutes in the first three games, half a part in each one, although in many of them he did it out of place playing even as a lane. Same number of minutes as Ricard, between the side and the inside right and author of the winning goal against Wolfsburg. Soriano for his part had half a part in each of the first two meetings, scoring the goal that opened the scoring against Numancia.

In the front, Sergio Camello and Borja Garcés have fought for minutes with Giuliano. Camello finished with 162 minutes played and Borja with 161 and the goal that put the tie for Atlético in Wolsburg, in addition to assisting Ricard in the victory goal. The two forwards enjoy great poster in Second Division and even First, so the club will have to deal with its future. Guerrero with 132 minutes in defense and Carlos Mosquero with 54 complete the quota of homegrown players who have left their brushstrokes during an athletic preseason that has come to an end. LaLiga begins on Sunday and Simeone knows that he has players ready at the Academy if he ever needs them.