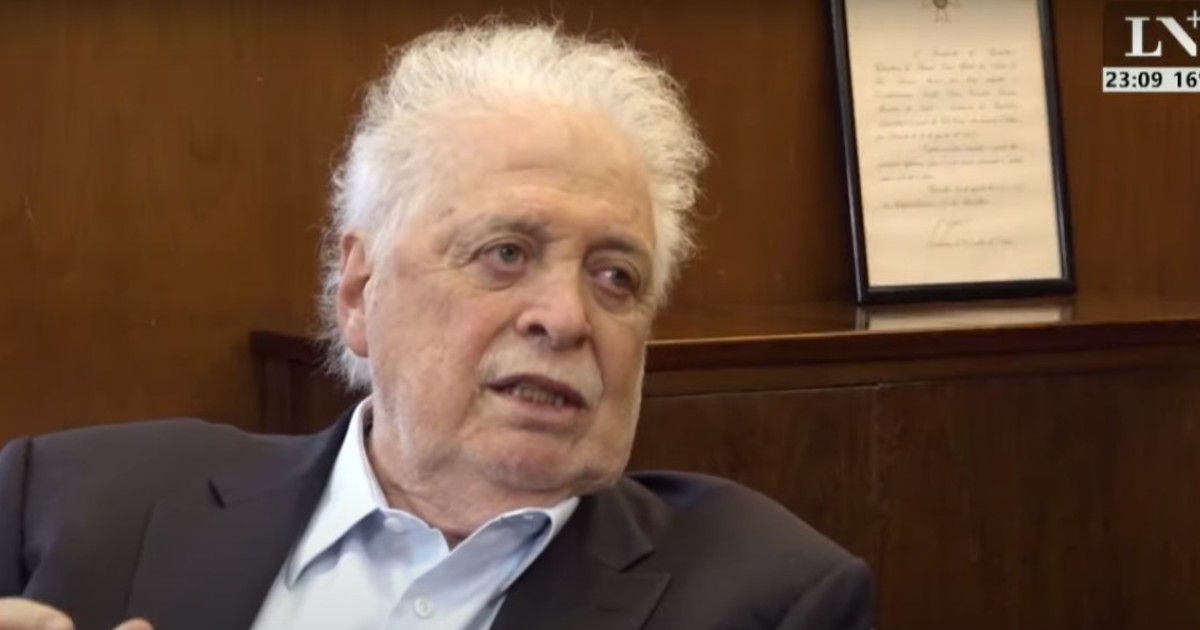 More than three months after leaving the national cabinet, Ginés González García confirmed that there was 70 persons who received some doses of the coronavirus vaccines in what was known as the Vip Vaccination, which worked in the Ministry of Health and in the Posadas hospital.

“There are 70 and each one of those cases was explained to the Justice. Some had 3 or 4 reasons“said the former minister when asked about the number of people who were vaccinated outside of the standards established in the framework of the massive campaign against covid 19.

In statements to The Nation +, the former official justified the decision to vaccinate the Attorney General of the Treasury, Carlos Zannini, for being “the State’s lawyer”, although he clarified that he is not a friend of Horacio Verbitsky, as the journalist said in a radio interview that revealed the scandal that led to his resignation.

“He didn’t get vaccinated because he was a friend. We are not friends. The vaccine was taken from the Posadas hospital at the request of its director because (Verbitsky) was a person who was frowned upon at Posadas due to his political background, “said González García.

He also reiterated that the director of the hospital called his private secretary and confirmed that he did not respond to that message directly. He explained that the request for Verbitsky was included “within the 50 things that one was asked one afternoon when he was about to leave, because he was traveling to the provinces.”

However, the former official admitted that he agreed to the request. “I should have said no”, He was sincere more than three months after his departure from the government.

Ginés Gonzalez García resigned from the Ministry of Health on February 22 after Clarín revealed the existence of a VIP Vaccination in his portfolio and in the Posadas hospital. In those venues, for example, Congressman Eduardo Valdés and Senator Jorge Taiana, both from the Frente de Todos, were vaccinated.

He also acknowledged that former president Eduardo Duhalde and his family were among those vaccinated vip. “I explained it to the Justice and that’s why I don’t want to talk much. Because the Justice has to be calm and I want it to decide as soon as possible because I don’t like being in this situation. Society is very angry,” he added.

As for the possibility that the current Minister of Health, Carla Vizzotti, had knowledge of the organization of the special vaccination, González García said he did not know. “In the ministry I don’t know because that day was the only time and she was with me in Entre Ríos,” he said.

On negotiating with Pfizer

On this point, the former minister confirmed that the North American laboratory not only questioned the inclusion of the word “negligence” in the vaccine purchase law. “It is the strongest, but it also says that as it is raised, immunity, not applicable. In other words, it could not be executed. That is in writing, I’m not saying it, “he completed.

Then he broached the issue of the 14 million vaccines offered by Pfizer. “When the law is finished, we were still going around because they did not accept it. We already had several signed contracts. So the volume we needed from Pfizer was less. They are comparing what they told us as a hypothesis in July with what we started. to say in December, “he said.

When explaining the reasons why Argentina could not access the Pfizer vaccines, the former minister assured that the government offered them to the laboratory “everything possible, even creating a reinsurance fund in New York, but they said no. “” They say they wanted to sell, but with conditions. I wanted to have a DNU to sign the fast contract. The President said that it was a central issue of democracy and that it should come out by law, with consensus and transparency, “he added.

Regarding the figure of the intermediary in the conversations with Pfizer, González García replied that it should be discussed with Patricia Bullrich, who sowed suspicion about a possible return payment. “We never spoke to anyone other than a man from Pfizer,” emphasized the former official, who said that he is “going to act with all the force” that the law allows “against that.”

On the sayings of the owner of the Covax organization, Santiago Cornejo, who had revealed that “Argentina did not choose Pfizer”, the former minister described his statement as “terrible”. “I don’t know what he meant or do, because the number of doses that Pfizer offered was 182 thousand doses, something testimonial. Covax was worse than any other, the most backward of all, the one we paid the most in advance, which is He gave up and gave 40 clarifications, “he concluded.