Giannis, the knee isn’t broken. But how long will it be out? 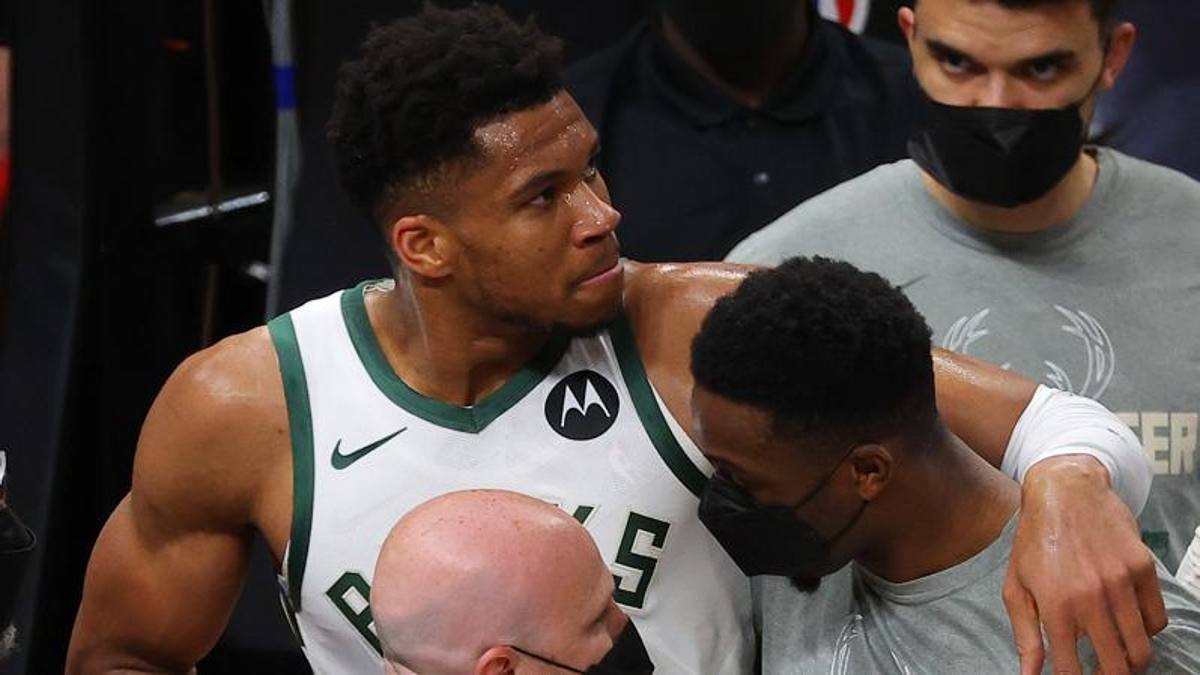 The Greek has no structural damage to the joint. It might not be enough to see him on the pitch in Game-5

First the good news for the Milwaukee fans: there is nothing broken in the left knee of Giannis Antetokounmpo, injured in Game-4 against Atlanta. Then the bad: the playoffs of the two times mvp could still have closed at 7’14 “from the end of the third quarter of the game between Bucks and Hawks. Giannis is officially doubtful (25% chance to play) for the fifth act of the final in the East, scheduled for 2:30 am on the Italian night between Thursday and Friday.

After the scare, Giannis returned to Milwaukee with his companions and underwent the necessary investigations. MRI confirmed the initial diagnosis: left knee hyperextension. Nothing broken in the joint, as the Bucks feared at first, the worst case scenario. Even if the missed injury is good news, a dodged bullet, the injury is still serious, difficult to recover not only in the 48 hours that separate game-4 from game-5 but in the tight times of a series in which you play every day. alternate. For this reason, the risk that the Antetokounmpo playoffs ended in that clash with Capela is very high. With the series at 2-2, Giannis’ health is crucial for Milwaukee. Having it or not makes the difference between reaching the Finals and stopping in the final in the East.