Notice to sailors: the vote you will find at the bottom of this review is the result of a very particular analysis, at least as regards my modus operandi. I generally avoid linking the examination of a production to factors that go beyond the simple intrinsic quality of the title in question, but never like this time, given the policy adopted by Sony, I found myself forced to review my method of judgment. In fact, it is difficult to disregard the tariff that accompanied it Ghost of Tsushima: Director’s Cut, since I think it is an integral part of the return of the good guy Jin Sakai. But no more delay, and let’s find out what, at least for me, did not really work in this re-edition of the beautiful title signed sucker Punch. In addition to what, fortunately, deserves to be praised.

We reviewed Ghost of Tsushima: Director’s Cut with a free PlayStation 5 code provided to us by Sucker Punch via Sony Interactive Entertainment.

Ghosts from the past

Difficult to ignore Ghost of Tsushima: Director’s Cut fromisland of Iki, the new explorable area, with an attached dedicated storyline, which was the undisputed protagonist of the reveal of this new edition of the game sucker Punch. And the undisputed reason why the undersigned was happy to return to take on the role of the samurai of the Sakai family. A new adventure, accessible once the first act of the main campaign is finished, which will take Jin to the small and remote island, and force him to have to face a new enemy, as well as the ghosts of his troubled past. Once you have landed, in a decidedly daring way, it will not take long before you get to know theEagle and his henchmen: a very peculiar opponent, this new general of the Mongolian army, who instead of a direct approach to the fight will prefer to use a particular hallucinatory drug. 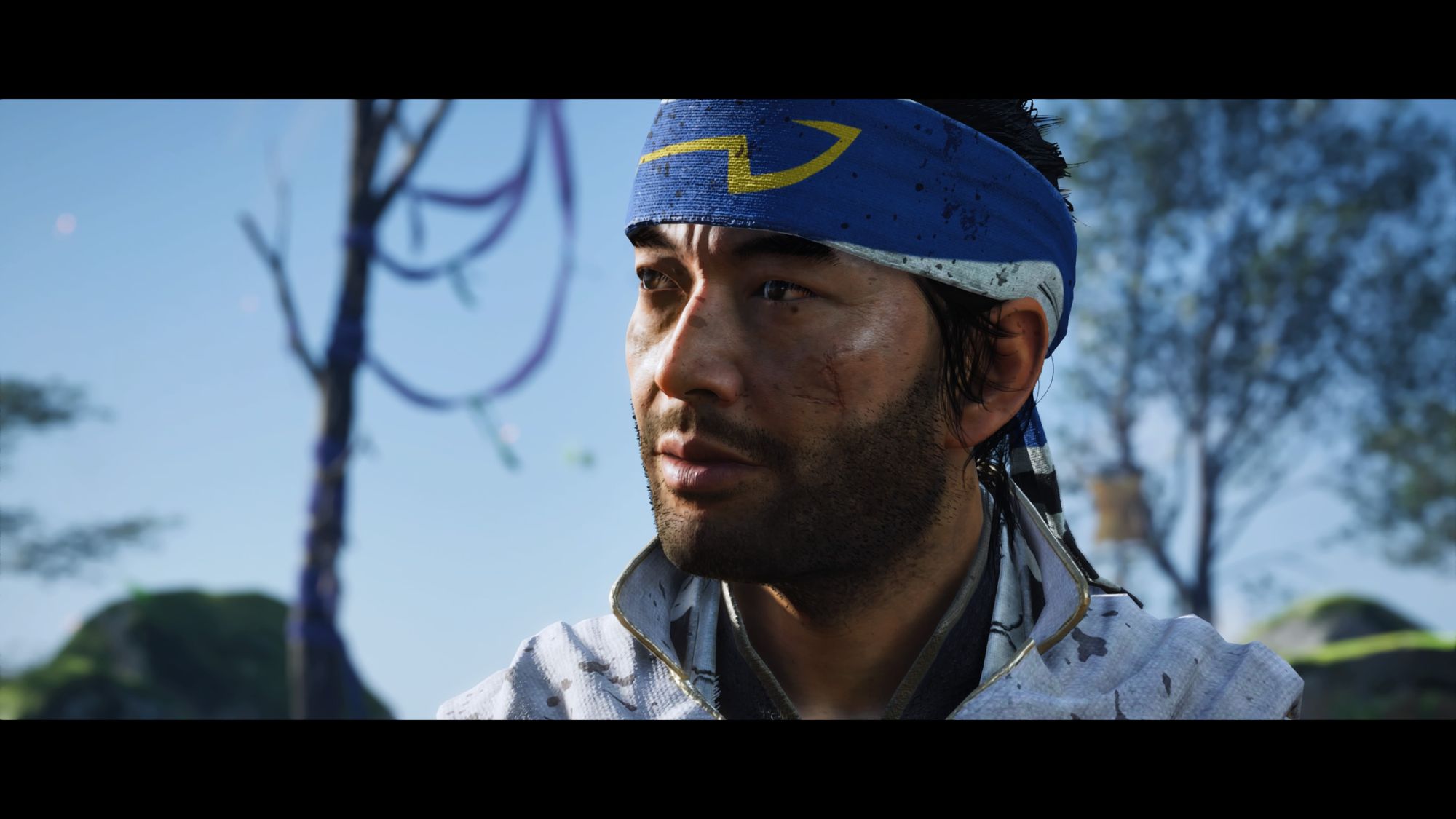 To which, of course, the good Jin he will not be able to escape. It is the beginning of a real journey into the unconscious of our protagonist, a tormented experience in which doubts, fears and remorse will overlap relentlessly, randomly invading the scene, and changing Jin’s perception of the environment. Very peculiar moments, especially on a visual level, which will be accompanied by the memories of the warrior who, in his youth, had followed his father, on the island of Iki, on the occasion of a war expedition. And it is always on Iki that the young warrior saw him die, without having the courage to run to his aid. It will be these torments that represent the real threat, more than the Eagle itself, in the campaign that marks the DLC, and that will accompany us for about 4-5 hours (almost doubled if we choose to complete everything 100%), putting opponents on the plate. and brand new companions. 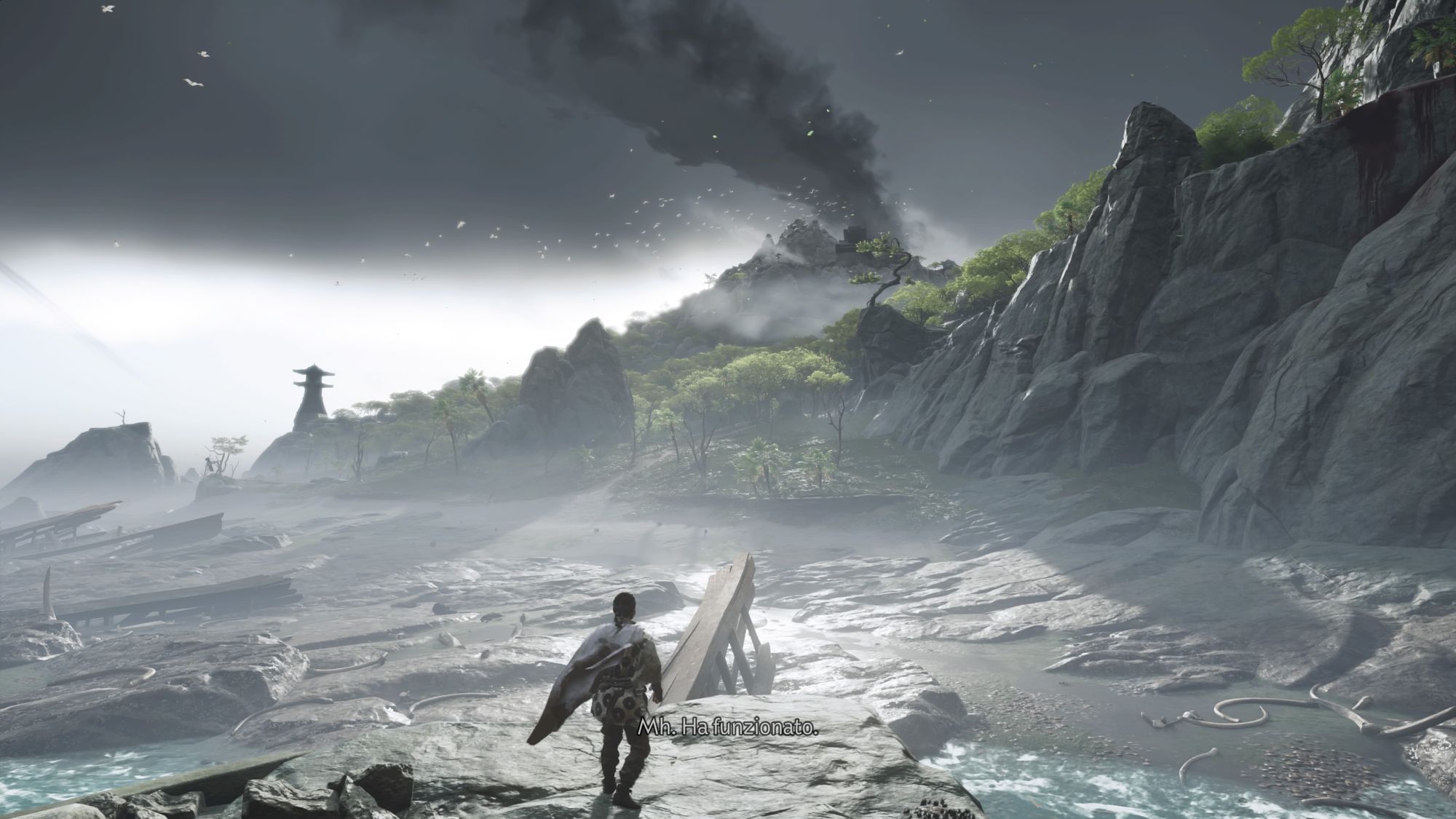 And despite the condensed duration it will still turn out to be pleasant and well written, not sparing us some small surprises. To top it all off, as always, we find a handful of side quests, bonus locations to reach, as well as new equipment to discover (including a triptych of surprises that I prefer not to ruin you). While the basic structure of the game is not changed in any way by the expansion, there are still some nice additions, which result in a minigame that takes advantage of the pad’s gyroscope, as well as a new mechanic linked to the grappling hook, from the archery challenges, a little fighting tournament and some skill (not much in truth) able to do justice to the trust Kaze. There are also brand new enemies, the shamans, who will be able to increase the aggression of allies thanks to their song and who, therefore, it will be good to kill as soon as possible. In short, on a purely structural level there are few notes that can be moved to the portion set on Iki, obviously provided that you have enjoyed the base game.

It is though on the front of integration with the main plot that the first creaks are heard, which denote how the DLC has been added a posteriori: depending on the moment in which we choose to face the Eagle and his troops, in fact, some small inconsistencies at the narrative level will be perceptible, elements capable of creating a slight dissonance that, although it does not affect the general experience, it nonetheless catches the eye. 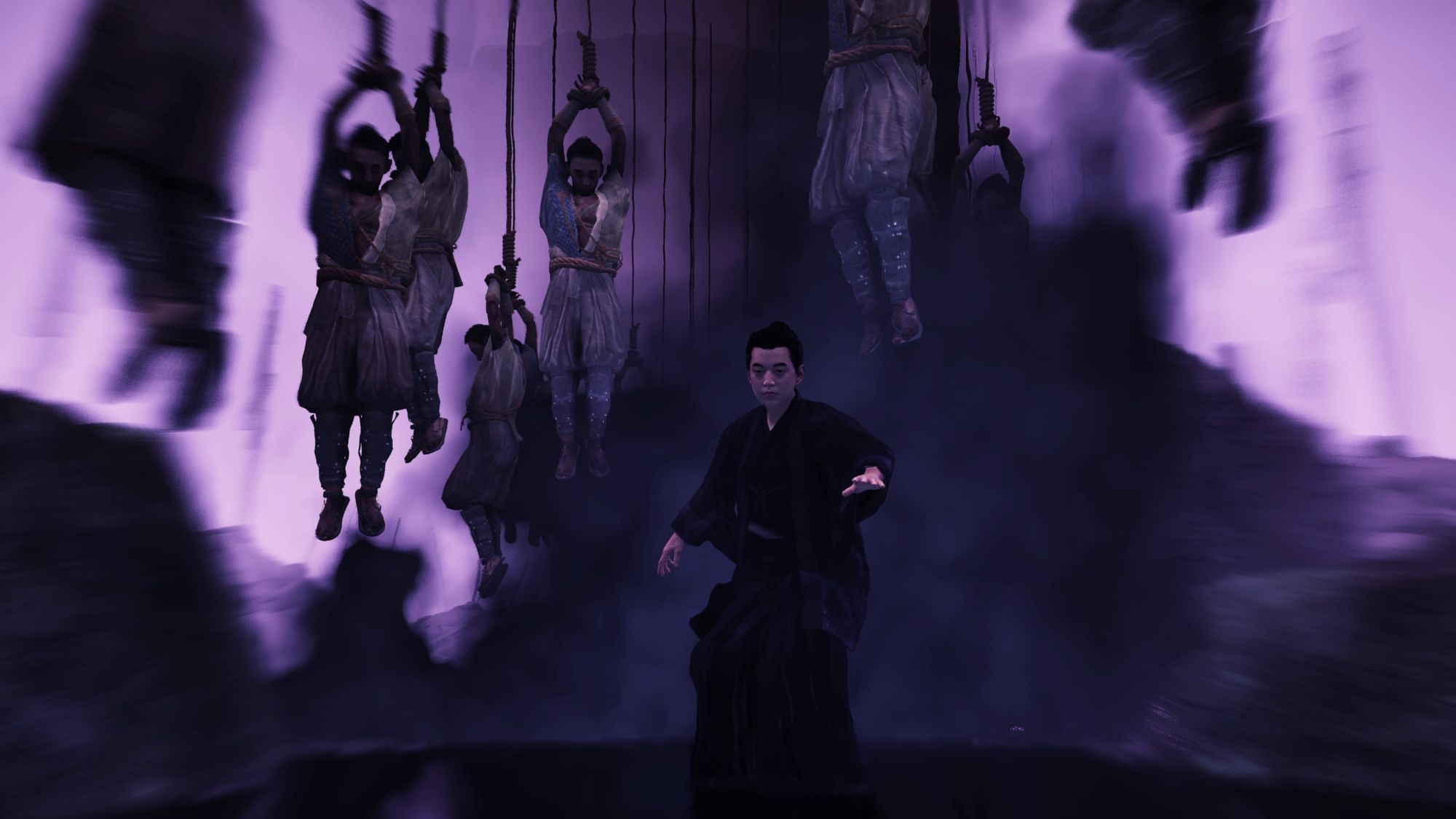 Between old and new

The innovations brought by Ghost of Tsushima: Director’s CutHowever, they certainly do not end here, but they also have a perceptible impact on what concerns the experience PlayStation 5. The next generation version of the title sucker Punch, in fact, it presents a whole series of tricks created to exploit the peculiar characteristics of the latest Sony product. On a purely performance level they are present two distinct graphics settings, one that favors resolution and another that opts for a better frame rate. In the first case we will reach 4K through the usual use of the checkerboarding technique, while choosing the second option the output will be at 1800p, with a frame rate nailed to 60 frames per second.

Whatever the preferred mode, however, the graphic impact will always be considerable, thanks to the excellent stylistic work done by the graphic designers at Sucker Punch. The same island of Iki, while not significantly distorting the geography of production, does not skimp on truly valuable glimpses, which have the best expressions in the coast and in a wisteria forest. All corroborated by the usual impressive photography, by the impeccable lighting system, as well as by an improved particle system. There are also a couple of additional options for the photo mode, which once again managed to confirm itself as one of the best in the gaming landscape. 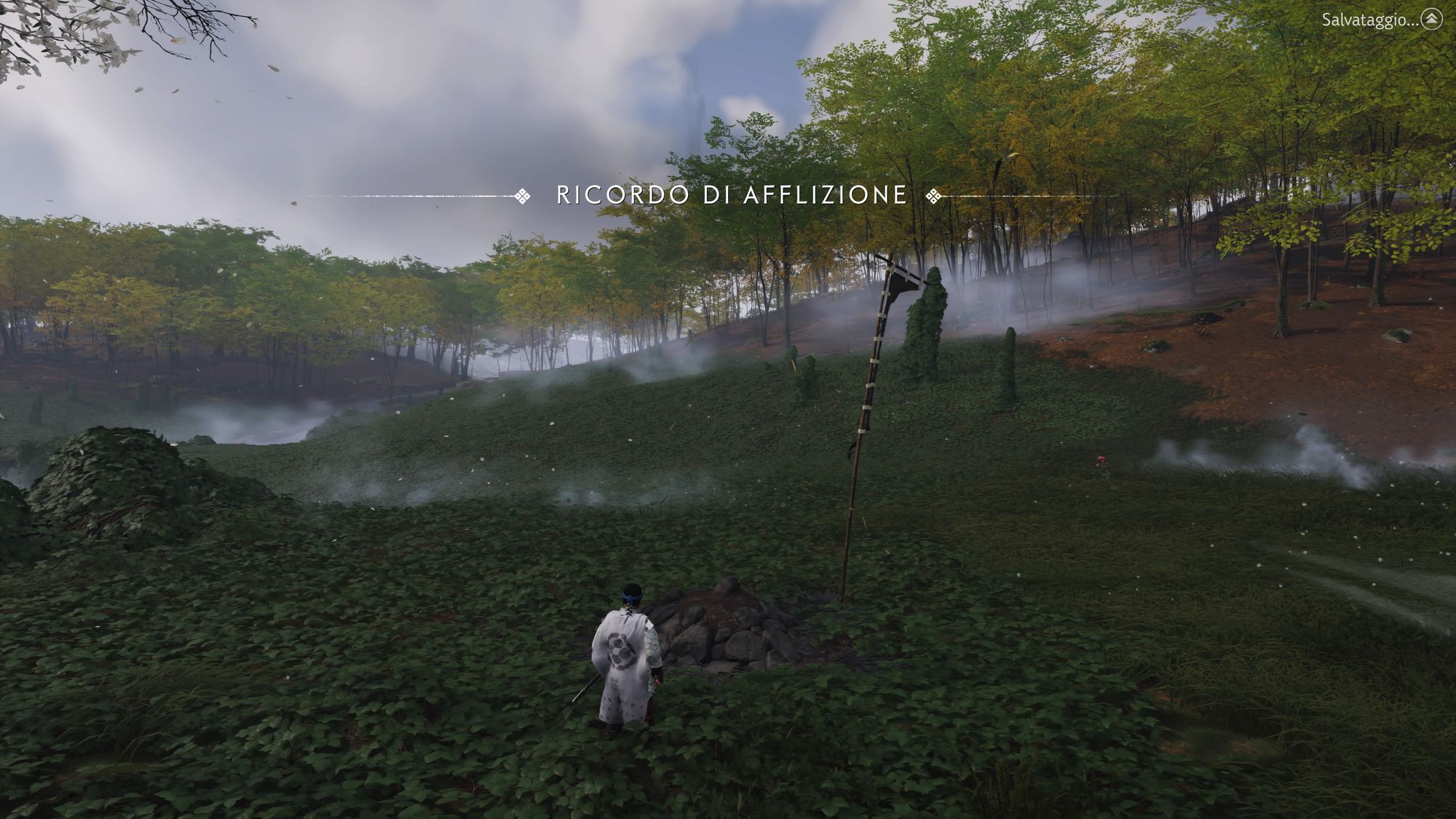 Could not miss, on the gameplay side, the use of adaptive triggers and haptic feedback from the new controller, which have resulted in greater overall immersion: feeling the resistance of the bowstring, or the grappling hook, is always exciting to experiment, just as the sensations returned by the different vibrations linked to actions and surfaces with which we will interact are excellent. . The work done also with regard to 3D audio is good, while the benefits related to the uploads offered by the console’s SSD are milder.. In this case, however, it was really difficult to surpass the impressive performance already found in the PS4 version. The last gem, although reserved for a small circle of players, is represented by theintroduction of lip sync with Japanese dubbing: an element certainly for a few, but which contributes to making the homage that the team wanted to pay to the Japanese setting even more authentic. 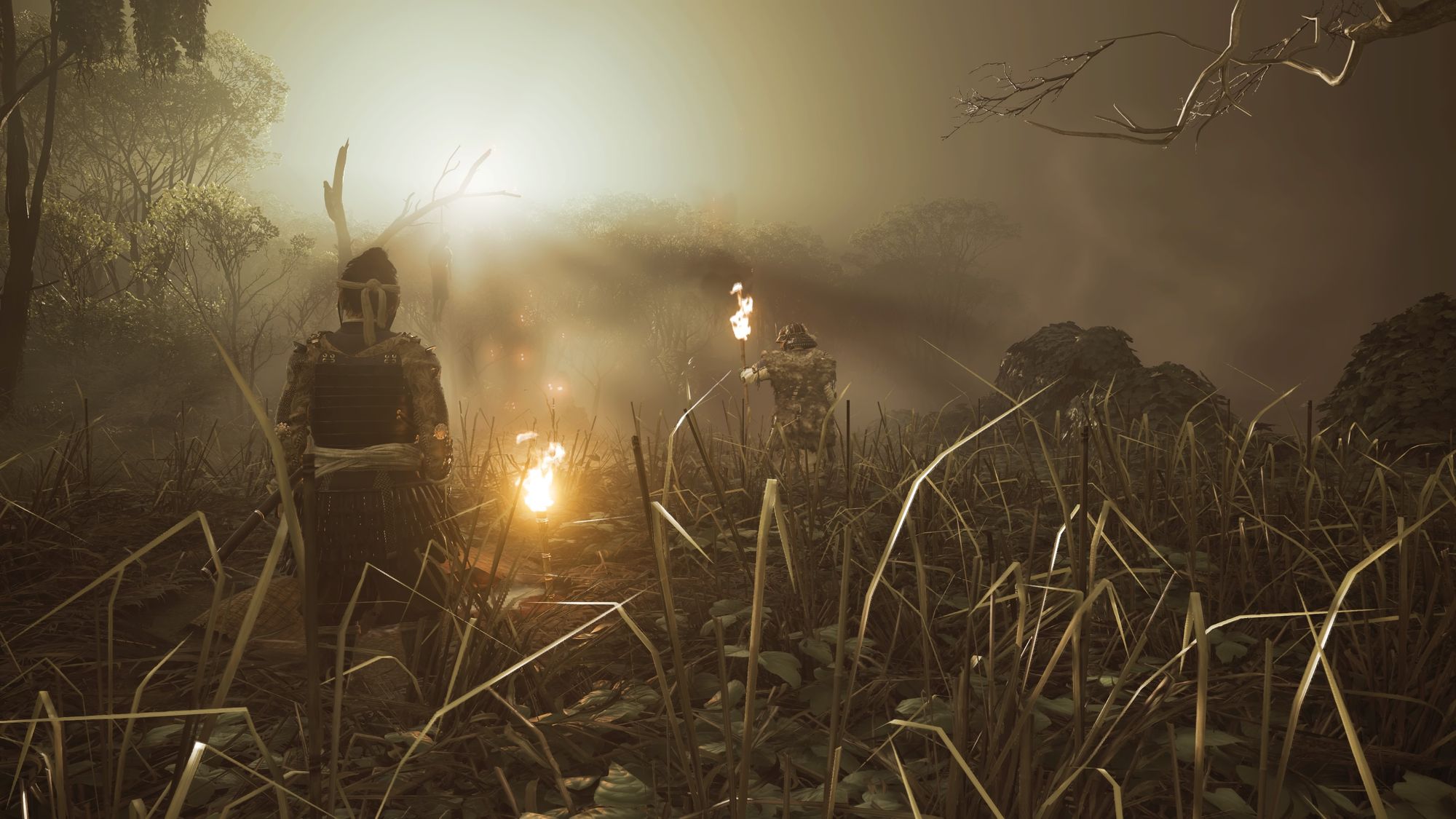 But how much do you cost me?

All beautiful and well packaged, then, but then where are the concerns highlighted at the beginning of the review? As already mentioned, the reasons are due to the desire to monetize at all costs manifested by Sony, which has translated into an outlay in my opinion disproportionate in relation to the proposed offer. I just couldn’t send the will to ask for 9.99 Euros to the owners of the game in the PS4 version, all in order to benefit from the exclusive features in case of transition to PS5.

Although devastated by the war Tsushima it still boasts an ancient beauty. Venture to discover feudal Japan like never before. In this open world action adventure, you will be able to explore vast rural landscapes and vast territories to meet extraordinary characters, discover historical places and go in search of the hidden beauty of Tsushima. Challenge opponents in hand-to-hand hand-to-hand combat with your katana for an incredible, highly addictive samurai combat experience. Master the bow to take out opponents from long distances with deadly precision.

Buy Ghost of Tsushima: Director’s Cut for PlayStation 5 following this link at the special price of € 65.98 (instead of € 80.99). Available from August 20, 2021. Support Akiba Gamers by purchasing the game on Amazon through this box!

In a generation in which the competition does not spare itself to propose the system of Smart Delivery, and in which numerous teams have chosen to offer such upgrades for free, the decision of the Japanese company takes on the contours of vulgar and ruthless greed as an end in itself. The same reasoning can be made for the cost of switching from smooth version to Director’s Cut, which, although including the DLC, I believe is offered at a really excessive cost. But since the game seems to be at the top of the various sales charts, it is evidently me who is wrong. 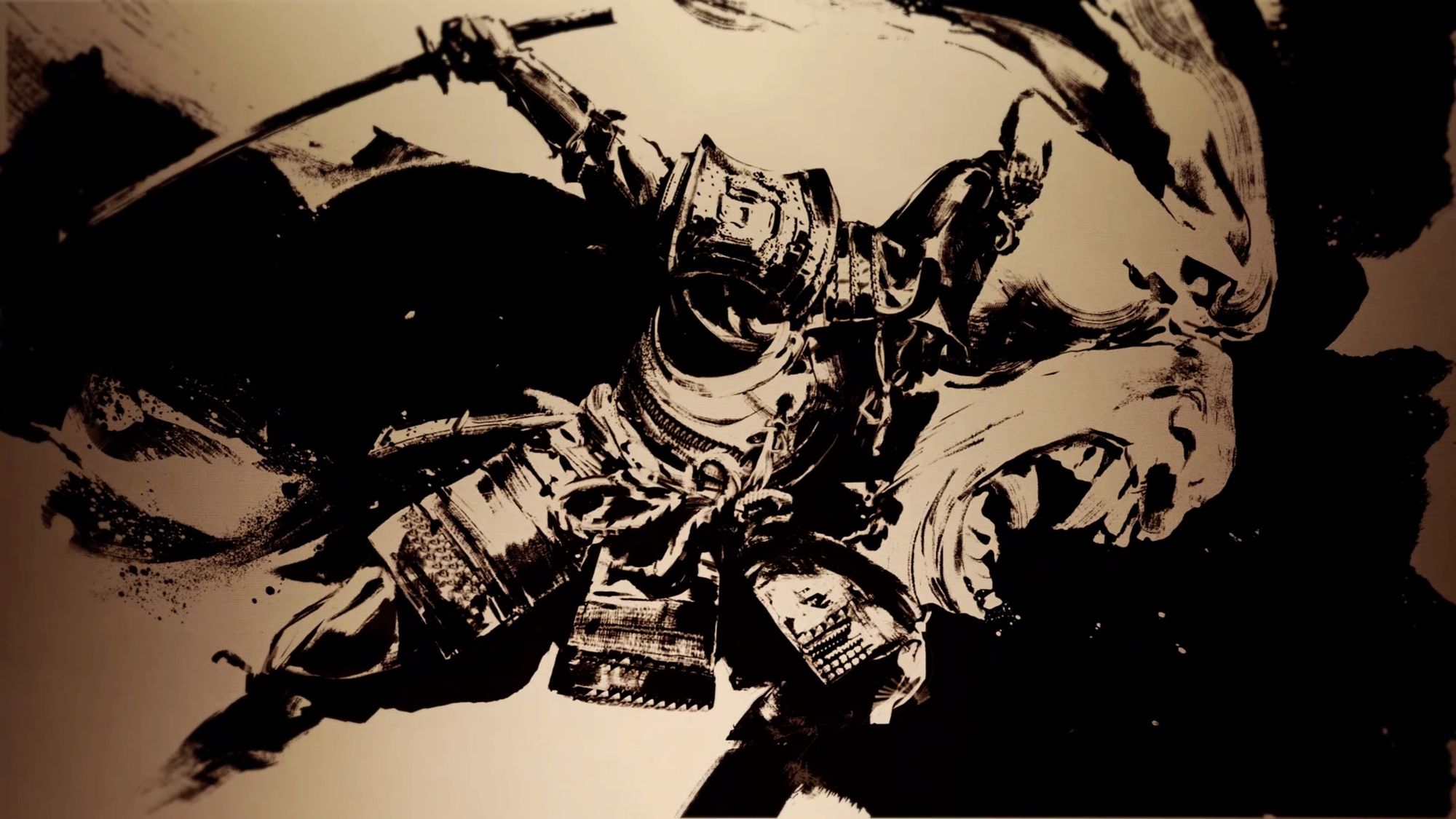 Who do we recommend Ghost of Tsushima: Director’s Cut to?

That the game signed sucker Punch is a real must for all those who love Japan in all its facets it is really superfluous to mention it, since we had already expressed our flattering judgment when reviewing the original version. This Director’s Cut, therefore, can only be highly recommended to all those who have not yet crossed the pad with Jin Sakai’s blade., since it is certainly the best way to approach his story. All the others, however, could find a good excuse to return to face the Mongol hordes thanks to the island of Iki, the real spearhead of this new incarnation. Although shaky in terms of consistency, the unprecedented explorable area is able to entertain properly for a fair number of hours, even if as mentioned above it will be necessary to compromise with an outlay that is not really player friendly, especially for all those who they had chosen to trust the production already on the occasion of its stage debut.

Go back to playing the role of Jin Sakai in Ghost of Tsushima: Director’s Cut it is and will always be a pleasure, especially if it translates into a new area to explore and some welcome features for PS5 owners. Although certainly not revolutionary and able to clear the cards on the table, the new incarnation of the Sucker Punch title represents the best way to deepen (or start) the knowledge of the Ghost. Too bad for an entrance ticket that is a bit too salty, at least for all those who already own the original game, and who had already largely contributed, even economically, to the success of this new IP.

Aurier has found a new club

Pope John Paul I has recognized miracle and will be beatified