Ghantoot holds his card in the polo cup square 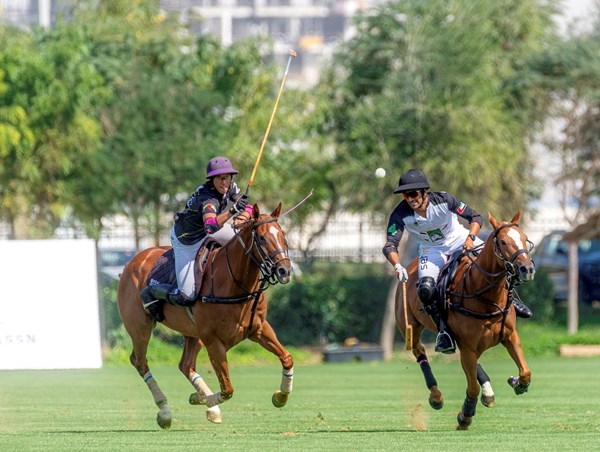 Ghantoot qualified for the semi-final round of the Dubai Ivza Gold Polo Cup, which is scheduled to be held next Tuesday, after winning at the end of its qualifying round matches against the Aifza Mahra team, with a score of 10-12, achieving its third victory in a row and the full score. The candidate, with a score of 9-6, thus the Panjash team occupies the second place in Group A with 4 points behind Ghantoot, while the Al Habtoor team came in the third place and the Aifza Mahra team came fourth.
Ghantoot dominated the first and second halves and finished the first with a four-way lead without a response, and added two more goals in the second half, and in the third half each team scored three goals, ending the half with Ghantoot leading nine goals against three, retaining the difference of six.
The fourth game is witnessing remarkable activity by a skilled IFZA team that yields four goals, to raise its tally to seven goals, and in return Ghantoot succeeded in adding two goals to raise his tally to 11, and Evza skilled three goals in succession to make the difference one goal, and to embarrass Ghantoot and put him in an unenviable position However, the team’s top scorer and the match, Pablo Llorente, “7 goals” saves the situation and scores a reassuring goal, ending the match in favor of Ghantoot 12-10