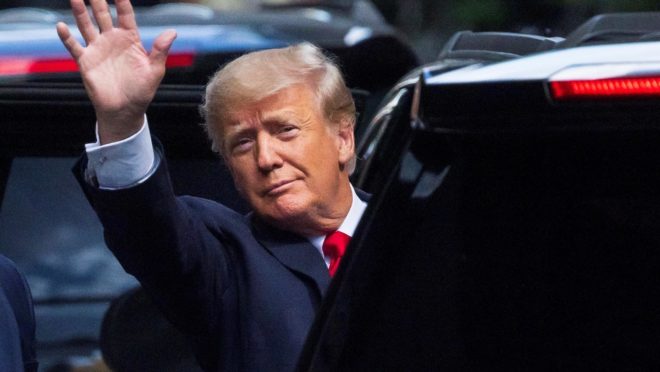 The social network Gettr claims to be a “cancellation-free” zone with a focus on freedom of expression. According to Jason Miller, the platform has “superior technology” and will be “Silicon Valley’s envy”. Miller said in an interview with Fox News that he believes Gettr will be a global platform, “not just for American conservatives.”

And, in fact, Gettr has already attracted the attention of Brazilians. Brazil is in second place in number of users of the new network, which was already available in app stores in June, according to Tech Crunch.

The president of Brazil, Jair Bolsonaro, already has a verified account on the network, with almost 105,000 followers. So far, the Brazilian president’s posts on Gettr are identical to those on his Twitter profile.

Donald Trump does not yet have a profile on the network, but several people associated with the former US president already have a presence on the new platform. Trump has no plans to join Gettr, he told Bloomberg a close person.

The social network is similar to Twitter and allows users to post messages of up to 777 characters. According to Miller, users of the new network can publish videos of up to 3 minutes and import their posts from Twitter.

Soon after its launch, the network has already experienced problems. Hackers were able to collect data from more than 85,000 users, including emails, names and birth dates, which were supposed to be private.

On launch day, several verified accounts of personalities linked to Trump were hacked. The profiles of Mike Pompeo, former US Secretary of State; Steve Bannon, former White House strategist; Marjorie Taylor Greene, Republican Deputy; from the American Newsmax network; among others, they were invaded. All these accounts have been modified to display the message “@JubaBaghdad was here 🙂 ^^free palestine ^^”, reported to Business Insider. Profiles returned to normal the same day.

Another problem faced by the network at its launch was the mass posting of pornographic images. Users, taking advantage of the network’s commitment not to censor messages, have flooded post comments, including Gettr’s welcome post, with pornographic images and montages, reported the Mother Jones.

Donald Trump, who was barred from social networks such as Facebook, Twitter and Instagram, announced this Wednesday (7) that he is leading a lawsuit, as a complainant, against Twitter, Facebook and Google, for banning him from their platforms after the January 6 events at the US Capitol.

“There is no better evidence that big tech companies are out of control than the fact that they banned the acting president from the United States earlier this year,” Trump said in an interview in making the announcement. “If they can do this to me, they can do it to anyone.”