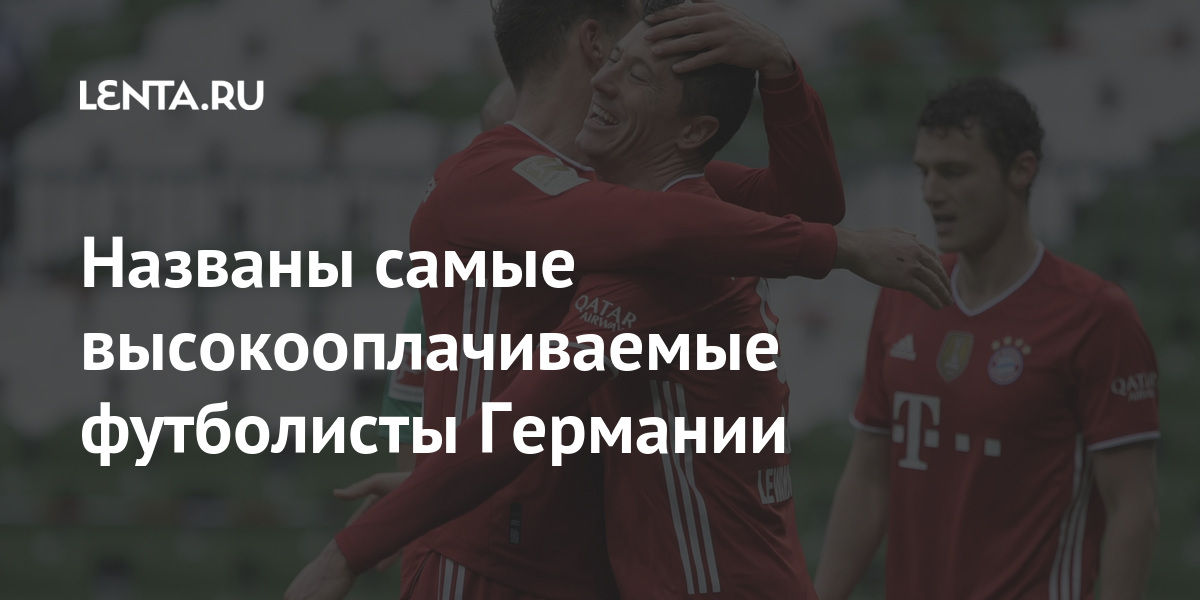 French L’Equipe lists the highest paid players in the German championship. This was reported on the website of the publication.

The ranking shows the amount of the players’ monthly salary before taxes. The highest paid athletes in the league are the players of Bayern Munich. The first place is shared by the Polish forward of the club Robert Lewandowski and the German goalkeeper Manuel Neuer. Their salary is 1.7 million euros per month.

The top 5 most paid Bundesliga players are exclusively Bayern Munich players: Leroy Sané with a salary of 1.5 million euros, Thomas Müller (1.3 million) and Luca Hernandez (1.1 million euros). The highest paid coach of the championship is also the representative of the Munich club – Hans-Dieter Flick.

In the current championship in Germany, Bayern are in first place after 28 matches. The Bavarians have 58 points. They are ahead of their closest pursuer RB Leipzig by just one point. Wolfsburg, which is in third place, is 10 points behind the leader.