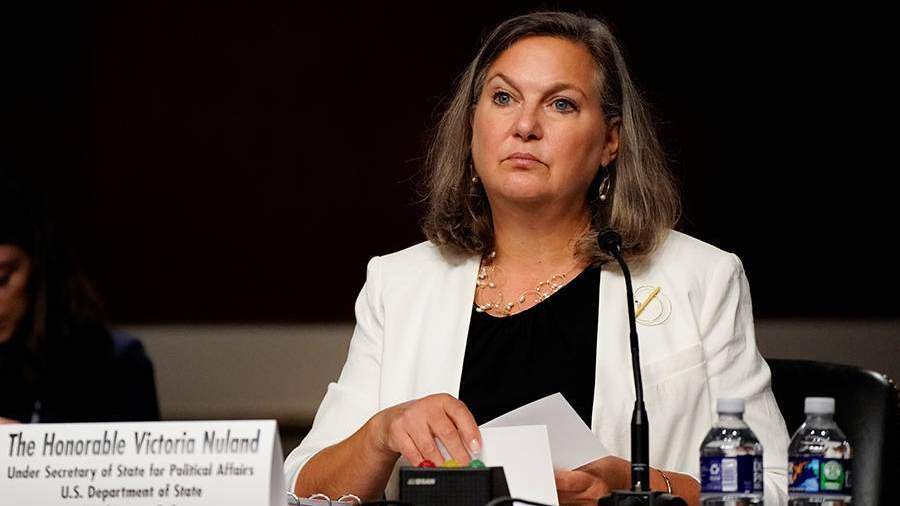 Germany, as part of the agreement with the United States on the Nord Stream 2 gas pipeline, has pledged to take swift action in the event of Russian “aggression” against Ukraine, as well as to insist on such measures at the EU level, the Deputy Secretary of State said on Wednesday, July 21 United States Political Affairs Officer Victoria Nuland.

“If Russia tries to use energy as a weapon or takes further aggressive actions against Ukraine, Germany will take action at the national level and demand effective measures at the EU level, including sanctions, to limit Russia’s export opportunities in the energy sector,” Reuters Deputy Secretary of State.

Earlier on July 21, a senior State Department official said that Germany intends to use all the tools to extend the agreement on the transit of Russian gas through Ukraine. The US is also expected to cooperate with Ukraine and Germany.

On the same day, US Undersecretary of State for Political Affairs Victoria Nuland said that the United States and Germany had reached an agreement on the SP-2. She noted that the American authorities in the framework of the agreements undertake to seek sanctions against Russia if she uses energy as a weapon against European countries. They also intend to seek a 10-year extension of the Moscow-Kiev gas transit agreement expiring in 2024.

In turn, Derek Scholle, an adviser to the US State Department, said that the United States did not impose new sanctions against SP-2, since they consider the restrictions ineffective at the stage when the pipeline is almost completed. He added that due to the threat of sanctions, Germany entered into constructive discussions on further actions on this issue.

The State Department also stressed that they still believe that with the help of the SP-2 gas pipeline Russia is trying to expand its influence in Europe.

In turn, Deputy Speaker of the Federation Council Konstantin Kosachev pointed out that the agreements between the United States and Germany on Nord Stream 2 indicate Berlin’s obvious interest in this project.

On July 12, the executive director of Nord Stream 2 AG, Matthias Warnig, noted that construction work under the Nord Stream 2 project could be completed in August. At the same time, they expect to take the project into operation this year.

Nord Stream 2 is being built from Russia to Germany along the Baltic seabed with the aim of direct gas supplies to Europe. The EU countries mainly support the project and participate in its implementation. The Baltic states, Poland, the USA and Ukraine are opposed. The latter fears a halt in the transit of Russian gas through its territory. At the same time, the United States expects to bring its liquefied natural gas to the European market.