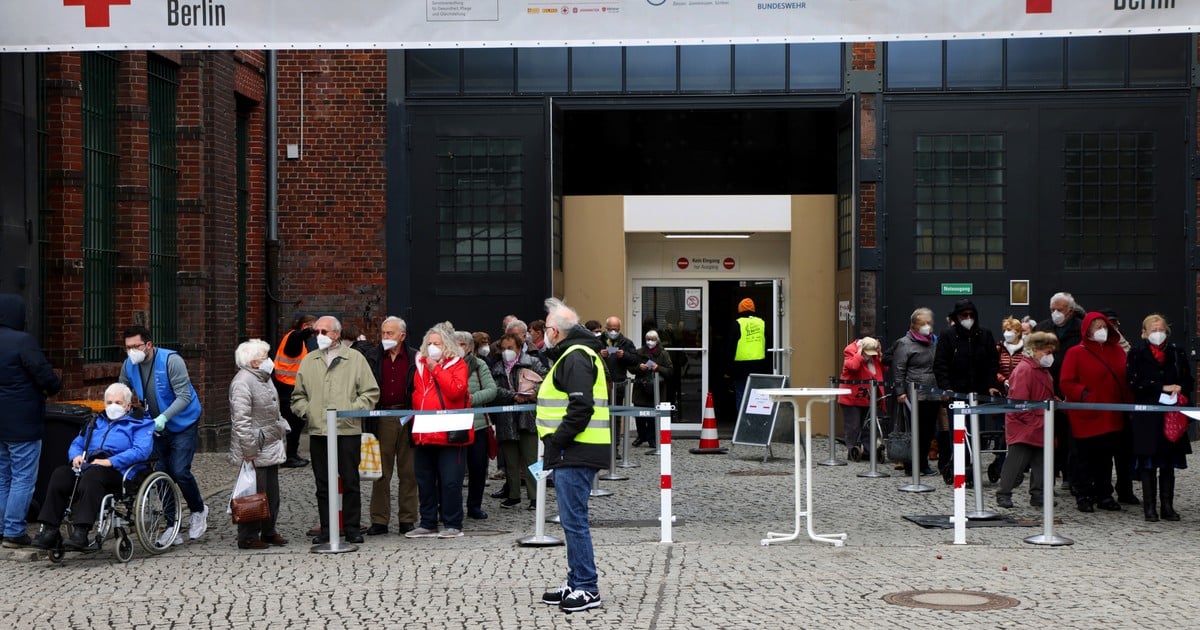 German Health Minister Jens Spahn warned the population on Friday that the third wave of coronavirus infections cannot be stopped by vaccines alone, as noted in Berlin.

“We are in the third wave of the pandemic, the numbers (of infections) are increasing, the proportion of mutations is large,” said the minister. “In Europe there are not enough doses of vaccines yet to be able to stop the third wave only through vaccination, “he added.

“While deliveries of orders from the European Union are coming in, it will still be weeks until they are delivered. complete immunization of risk groups“He added.” Only then can we discuss broader flexibilities of public life. “

The Minister of Health even thinks that it may be necessary to take “steps back” in the relaxation of confinement, given that the infection figures continue to rise.

German Chancellor Angela Merkel and the heads of government of the 16 federal states will discuss new measures on Monday to stop the pandemic.

The country is currently facing a “clearly exponential” increase in infections, linked to the spread of the British variant, the vice president of the Robert Koch health surveillance institute (RKI) said on Friday.

The health authorities fear for the next few weeks “a very high number of infections, numerous serious cases and deaths, and saturated hospitals,” he explained.

Germany is one of the countries that, after support from the European Medicines Agency (EMA), resumed vaccination with the AstraZeneca vaccine on Friday. “The committee came to a clear scientific conclusion: it is a safe and effective vaccine“stated EMA Executive Director Emer Cooke.

“We are going to reintroduce vaccination with AstraZeneca, but safely and prudently, with the recommendation of doctors and the knowledge of the population, he clarified.

Due to the coronavirus pandemic, Paris looks dirty and smelly: An open dumpster?