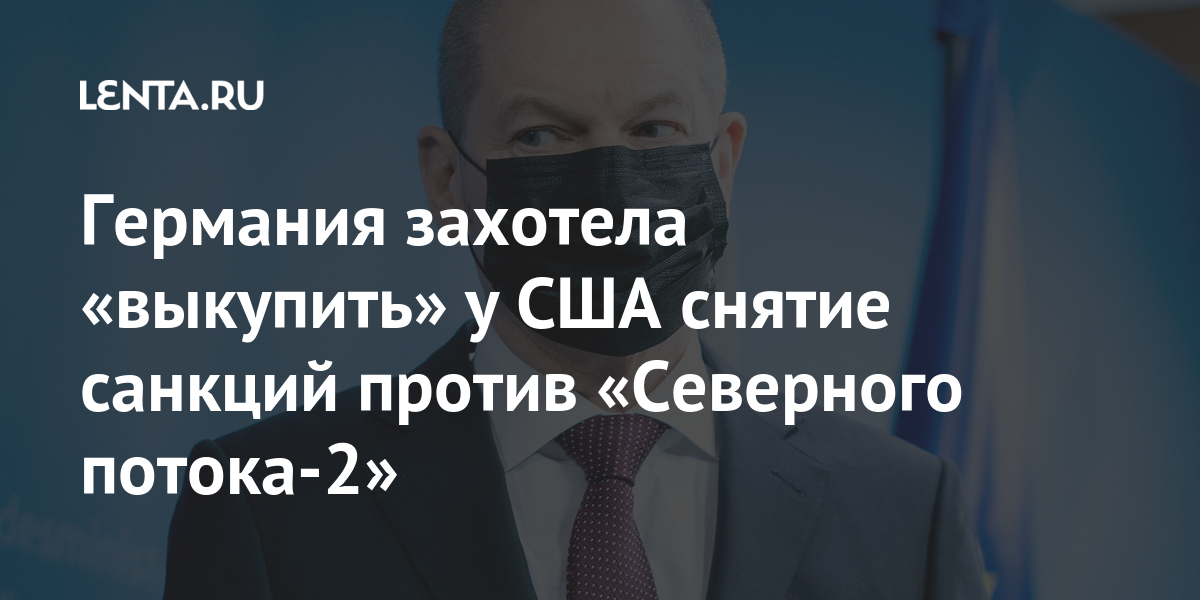 German Finance Minister Olaf Scholz has offered the US assistance in importing their liquefied gas if the administration of former President Donald Trump lifts sanctions on the Russian Nord Stream 2 gas pipeline. The attempt to close the deal is reported by Deutsche Welle (DW) with reference to the German environmental non-governmental organization (Environmental Action Germany (DUH)).

According to them, the German government was ready to provide the United States with financial support of up to one billion euros. In return, the country expected that future legislation, which could become the basis for imposing sanctions on Nord Stream 2, would either not be used or “would be blocked by refusals or other adequate and effective instruments.”

As the newspaper writes, the executive director of the environmental organization of Germany Sasha Müller-Krenner, called the planned “dirty deal at the expense of third parties.” Other opposition politicians were also dissatisfied with this “buyout” of the finance minister, believing that taxpayers’ money would be spent on the implementation of the agreement.

The German department itself has not yet commented on the information. However, it is known that an official statement on this issue is being prepared.

Earlier, Germany assessed the damage from refusal to build Nord Stream-2. Sanctions against Russia and the refusal to build a gas pipeline will not lead to a positive shift in relations between Germany and the Russian Federation, said the head of the German-Russian forum Matthias Platzeck.

Russia Putin compared the world situation to the 1920s at the Davos Economic Forum, the Russian president at times sounded like a fiery leftist politician