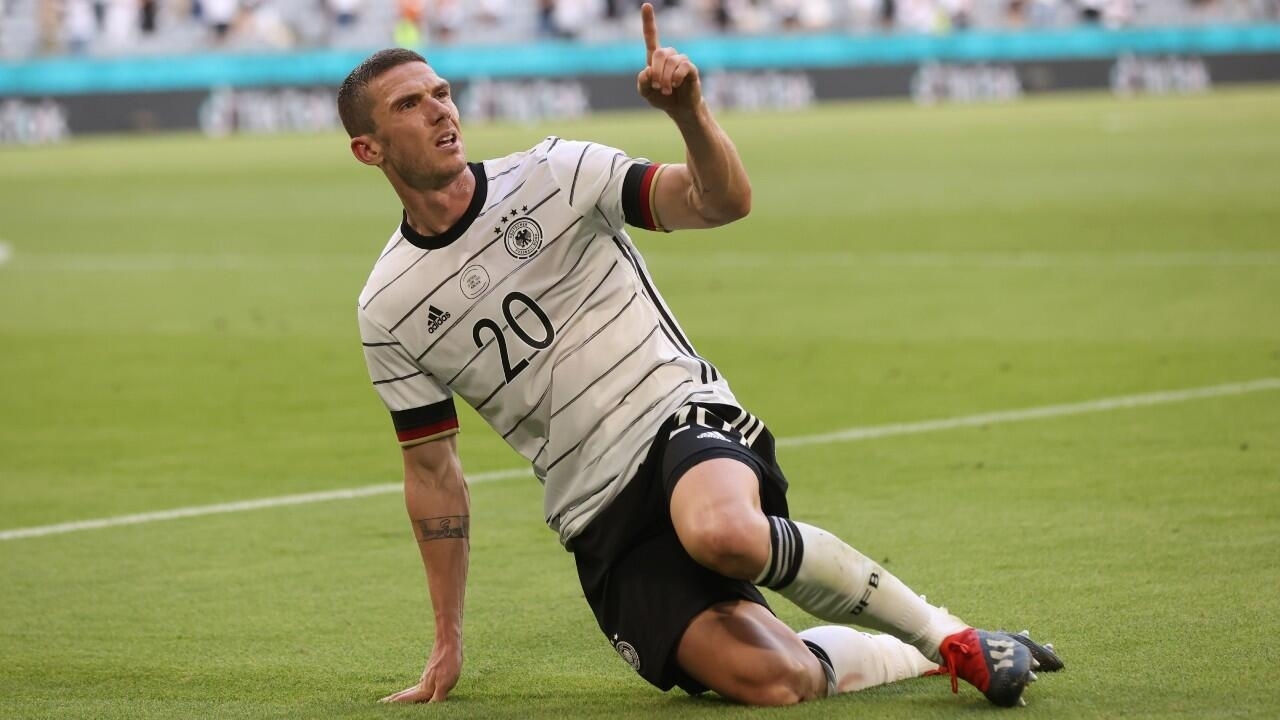 The Germans beat the reigning champions 4 – 2 with a stellar performance from their winger Robin Gosens. France drew against a brave Hungary and there is nothing definite in this group with one day to go.

Rarely do you see a side with such a great significance as that of Robin Gosens this Saturday. The Atalanta player completed a goal, an assist and one of his crosses ended in another score in Germany’s 4-2 win over Portugal in Munich.

The Teutons reached this second date of group F of the Eurocup – the so-called group of death – after having lost in their debut against France. His rival came from a victory against Hungary with two goals from Cristiano Ronaldo.

The Juventus forward struck first in an exceptional display of his good form at age 36. It was the first quarter of an hour of the match when Ronaldo cleared a corner kick in favor of the Germans.

The striker crossed the entire field and finished the Portuguese counterattack perfectly. Portugal dominated the game against a Germany that, with that partial defeat, was beginning to say goodbye to the competition. It was the moment then of the second appearance of Gosens; the first had been with a goal disallowed at the beginning of the engagement.

This time, in the 35th minute, a Gosens cross ended in an own goal by Rúben Dias. Four minutes later, another cross, this time from Kimmich, was finished off by Raphael Guerreiro on his own goal. Thus, at halftime Germany won 2 – 1 against Portugal.

Renato Sánchez replaced Bernardo Silva and Rafa Silva replaced William Carvalho in Portugal, while in Germany Gosens continued to be the owner of the left wing. At minute 51 he assisted Kai Havertz and in minute 60 he scored his goal.

The Germans won 4 – 1, which ended up taking the three points of a face to face that only complicated with the departure, precisely, of Gosens in 63.

Those were the minutes in which Portugal took advantage of the doubts and discounted through Diogo Jota for the final 4 – 2.

France slows down to the courage of Hungary

Although Hungary did not play badly in their Euro debut, they lost 3-0 to Portugal. This June 19, for their second duel, they received France, the world champion, in a stadium with 55,000 fans in Budapest.

The Gauls began reaching the rival goal with danger in the first 45 minutes of superiority. Two shots by Karim Benzema and two by Kylian Mbappé in the first half hour gave an account of it.

But on the edge of the break in a failure of Pavard, the worst of the French defense, Fiola took the opportunity to rush through the band, face Hugo Lloris himself and overtake the locals.

The second part began and France could not find the way. Ousmane Dembélé came in for Rabiot and on his first play sent the ball to the post.

Hungary was well planted in the field and that order was broken by goalkeeper Lloris, who put a ball over the rival area and that was taken advantage of by Mbappé. The rejection fell at the feet of Antoine Griezmann, again a hard worker in the field, to put equality.

There were 24 minutes left and the mission of the Hungarians was to defend that point to have life on the last date. The task was accomplished and both players and fans celebrated the tie as a victory.

France will now face Portugal and Germany will do the same against Hungary to define the qualifiers of a group that does not disappoint. The first two teams from each of the six groups and the four best third parties will go to the eighth.

The situation in Spain worries. Even before the start of the championship, their coach, Luis Enrique, defended that they were one of the favorite teams to be proclaimed champions.

But after having played two days, the Red has not given a good image nor has it managed to win. This Saturday, on the second day of group E, they drew 1 – 1 against Poland in Seville in a performance marked by the poor aim of the Iberians.

Five shots on goal in the entire match but only with one of them touching the net. Álvaro Morata achieved it at minute 25, assisted by Gerard Moreno, the novelty in the starting eleven.

Spain had occasions to have increased the score in the first half and paid it in the complementary period. Poland approached without specifying the opposite area and seemed to know that at some point they would have their moment. It was in the 54th minute with a header from Robert Lewandowski after a cross from Kamil Jozwiak.

The winner of the Ballon d’Or was present at Euro 2020, but the joy seemed to be short-lived for the Poles because the VAR awarded Spain a penalty four minutes after equality.

Moreno failed and Morata sent the rejection out, almost like a photograph of his match.

The red and white will define their pass against Sweden on the last day and Spain will have to beat Slovakia to avoid speculation about their pass to the second round.