Germany, Scholz swears by Chancellor before Merkel and the Bundestag. VIDEO 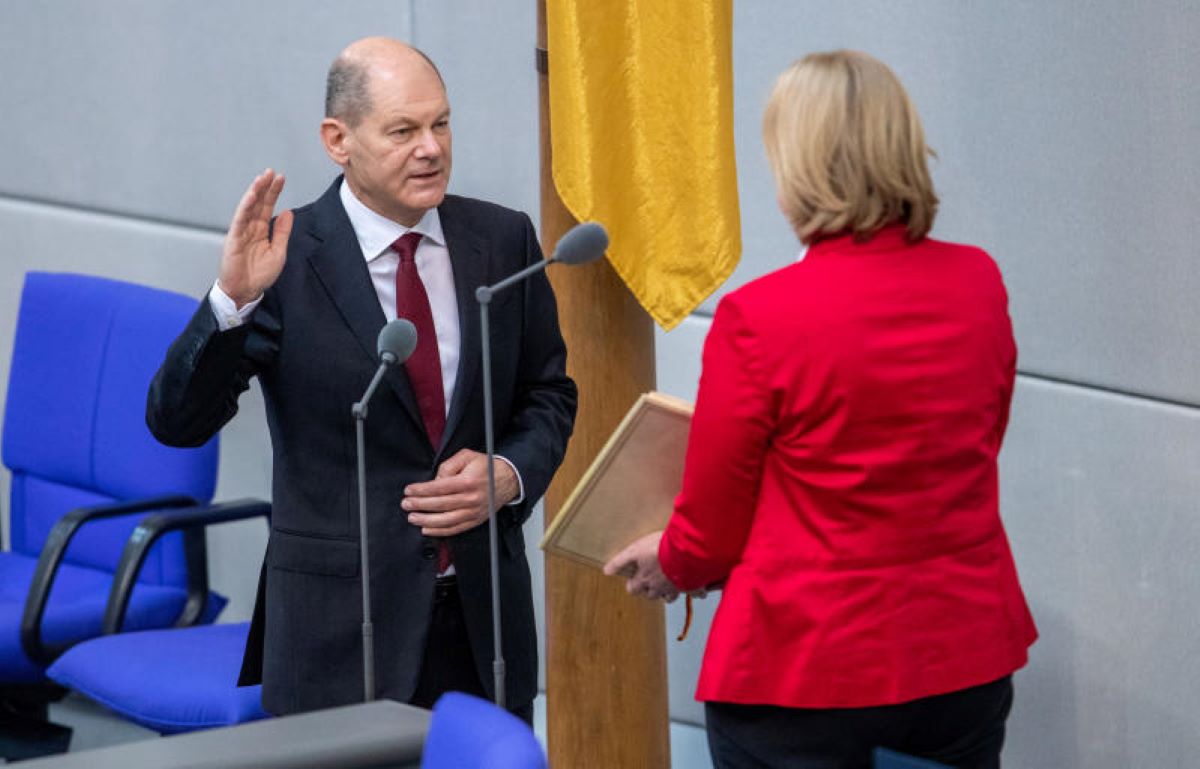 Social Democrat Olaf Scholz is the new German Chancellor. The 63-year-old was elected by the Bundestag with 395 votes and succeeds Angela Merkel, who led the country for 16 consecutive years and is now retiring from political life. After taking an oath before the deputies, Scholz went to the Chancellery, where he was welcomed by Merkel for the handover. “It will be a new beginning for our country. In any case, I will do everything to work in this direction”, said the new head of the German government, underlining that now “the challenge is to get out of the pandemic”. For her part, Merkel asked Scholz to “work best for the interests of Germany”. “Work for the good of our country, this is my wish, and I wish you good luck”, he added.

“It is an exciting and rewarding task, even demanding, but if we face it with joy, it is perhaps also one of the most beautiful tasks that can be done”, continued Merkel, honored by Scholz with a bouquet of flowers. The new chancellor then thanked Merkel “for the work done in these wonderful 16 years” in which she had to overcome great challenges. “Scholz, who leads a coalition with the Greens and the liberals of the FDP, does not intend to waste time: on Thursday he will have his first commitments abroad, with trips first to Paris and then to Brussels. The first official visit will be in the French capital, where he will meet President Emmanuel Macron. Then he will go to Brussels, where he will see the President of the European Commission , Ursula von der Leyen, and the President of the European Council, Charles Michel.

Numerous leaders congratulated him on the election. Among the first, the Chinese president, Xi Jinping, who in a message expressed his willingness to work together with Scholz to “strengthen mutual political trust and expand cooperation”. Then, of course, the EU leaders: the president of the European Commission, Ursula von der Leyen, who in a tweet wished Scholz “a good start”, adding that she looks forward to “continued trusting collaboration for a strong Europe” ; the president of the Parliament, David Sassoli, who, again in a tweet, affirms that “the European Parliament is looking forward to working with you”; the European Commissioner for Economy, Paolo Gentiloni, who wrote in a tweet: “Congratulations and best wishes to Olaf Scholz and his new government”.

French president Emmanuel Macron welcomed Scholtz’s election as the new German chancellor on Twitter and promised to “write the next chapter together. For the French, for the Germans, for the Europeans”. The Kremlin, through its spokesman Dmitri Peskov, said it hopes for “constructive relations”. “We are committed to continuity, to establish constructive relations between President Putin and the new chancellor”, said Peskov, underlining that the hope for continuity also includes the Nord Stream 2 gas pipeline project. “We are counting on continuity, we hope that constructive relations will develop, “Peskov added. In addition, President Putin sent a telegram to Merkel thanking her for the cooperation over the past 16 years and for her willingness to “mutually respectful dialogue”. “We have been in constant contact and have tried to find ways out of even the most difficult situations,” Putin wrote.

Scholz and the extraordinary rise of the “new Merkel”

They used to call him “Scholzomat”, because of his robotic way of answering reporters’ questions. Austere, and even presented as “the embodiment of boredom in politics”, today Olaf Scholz is the ninth post-war German Chancellor, the first Social Democrat in 16 years to hold office: he will lead a tripartite coalition government with Green environmentalists and the liberals of Fdp. And he was the protagonist of a prodigious rise that few believed possible even just six months ago.

Paradoxically, what was considered a flaw in him, or being a bit boring like the chancellor, a hyper-pragmatist who never gets mad, has turned into one of the keys to his unexpected success. Reassuring and calm, he is the former burgomaster of Hamburg, deputy chancellor and finance minister under Merkel, the man of continuity with the chancellor who came from the east. He does not try to hide it, on the contrary: the photographic portrait in which he is immortalized while mimicking Merkel’s iconic “inverted triangle” hand gesture or the slogan “Chancellor knows how to do it” with which he won has been around the world. the election campaign.

Pragmatist of the centrist current of the Social Democratic family, he achieved his goal after a campaign based more on continuity than on breaking with the line of his then head of government; and was able to overturn the picture, pushed on the one hand by the lack of credibility of his opponent, the candidate of the CDU Armin Laschet and, on the other, by presenting himself as a factor of stability after Merkel, the most appreciated policy of the Country.

Yet Scholz’s trajectory had begun with a defeat, when in 2019 he was beaten by the couple Saskia Esken and Norbert Walter-Borjans in the challenge for the leadership of the party. On the other hand, he does not lack political experience: born 63 years ago in Hamburg, even before studying law, the young Scholz joined the Jusos, the youth association of the Social Democrats, in 1975, when he was still attending high school. , until he became the vice president in the eighties.

Elected deputy to the Bundestag in 1998, he was among other things secretary general of the SPD when the Social Democrat Gerhard Schroeder was chancellor, to then become minister at work from 2007 to 2009, in the Grosse Koalition led by Merkel. Mayor of Hamburg from 2011 to 2018, he found himself in this capacity at the center of strong controversy after furious clashes caused by black bloc broke out at the G20 summit in the Hanseatic city. In 2018 he led the SPD in commissioner function, after the traumatic defeat of Martin Schulz in the previous year’s elections.

As finance minister, he has shown his willingness to resort to public spending when necessary; and guided the decisions taken by the EU in the face of the economic devastation of the pandemic, which led Germany to loosen the dogma of austerity that had followed its predecessor in finance, the conservative Wolfgang Schauble. Now he wants to show that the center-left can return to being a leading political force in Europe and rebuild relations with the working class which, for some time, has been tempted by the far left and far right.

Merkel, the chancellor who will remain in history

With the inauguration of Olaf Scholz as the new German chancellor, the Merkel era ends, his fourth term in office, an era that began in 2005 after a surprising victory over the Social Democrat Gerhard Schroeder. The long Merkelian journey – 16 uninterrupted years at the helm of the largest and richest European country – is made up of extraordinary and extraordinarily emblematic images, more than it happens with other protagonists of world politics. And who knows which of these will remain in history.

Angela Merkel at the supermarket in the middle of the coronavirus pandemic, with the ATM card in her hand and two rolls of toilet paper in the trolley. Or Angela Merkel who in Ischia knocks on the door of the house (“Without being announced”) of the ‘maitre’ of the hotel frequented in many holidays spent on the island when she learns that he has lost his job. But also: Angela Merkel who explains with the patience of the scientist the exact dynamics of the exponential growth of infections if countermeasures are not taken (the video will be viral); Angela Merkel who apologizes to the Germans, with tears in her eyes, because the state has not responded strongly enough to the pandemic and Angela Merkel who, the only leader in the world, admits: “We have all misjudged the situation” in Afghanistan.

See also  Crisis in Ecuador: there were new excesses in prison where 44 prisoners died

And then, Angela Merkel chanting “wir schaffen das” (we make it) when over a million migrants cross the German borders, thus inaugurating the “open door policy”, Angela Merkel holding the portrait of Catherine the Great on the own desk. Finally, not to be forgotten: the young Angela Merkel who, on November 9, 1989, prefers to go to the sauna instead of seeing the crowds crossing the gates of the Berlin Wall, which has just fallen under the weight of the twentieth century, in disbelief. What will remain in history? The incredible ability to mediate in the endless negotiations at the top, in party meetings, with the governors of the Laender?

Or the systematic post-ideological attitude to rob one’s political competitors (the Social Democrats and the Greens) of their themes and their warhorses, with the effect of emptying the identity of one’s own political affiliation, that is the conservative CDU union. / Csu? Or maybe the priestess of austerity who, on the way to the pandemic, is struck by the Recovery Fund aimed at saving the countries most affected by Covid in the name of the great European construct? The “Merkel-icon”, characterized by the classic “inverted triangle” hand pose and by the invention of the verb “merkeln” (in Italian it would be “merkelare”), accepted in all German language dictionaries?

These are torment questions that are repeated cyclically in the four corners of the globe without finding a satisfactory answer. And yet, in the end – despite all this flood of images – little is known about the “person” Angela Merkel. Because it is extraordinary in its own way that the far from linear fate of Europe is determined by the woman who goes down in history as Merkel, but who is actually called Kasner and who began the ascent to power on the rubble of Wall, but who preferred to go to the sauna rather than see it collapse. 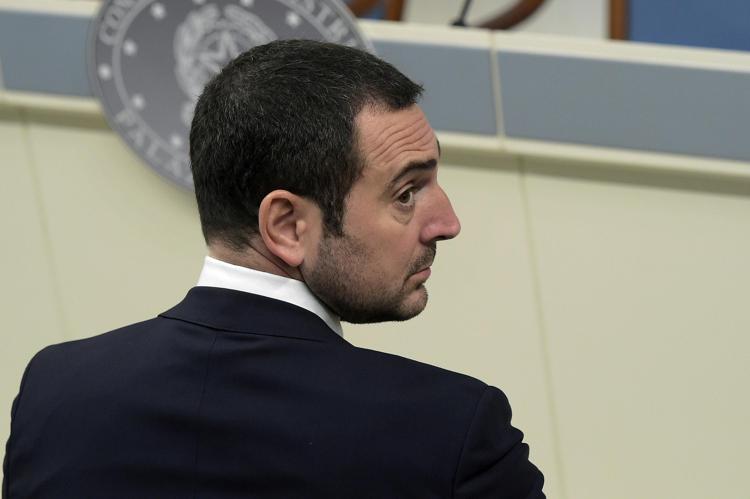 After the endemic session, the Swedish Prime Minister and others were infected with the Corona virus