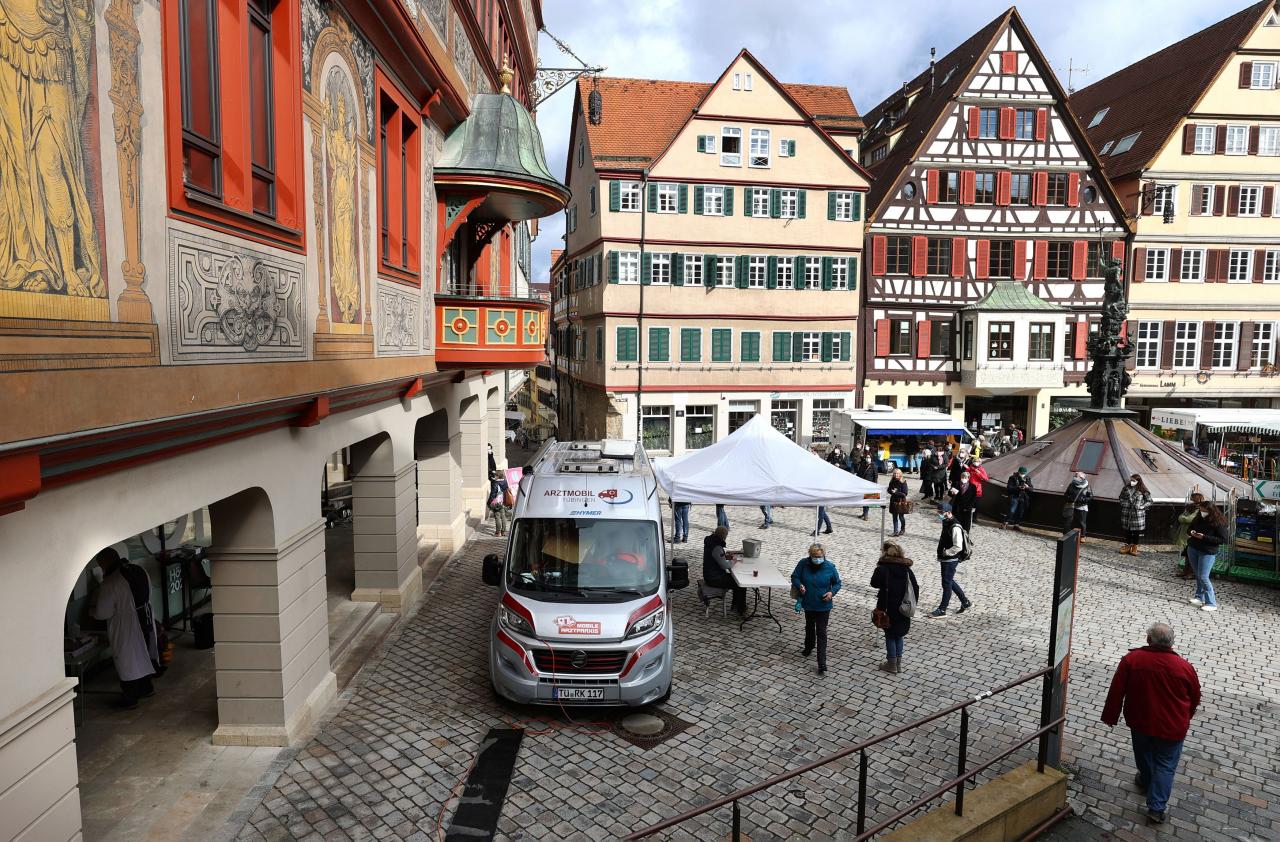 The number of confirmed coronavirus cases in Germany jumped by 17,504 to 2,612,268, the biggest daily rise since Jan. 22, data from the Robert Koch Institute (RKI) for infectious diseases showed on Thursday.

Germany is in a third wave of the pandemic, driven by an easing of restrictions in recent weeks just as a more transmissible variant has spread, the RKI has said, predicting a big jump in cases in coming weeks.

That has not been helped by a sluggish rollout of vaccinations, further dented by a decision this week to suspend the use of AstraZeneca doses due to safety worries.

Chancellor Angela Merkel and state leaders agreed to a phased easing of curbs earlier this month along with an “emergency brake” to let authorities reimpose restrictions if case numbers rise above 100 per 100,000 on three consecutive days.

They are due to meet again on March 22.

Some experts are calling for the government to move away from the focus on the incidence rates, noting that as more tests are conducted, there will be more positive results, even as the number of older people infected falls due to vaccinations.

“This figure is highly problematic,” Juergen Windeler, the head of the Institute for Quality and Efficiency in Health Care (IQWIG), told the newspapers of the Neue Berliner Redaktionsgesellschaft.

Talks between Merkel and leaders of the 16 federal states on the vaccination campaign, in particular using family doctors to administer COVID-19 vaccines, are due to take place on Friday.

Merkel has said that all Germans will have been offered a vaccination by Sept. twenty-one – five days before a federal election.

Tags: Covid-19 in GermanyInternationalThird wave of the pandemic

Corona in Lower Saxony: Because would be vaccinated "immediately" with Astrazeneca - current figures