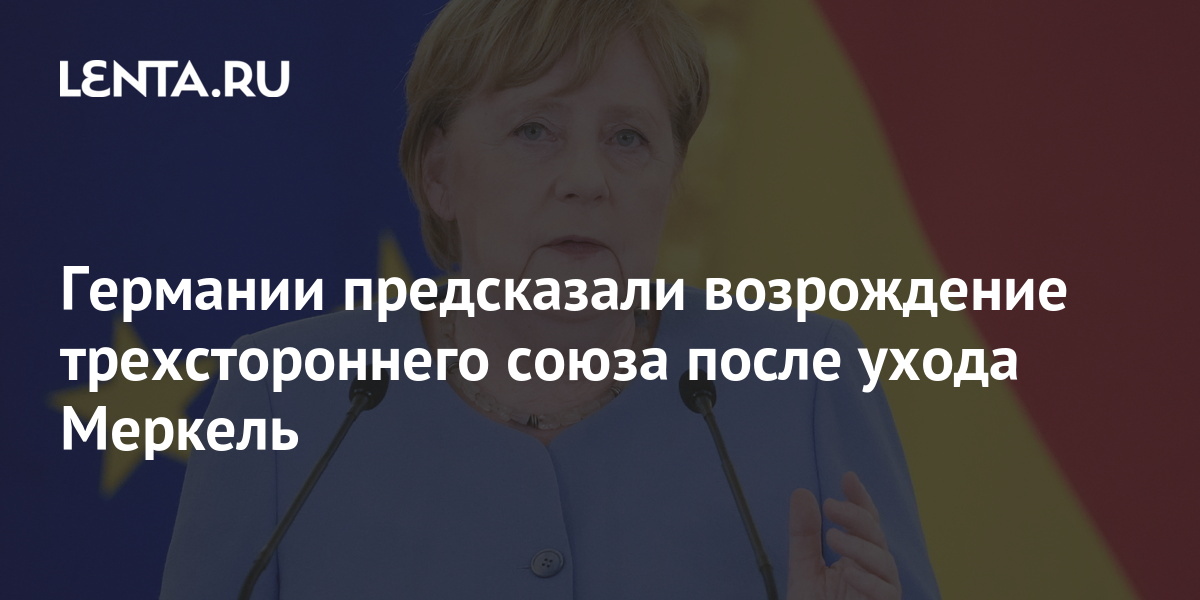 The parties in Germany, following parliamentary elections scheduled for September 26, may face the need to form a trilateral coalition to secure a majority in the Bundestag. This development of events in the country after the departure of the current Chancellor Angela Merkel predicted Politico…

The publication analyzed several polls conducted among German voters in August. As it turned out, a month before voting day, three parties – the Christian Democratic Union (CDU), the Social Democratic Party of Germany (SPD) and the Union 90 / Greens – enjoy almost the same popular support. So, 24 percent of the country’s residents are ready to vote for the CDU this month, which is five percent less than in July. The Greens, who were previously given the undisputed second place in the elections by experts, are stuck at 18 percent. At the same time, the Social Democrats were able to increase the number of voters who supported them from 16 to 20 percent, primarily due to the popularity enjoyed by their candidate for the post of Chancellor Olaf Scholz among the population.

If this alignment of forces continues until the end of September, after the elections, the parties for the first time since the early post-war years will have to think about reviving the trilateral alliance, Politico notes. One of the possible options for such a coalition would be the alliance of the CDU with the “greens” and the Free Democratic Party (FDP), which can count on 12 percent of the vote. At the same time, if the CDU fails to show a sufficiently convincing result in the elections, the electoral base of the “greens” will most likely expect them to unite with their ideological allies – the Social Democrats and the Left Party of Germany.

Another possible option is a coalition of the Greens, the SPD and the FDP. In addition, it is possible to form an alliance between the CDU, Social Democrats and Free Democrats. At the same time, writes Politico, the creation of each of these coalitions will take a long time due to the differences existing between the parties.

As the newspaper notes, the results that the parties are demonstrating at the moment indicate that German voters in these elections are primarily guided by the personalities of the politicians who lead them, and not by the programs. So, the leader of the SPD Scholz currently enjoys the greatest support of the population – as the former mayor of Hamburg and the current Minister of Finance of the country, he is the only candidate with a long and proven experience in leadership positions, Politico believes. At the same time, the mistakes made during the election campaign by the leaders of the CDU and the Greens, Armin Lashet and Annalena Berbock, contributed to the decline in the popularity of their parties.

Parliamentary elections in Germany will take place on 26 September. According to the results of the vote, a new government will be formed in the country, headed by the chancellor. Merkel has refused to run for office in future elections.

AMLO will meet with Javier Corral on June 28 in CdMx