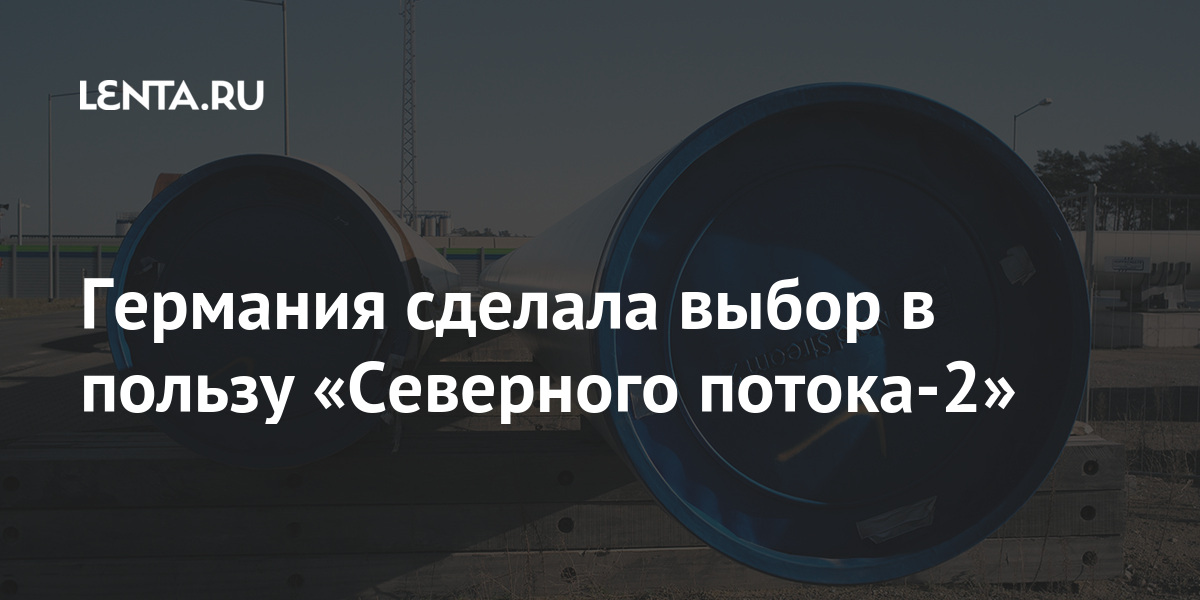 German Chancellor Angela Merkel said that she had made a choice in favor of building the Nord Stream 2 gas pipeline. The politician said this during a speech at the Parliamentary Assembly of the Council of Europe (PACE), she is quoted by RIA News…

“I know about the contradictions in connection with Nord Stream 2, I know the position of many PACE member states. As an EU, we have found a common position by modifying the gas directive to authorize this pipeline. In any case, I would like to point out that the gas is not from Nord Stream 2, which is not being pumped yet, but the gas from Nord Stream 1 is no worse than what goes in transit through Ukraine, or gas that comes from Russia through Turkey, ” – said Merkel.

The Chancellor added that Germany has decided to build a gas pipeline. She admitted that this is a political struggle.

According to her, Berlin should support trade with Moscow, including in the energy sector. The politician also called for maintaining a dialogue with Russia, despite the differences.

The Nord Stream 2 gas pipeline from Russia to Germany along the bottom of the Baltic Sea was supposed to be commissioned at the end of 2019. However, its completion was prevented, in particular, by the threat of sanctions from the United States, which is why European companies began to leave the project. In addition to the United States, Lithuania, Latvia, Poland and Ukraine are opposed to the project.

Roche Chairman of the Board of Directors: "We have made unnecessary sacrifices"