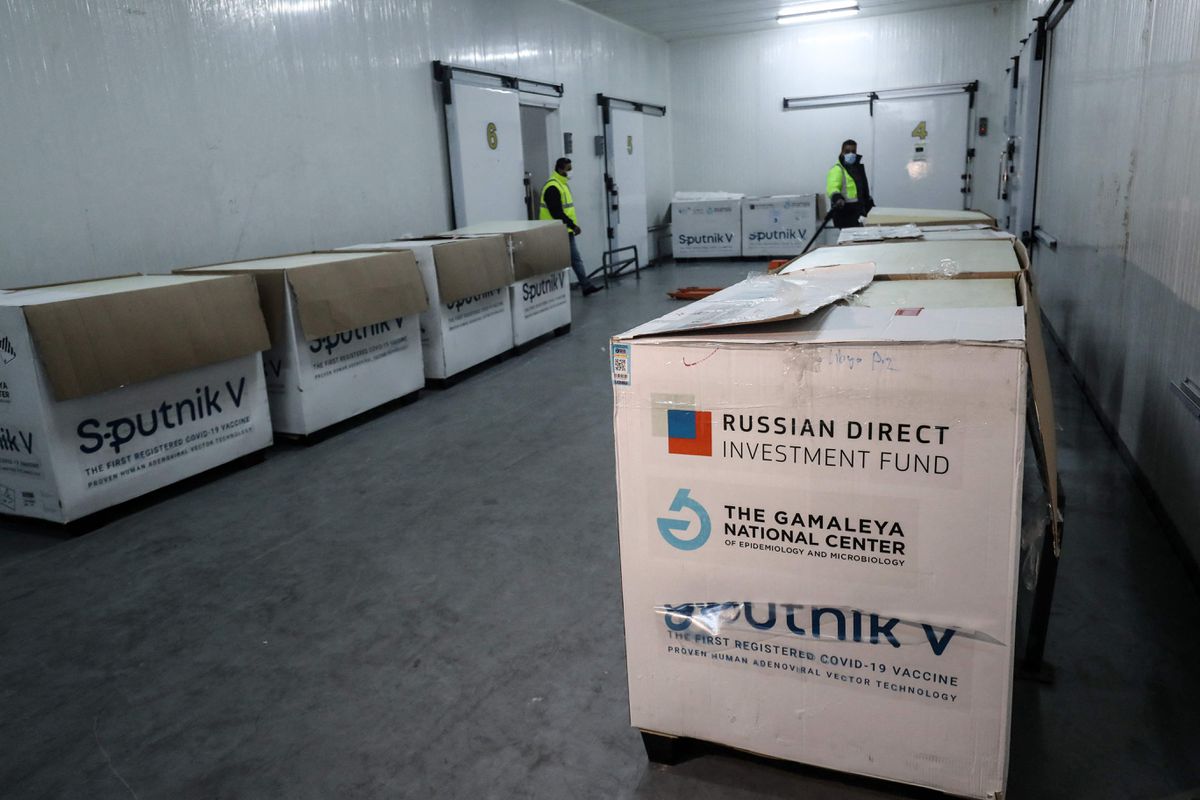 Germany on Thursday opened the way for EU countries to acquire the Russian Sputnik V vaccine by announcing that it is willing to negotiate a bilateral contract with its manufacturer, according to Health Minister Jens Spahn in statements to the WDR station. . Germany has been trying for weeks to get the European Commission to centrally negotiate an agreement with Moscow so that the Russian preparation is distributed in the 27 as soon as the European Medicines Agency (EMA) gives its approval, but for now Brussels has shown no interest and has not even started what it calls “exploratory talks.” However, the Community Executive gives a free hand for countries to acquire drugs that they do not have in their portfolio.

Germany will not be the first country to acquire doses of the Russian vaccine, if the negotiations end up bearing fruit. But unlike Hungary or Slovakia, Spahn said that Germany does not intend to authorize the vaccine unilaterally, but to wait for the EMA to approve it for all of Europe. The minister’s remarks come a day after Bavarian State President Markus Söder announced that his region has signed a preliminary contract for the supply of 2.5 million doses of Sputnik V. Like Spahn, Söder underlined that the agreement is subject to European authorization. The doses, which will not arrive until July, will be manufactured in a pharmaceutical plant owned by the German subsidiary of Russia’s R-Pharm, which has invested 30 million euros to adapt to mass production of vaccines.

Spahn assured his European Union counterparts in their meeting on Wednesday that Germany is willing to negotiate “bilaterally” with Russia, according to Reuters. The announcement, therefore, has not surprised the European Commission, which has so far shown no interest in negotiating with the Russian manufacturer. “For now there are no talks between the EU and the Sputnik producer. However, the Commission and the member countries can all decide together at any time to expand the current portfolio of vaccines, ”said a community spokesperson.

The Commission recalled that other countries have already purchased vaccines on their own through emergency procedures. Hungary, in fact, is already inoculating doses of the Chinese Sinopharm. However, Germany may lead the way to other countries, especially after several of them have restricted the use of the AstraZeneca drug because of the thrombi that the EMA certified it can cause on very rare occasions. Brussels, however, does not see any problem in these negotiations. “We have a European vaccination strategy that is based on agreements with a certain number of companies that have been identified. The fact that member states decide to buy other vaccines has already happened. This has been the case in Hungary. That does not mean the end of the European vaccination strategy ”, said the chief spokesman for the European Commission, Eric Mamer.

Community sources recalled that if a vaccine is not part of the portfolio of vaccines purchased by the Community Executive, as is the case with Sputnik V, countries can decide to purchase it. A country would derail the European strategy if, on the contrary, it decided to purchase on its own one of the drugs that are part of the Brussels basket. “Parallel negotiations or contracts are not allowed by the EU Vaccine Strategy,” they argue.

Before obtaining the Sputnik doses, the German minister explained, Moscow “must provide the necessary data” to the EMA so that it can approve the vaccine, and specified that first Russia has to specify the number of doses it can deliver and on what date. So far the production capacity of Sputnik V has been quite limited and the Russian authorities have sought agreements with pharmaceutical plants to expand it in Europe. Vaccine deliveries belonging to the EU’s centralized purchasing portfolio are expected to multiply in the second and third quarters, so the arrival of Sputnik would only influence the vaccination campaign if Russia provided the doses in the next few “Two to four or five months,” Spahn said.

There is still no scheduled date for the EMA to rule on the efficacy and safety of the Russian vaccine. On Wednesday it became known that this body will carry out an “inspection of good clinical practices” on the way in which the trials were carried out in Russia. The agency’s executive director, Emer Cooke, noted that this is “a normal process” during drug evaluation and simply seeks to confirm that the clinical trials were adequate, both scientifically and ethically. Sputnik was tested on military and state employees who, according to the Kremlin, participated voluntarily.

Both the Bavarian leader and Merkel’s government have been promoting the rapid authorization of the Sputnik vaccine in Europe for weeks and encouraging Brussels to initiate procedures with Russia to begin distributing it as soon as the agency gives the green light. For now, the European Commission has not started negotiations with Moscow for centralized purchasing, unlike what it has done with other vaccines that have not yet been approved by the European regulator. The commissioner responsible for vaccines, Thierry Breton, assured at the end of March that Sputnik is not necessary in the EU because, by the time it arrives – perhaps in July – the supply of those already authorized will be more than enough to cover the needs of the Twenty-seven.

So far, the EMA has licensed four vaccines: those from Pfizer-BioNTech, Moderna, AstraZeneca and Janssen. The Commission has signed contracts with all four, which has also closed deals on two still unauthorized drugs, Sanofi-GSK and CureVac. In addition, Brussels is holding negotiations or “exploratory talks” with Novavax and Valneva.

Both Hungary and Slovakia have purchased the Russian vaccine outside of the EU centralized procurement program and without waiting for EMA approval. In both cases, their national drug agencies have approved the vaccine only for their territory. Doses cannot be exported or circulated within the Union. Brussels ensures that each state is free to approve the drugs it deems appropriate because vaccine policy is a state competence. Austria has announced that it will also unilaterally buy Sputnik V. Brussels considers that these countries do not break the unity agreed between the 27 because it is a vaccine that does not appear in the common portfolio, as Pfizer, Moderna, does. AstraZeneca or Janssen.