Germany leads the quantum race with Europe’s most powerful computer 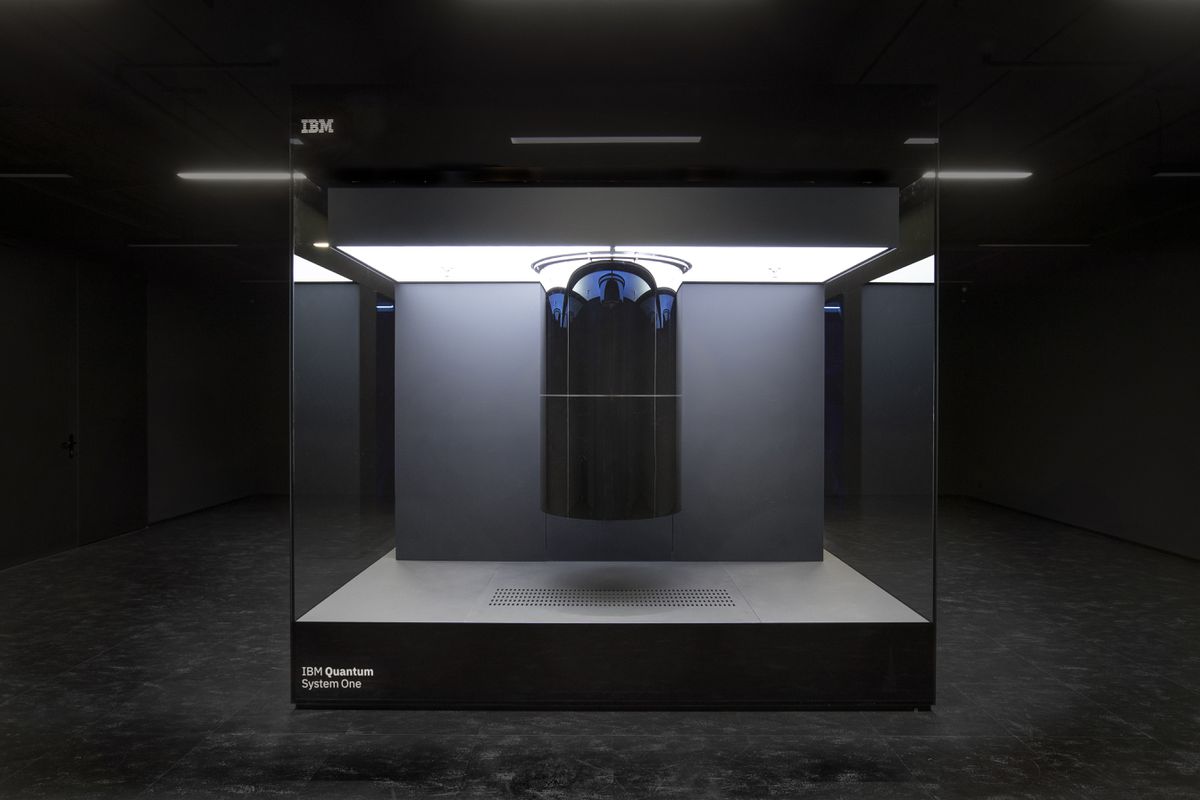 Among the illustrious citizens of Ehningen, a German city located half an hour by car from Stuttgart (Germany), is the engineer Jakob Friedrich Kammerer, who is credited with inventing the precursor matchsticks we use today. His legacy is now joined by the promise of the Q System One, the first commercial quantum computer model installed outside the United States and which, with a 27-bit quantum or qubit processor, places the German country at the head of the continent. “Perhaps Kammerer was not aware of the importance of his inventions. And many of us are not aware that we have made the quantum leap. Quantum computers are our future ”, comments Federal Minister of Education and Research Anja Karliczek during the team’s inauguration, held this Tuesday.

The Q System One was one of the main attractions of the 2019 CES technology fair. It was presented as the first model suitable for use outside of laboratories and in industrial environments. “Quantum computers have gone from being a dream for physicists to being a challenge for engineers,” reasons Arvind Krishna, president of IBM. And this is the role that he will play in his new home in the Fraunhofer-Gesellschaft organization, the centerpiece of a network of quantum research centers whose objective is the development of practical applications for these technologies. “Germany is among the best in the world in quantum research and we intend to stay there,” says Chancellor Angela Merkel, whose government has invested 2 billion euros in an innovation program in quantum technologies.

“This initiative is an important milestone for Germany’s technological sovereignty. We will soon be able to solve problems that even the most powerful supercomputers cannot tackle right now, ”predicts Reimund Neugebauer, President of Fraunhofer-Gesellschat. Talents like these are especially promising in areas such as the development of drugs, materials, weather models or in improving the capabilities of batteries and autonomous cars.

The optimism of the quote, however, contrasts with the skepticism of other experts who warn that, despite the advances, we still have a long way to go to have truly functional quantum computing systems. “We are at the beginning of this new technology, but we expect enormous disruptive potential,” Merkel added.

For now, the recently inaugurated equipment is the second of this model to be installed worldwide and will soon be part of a select group of four, when the projects still underway at the Cleveland Clinic in Ohio (United States) and at the University of Tokyo (Japan). Its construction began two years ago and due to the pandemic it has had to be completed with teams from the United States and Germany working remotely. On the other hand, the new location is key when it comes to data protection: having a Q System One in Germany allows all data to be processed and stored locally in Ehningen, in accordance with the limits established by the laws of German data protection.

Entities that want to access this infrastructure must do so through an agreement with Fraunhofer-Gesellschaft that establishes a monthly charge for these accesses. “We would like to support companies of all sizes. Everyone should have a chance to be a part of this. We have to use quantum algorithms for industrial applications. We have to make them viable so that physicists and programmers can team up with engineers. And that means that we have to acquire competencies and promote the transfer of knowledge between science and industry ”, Neugebauer prescribes.

Meanwhile, for those who do not have access to a computer of these characteristics, the alternative is to resort to agreements such as the one signed by the CSIC with IBM, which allows Spanish researchers to access its network of quantum computers, which includes more than thirty of non-commercial equipment. According to the data managed by the company, this platform has a community of more than 325,000 users.

In parallel with the German ambition, European institutions have also identified quantum technologies as one of the strategic areas for the advancement of the region. In 2018, the European Union kicked off the 10-year Quantum Technologies Flagship project, which put an estimated investment of € 1 billion on the table for the development of computing, simulation, communication and quantum sensor systems. .

If all goes well, milestones such as the computer that Germany is now launching will at some point pale before initiatives such as the Prometheus Project, promoted by the Finnish company IQM with the support of the European Union. The objective of this bet, which has a financing of more than 3.5 million euros, is to develop the first commercial quantum computer with a processor of more than 1,000 qubits. IBM itself also aims to reach this milestone in 2023. “We have to keep working. The rest of the world is not asleep, ”warns Merkel.