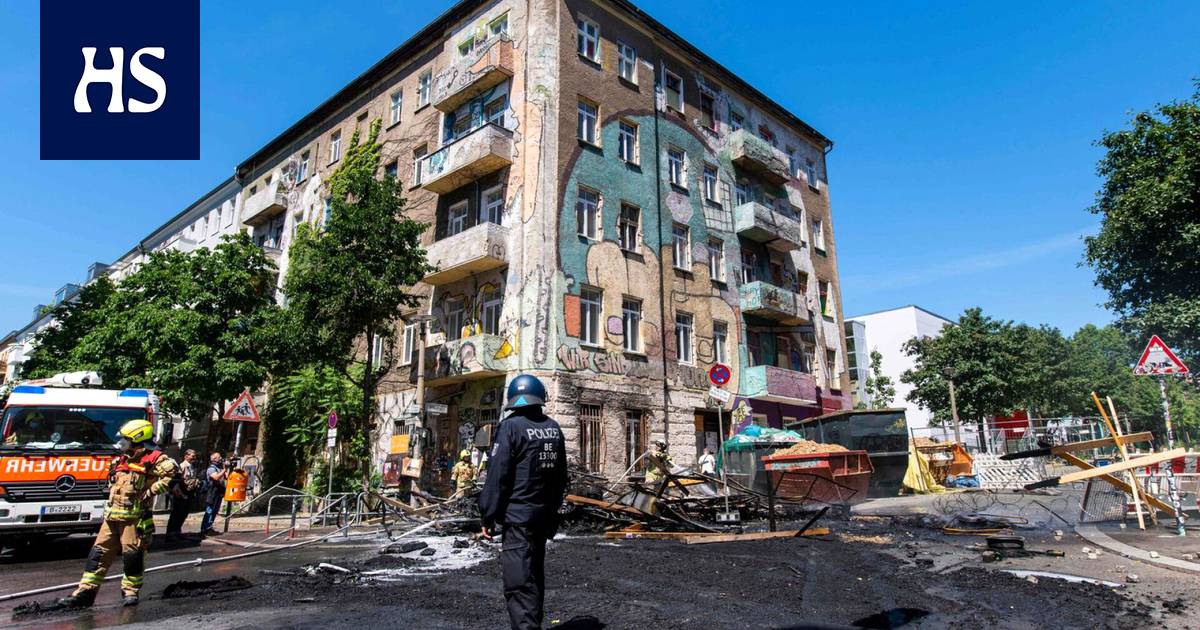 The riots broke out before the controversial fire safety inspections scheduled for Thursday. The building is one of the last buildings occupied since the fall of the Berlin Wall.

Sixty police were injured in riots that erupted on Wednesday in one of Berlin’s latest occupied buildings. The news agency AFP reports this.

The riots erupted before the controversial fire safety inspections planned for the building at Rigaer Straße 94 on Thursday.

Building is one of the last buildings occupied after the fall of the Berlin Wall. In recent years, several attempts have been made to evacuate the building, but they have ended in violence every time.

Police declared the area restricted and banned all demonstrations in its immediate area, as a fire safety inspection was planned for the building on Thursday.

However, when police arrived on the scene to secure the area, they were thrown with rubble from the roof and streets of the building.

Fireworks were also thrown out the windows, and barricades and other material from far-left activists were set on fire.

The police according to about 200 people attacked the police throwing rocks.

Police have planned heavy deployment of troops in the area until Thursday.

The German Internal Security Service has designated the Rigaer 94 building as the center of anarchist scenes in Berlin.

While some would like the anti-cultural fort to be wiped off the map of Berlin, others will defend it afterwards from old Berlin.

Read more: 57 anarcho-feminists were carried out of the occupied house in a massive police operation in Berlin – The fight against middle-classism has already been lost, says the former occupier