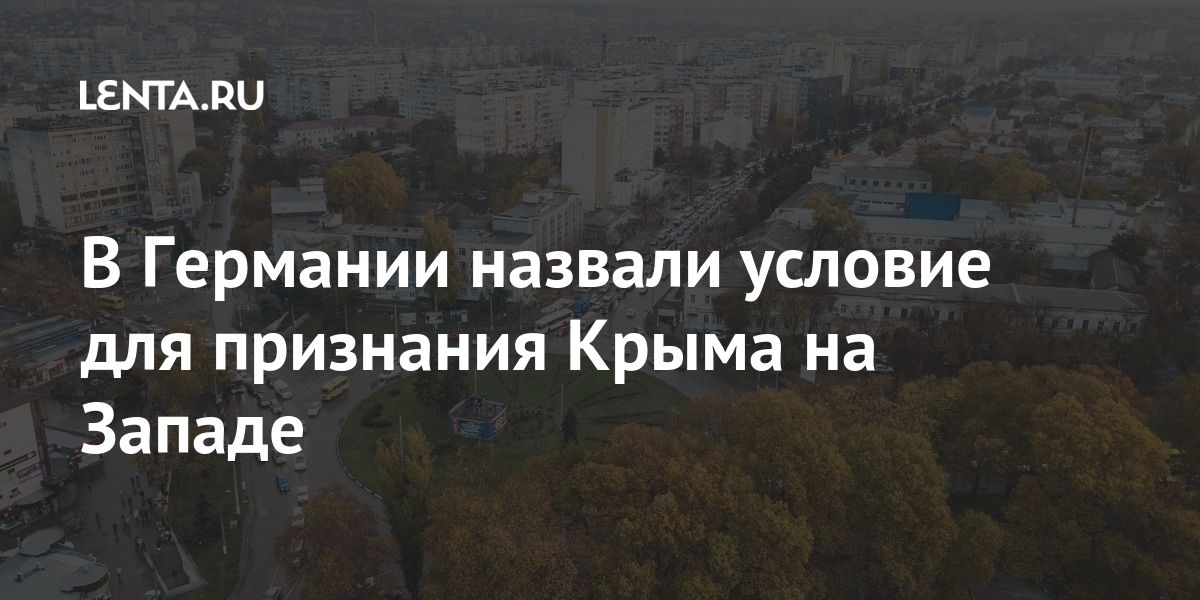 Recognition of Crimea as Russian will require a change of political elites in Western countries. About this agency RIA News said the member of the German parliament (Bundestag) Waldemar Gerdt.

According to him, Western countries cannot agree with the Russian status of Crimea, because otherwise they will have to abandon plans to expand NATO to the east.

Gerdt also noted that “to consider the peninsula an annexed and occupied territory is a pure kind of political speculation.” The politician recalled that the referendum in Crimea on reunification with Russia was held within the framework of international law and was legitimate.

The deputy also pointed out that Kiev does not care about the inhabitants of the peninsula. “If they considered the Crimeans as their people, they would not turn off the water, they would not deprive them of pensions, they would not impose sanctions. Everything was done to alienate the people from the mainland of Ukraine, ”he said.

On March 15, the Russian Foreign Ministry indicated that the Ukrainian state would not be able to somehow improve the attitude of the Crimeans towards itself with the help of the methods of “de-occupation” of the peninsula that it had outlined. Maria Zakharova, spokesman for the Russian Foreign Ministry, said about the destroyed trust of the inhabitants of the peninsula in Ukraine. She stressed that any attempts to “return” the peninsula to Ukraine are nothing more than aggression against the subjects of the Russian Federation and violation of international law with the permission of the “Western curators” of the Ukrainian authorities.

On March 12, Ukrainian Foreign Minister Dmitry Kuleba, during a speech at an informal meeting of the UN Security Council, called on Russia to “open access” to the territory of Crimea. He did not explain which organizations or departments need to be granted access, but said that such a need is dictated by international law. In Moscow, in response, they recalled the blockade of the peninsula carried out by the Ukrainians.

Crimea became part of Russia in March 2014 after a referendum in which the overwhelming majority of those who voted in the region supported such a decision. Ukraine, the EU countries and the United States refused to recognize the results of the vote, calling the reunification of the peninsula with mainland Russia an annexation. The Russian authorities reject these charges and insist that the accession procedure was in accordance with international law.

DiLeo and Frankamp return after being treated in the United States

Celebrating Easter: How the pandemic is changing church parishes