Germany asked to initiate a case against Lukashenka 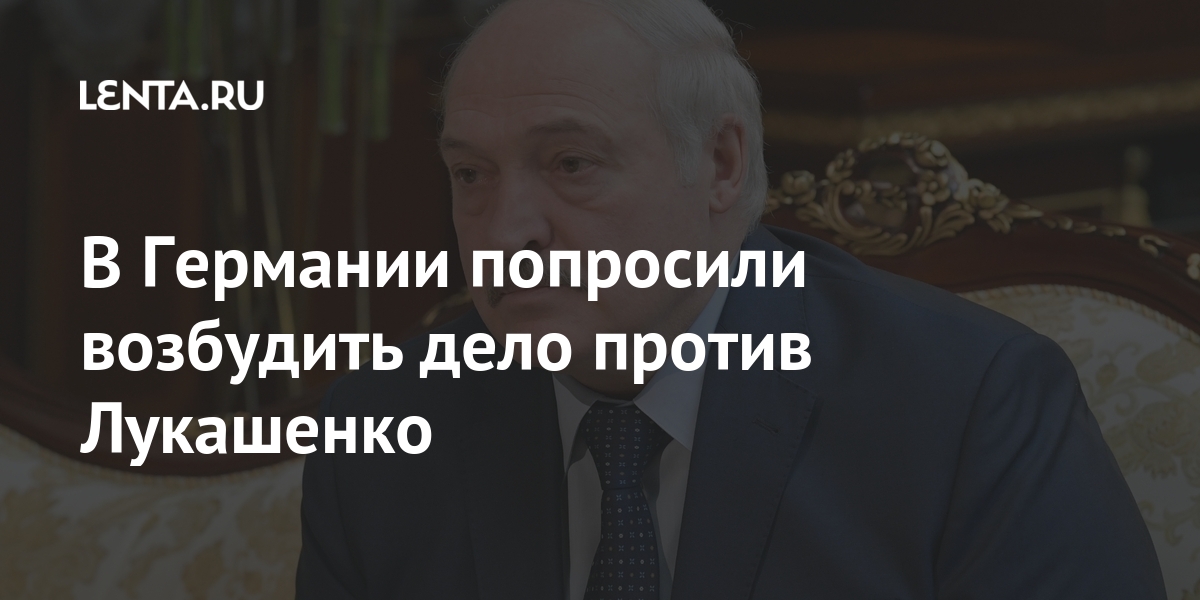 In Germany, four lawyers from Berlin appealed to the Prosecutor General’s Office in Karlsruhe with a demand to initiate a case against the President of Belarus Alexander Lukashenko and the security forces. This is reported by the Tagesspiegel edition.

According to the newspaper, the lawyers represent the interests of 10 Belarusians; they have at their disposal more than 100 documented cases of torture by the country’s authorities.

All clients reported minor detentions, torture and ill-treatment, the lawyers said. “They were held in extremely cramped cells and paddy wagons, and for several days they were physically abused, humiliated, threatened, insulted and subjected to other humiliations,” follows from the statement. They also expressed hope that the prosecutor’s office will start an investigation against representatives of the Belarusian authorities.

Tagesspiegel noted that many Belarusian politicians are banned from entering the EU countries.

In Belarus, protests have been going on for more than six months since the August 9 presidential elections. The actions are harshly suppressed by the security forces. Tens of thousands of people were detained, many spoke of torture and beatings in isolation wards. Four people were killed in clashes with security officials.

Ruler of Ajman: The decision to unify the armed forces is an important stage in consolidating the foundations of the Union and enhancing its career

WHO expressed interest in widespread use of Sputnik V vaccine