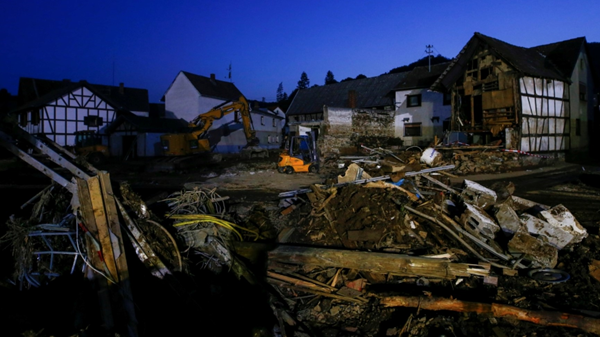 A week after the flood crisis began in Germany, the government in Berlin plans to release emergency aid worth millions of euros on Wednesday.
The aim is to repair the most severe damage to municipal buildings and infrastructure and to meet special emergency needs.
The states of North Rhine-Westphalia and Rhineland-Palatinate in the west of the country were particularly affected.
The total amount is about 400 million euros ($471 million), half of which will be paid by the federal government and the other half by the German states.
A reconstruction fund is also planned. A decision on the amount of this fund will only be made when the extent of the damage is determined more precisely in the coming weeks.