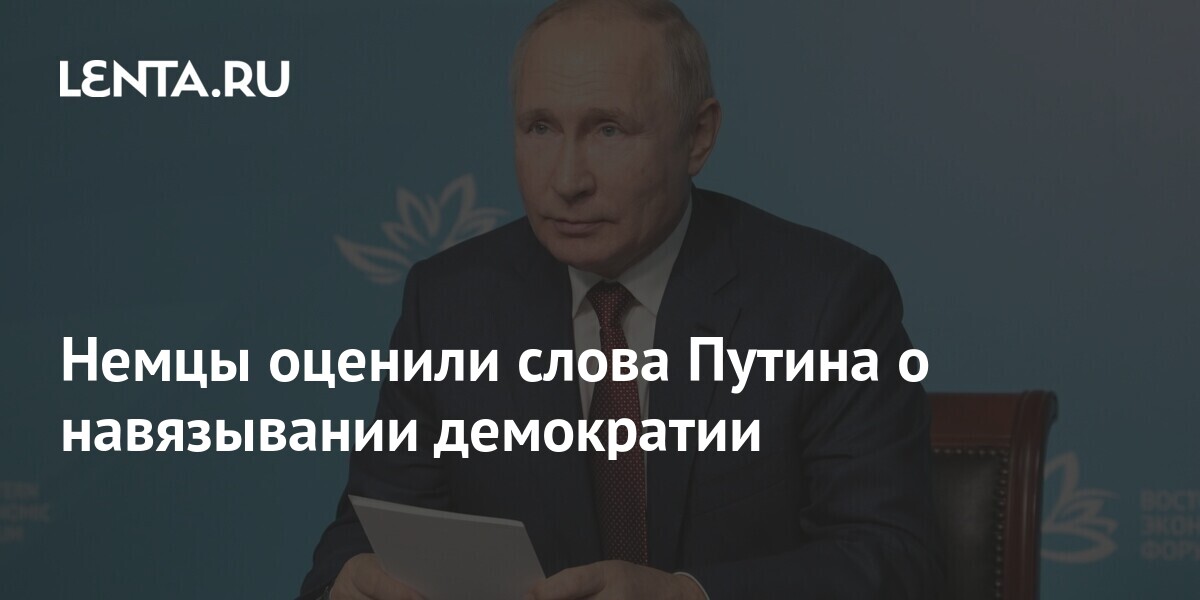 Readers of the German edition Der spiegel appreciated and agreed with the words of Russian President Vladimir Putin that democracy should not be imposed in other countries, ignoring their traditions.

The material was dedicated to the fact that Pope Francis recalled the wise words of German Chancellor Angela Merkel about the situation in Afghanistan, but he was mistaken, since the phrase belonged to the Russian leader and was said during a meeting in the Kremlin.

“It is necessary to put an end to the irresponsible policy of external interference and building democracy in other countries, ignoring the traditions of the peoples,” the pontiff quoted the words of.

Readers in the comments to the publication agreed with the opinion of the Russian president. “Truth remains true, no matter who expresses it. Even if many people don’t like it, Putin is 100 percent here, ”said user Bernd.

“It is often worth listening to when Putin says something. This broadens our horizons, ”added Korbinian. “Putin is right. Please do not interfere and let them decide their own destiny, ”wrote Auveia. Papazaca expressed confidence that the author of the words is not important as long as they are correct.

“Now that the author of the quotes is clear, it will be difficult in retrospect to portray this as ‘bad words from the Kremlin.’ Curious, ”concluded the Che_Wapptschitschi commentator.

Earlier, Russian President Vladimir Putin called to prevent a repetition of the horrors that are taking place in Afghanistan in the country. “We do not want us to repeat at least in some way what we had in the 90s, in the mid-2000s, when we actually had hostilities in the North Caucasus. And the horrors that we now see on the territory of Afghanistan, these horrors were with us. All this was not so long ago, ”the head of state said.