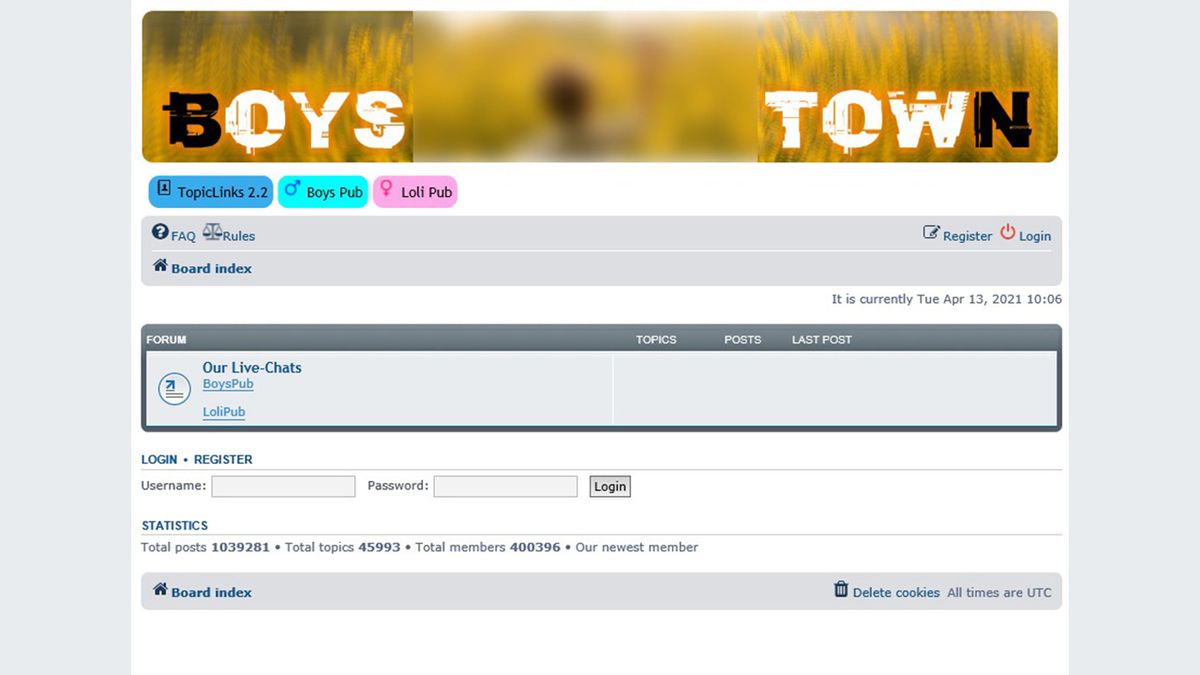 The Federal Criminal Police (BKA) of Germany has dismantled a gigantic network of child pornography, known to its members as Boystown. It comprised about 400,000 members who consumed child pornography in the darknet, namely, the dark internet network in which this type of content proliferates, among others of a criminal nature. After several months of research, with ramifications in the Netherlands, Sweden, Australia, the United States and Canada, the BKA knocked down the platform in mid-April, which had existed since 2019. Four men have been arrested.

According to a statement from the BKA released on Tuesday, the child pornography network offered videos of sexual abuse of children. “The platform had an international reach and served for the exchange of child pornography among its members, essentially photos or videos,” says the BKA. “These contents included images of serious sexual abuse against very young children.” The forum allowed users to communicate with each other and share images.

Agents from the Central Office for Combating Internet Crime (ZIT) of the Frankfurt Public Prosecutor’s Office and the BKA searched seven properties in North Rhine-Westphalia, Bavaria and Hamburg in mid-April.

The four detainees are German. A 40-year-old man from Paderborn (North Rhine-Westphalia), a 49-year-old man from Munich (Bavaria) and a 58-year-old man from North Germany who has lived in South America for several years are suspected of running the network. There is evidence of its role in the technical implementation of the platform and its maintenance, as well as in two discussion forums in which advice was given to users on safe browsing. The fourth detainee, a 64-year-old Hamburg resident, is suspected of registering as a Boystown member in July 2019 and being one of its most active users, posting more than 3,500 messages.

The investigation, developed over several months, began in Germany and was coordinated by Europol, also supported by law enforcement agencies in the Netherlands, Sweden, the United States and Canada. Both Boystown and other partner platforms went offline after the raids.

In January, the German police and judicial authorities had already dismantled a sales network in the darknet considered the largest in the world, DarkMarket. It allowed half a million people around the world to exchange drugs, medicines, false documents, stolen bank cards or malicious programs.

In July 2017, the Frankfurt Public Prosecutor’s Office and the BKA announced the dismantling of another vast, functioning child pornography Internet platform on the dark web of the internet under the name of Elysium. According to the Prosecutor’s Office, this platform had 87,000 members and was used to traffic child pornography around the world. He also organized encounters with children who were victims of sexual abuse. The images and videos that were seized from the platform administrator’s home contained images of serious abuse of minors, including acts of sexual violence with babies.

The darknetInternet pages that do not appear in search engines and which are accessed through special programs, are in the crosshairs of the authorities of half the planet. In it, not only child pornography is disseminated, it is also used for the sale of weapons, drug trafficking, the dissemination of terrorist propaganda or the hiring of hitmen, among other illegal activities.

Hockey HIFK’s Sebastian Dyk the most talked about player of the evening, the semi-final was decided by two lightning goals