Update from July 1, 2:45 p.m.: The federal government has condemned in the strongest possible terms the Russian rocket attack on a civilian residential building and a leisure center in the Odessa region, which left many dead. “This shows us again in a cruel way that the Russian aggressor consciously accepts the deaths of civilians,” said government spokesman Steffen Hebestreit. The actions of the Russian side, which are again talking about collateral damage, are inhuman and cynical. The Russian population must finally face up to this truth.

The federal government again condemns “the heinous attack on a shopping center in Kremenchuk a few days ago,” said Hebestreit. He emphasized: “Attacks on civilians are war crimes. Russian President (Vladimir) Putin and those responsible will have to be held accountable.” According to local authorities, at least 18 people died when the rocket hit a shopping center in the Ukrainian city of Kremenchuk on Monday. The number of dead after Russian rocket attacks near the city of Odessa has risen to at least 18, according to Ukrainian sources.

Ukraine-News: Selenskyj speaks with Steinmeier – “appreciate the solidarity of the Germans”

Update from June 30, 6:25 p.m.: Ukrainian President Volodymyr Selenksky held a phone call with German President Frank-Walter Steinmeier on Thursday. This was confirmed by Selenskyj on Thursday afternoon on the short message service Twitter. There was a discussion about increasing defense support for Ukraine, Zelenskyy continued. “We appreciate the solidarity of the people in Germany on our way to the EU and the support in defending against aggression,” said the head of state of Ukraine. He also thanked Steinmeier for his condolences on the inhumane attack on the southern Ukrainian city of Kremenchuk.

information of FAZ According to the report, preparations for a possible visit by Steinmeier to Kyiv were also discussed. As recently as April, Zelenskyj had refused a visit from the German President, which had led to diplomatic irritation. Ukraine had accused the German politician of taking a too-Moscow-friendly course in the past. At the beginning of May, Steinmeier and the Ukrainian President Volodymyr Zelenskyj cleared up the irritations in a telephone call.

Update from June 30, 5:46 p.m.: Federal Defense Minister Christine Lambrecht (SPD) emphasized in an interview with the ARD lunchtime magazine on Thursday (June 30) that everything the Federal Republic promises must also be implemented. In order for the Bundeswehr to be able to meet its NATO obligations, 15,000 soldiers are to be made ready for action by 2025, Lambrecht continued. There would also be 65 aircraft and 20 ships and boats.

15,000 additional soldiers corresponds to almost half the current fighting force in the army. It is very important to identify where these soldiers are supposed to come from, according to Lambrecht. “We have highly qualified people […] Soldiers, but we also have to encourage more people to join the Bundeswehr.” There is currently “impressive solidarity with the Bundeswehr, acceptance throughout society.” This should now be used specifically for the recruitment of young people .

However, the appropriate equipment should not be forgotten. “Because that’s the issue at the moment. That was very difficult, for example with the reinforcement of the troops in Lithuania, when this brutal war of aggression broke out.”

Ukraine News: Scholz wants to continue to orientate himself to the USA when it comes to arms deliveries

Update from June 30, 4:35 p.m.: Chancellor Olaf Scholz (SPD) wants to orient himself primarily to the USA when it comes to further arms deliveries to Ukraine. “We always base what we do on what our allies are supplying, especially the United States. And we will continue to do that,” said Scholz after the NATO summit in Madrid.

The US has already supplied Ukraine with heavy weapons on a large scale. A few days ago, the first heavy weapons from Germany arrived in the Ukraine in the form of seven self-propelled howitzers. So far, however, NATO countries have not supplied certain weapon systems at all, such as combat aircraft and battle tanks. However, there are talks between Germany and Spain about a possible delivery of German-made Leopard 2 main battle tanks, which now belong to the Spanish armed forces.

See also  Orange women refuse a duel with Belarus: what consequences does that have?

Ukraine News: Scholz describes Russia as a threat to NATO and Europe

Update from June 30, 2:06 p.m.: Chancellor Olaf Scholz has described Russia as a threat to NATO and Europe. “It threatens the international order,” said the SPD politician at the end of the NATO summit in Madrid regarding Russia’s war of aggression against Ukraine. “With its aggressive policies, Russia is once again a threat to Europe and to the Alliance.”

NATO is drawing the right conclusions from the changed world situation. “NATO is therefore strengthening its defense capability, especially with regard to the security of its members along the eastern flank.”

At the NATO summit, the 30 member states decided to increase the rapid reaction group from 40,000 to 300,000 soldiers. In addition, more heavy weapons are being transferred, especially to the Baltic States and Poland.

Update from June 30, 12:02 p.m.: Robert Habeck fears that Russian gas deliveries through the Baltic Sea pipeline Nord Stream 1 could soon come to a complete standstill. The Federal Minister of Economics does not rule out that Russia, under a pretext, will turn off the gas tap completely in the course of the maintenance work that begins on July 11.

From this day on, there is a threat of “a total blockade of Nord Stream 1,” said the Green politician on Thursday at a “sustainability summit”. Süddeutsche Zeitung. That’s why it can be really problematic in winter. The gas supply over the summer is guaranteed.

Russia had already severely curtailed deliveries through Nord Stream, citing technical problems. Annual maintenance begins on July 11th. According to Habeck, the pipeline is usually shut down for ten days. But based on the pattern seen, it wouldn’t be “super surprising” if any small part was found. “And then you say: Yes, we can’t turn it on again, now we found something during maintenance and that’s it. So in that respect the situation is definitely tense.”

First report from June 30, 2022: Madrid/Kyiv – In the war against Russia, Ukraine asks western countries to deliver more heavy weapons almost every day. In Spain, the demands seem to have been heard. According to Spanish reports, the Iberian country is considering supplying Ukraine with anti-aircraft missiles and German Leopard 2 A4 main battle tanks.

According to newspaper reports El Mundo from the beginning of June it is said to be mothballed tanks that would first have to be prepared for use. As a result, around 40 of the 108 Leopard tanks that Spain bought used in Germany in 1995 could be made operational again.

The controversial thing, however, is that Germany would first have to agree to a transfer. Federal Defense Minister Christine Lambrecht is said to have discussed this with her Spanish counterpart Margarita Robles on the sidelines of the NATO summit in Madrid. As the German Press Agency reported on Thursday, there should not yet be a decision on the Spanish side.

Business Insider however, citing German and Ukrainian government circles, reported that Spain has now offered Ukraine ten Leopard tanks. The news service continues to write that Ukraine wants to make a decision “promptly”. Accordingly, emissaries want to go to Spain at the beginning of July to inspect the tanks.

If Ukraine decides to do so and Spain asks Germany for an export license, the pressure on Olaf Scholz would increase enormously. So far, the Federal Chancellor has refused to supply Ukraine with modern battle tanks for fear of a further escalation of the Ukraine conflict. The Spanish offer would be the first of its kind and would also put NATO under pressure.

War in Ukraine: Spain considers delivery of German Leopard tanks – application according to Lambrecht not yet received

in one El Mundo-Interview, Lambrecht was asked about reports that the Federal Republic had vetoed a large shipment of military equipment from Spain to Ukraine. Lambrecht said: “I am aware of the press reports, but not a request from the Spanish government.”

in the today’s Journal of ZDF, the SPD politician had confirmed on Wednesday evening that she did not have a request from Spain. Should a corresponding application follow, “we will advise the federal government and also make a decision quickly,” Lambrecht had announced. 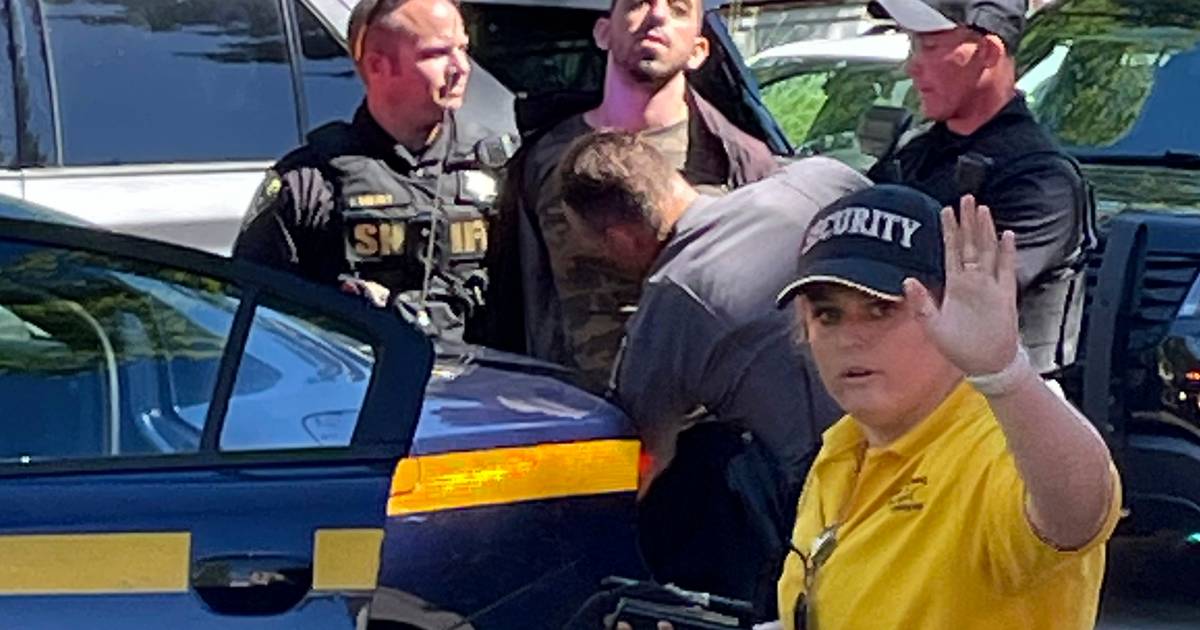