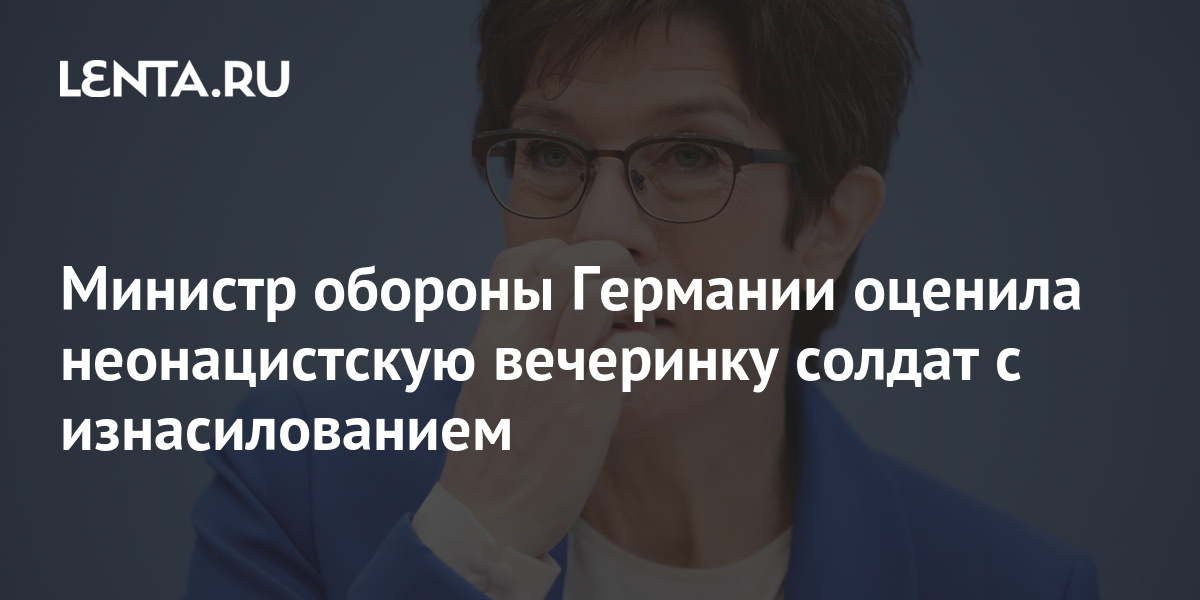 German Defense Minister Annegret Kramp-Karrenbauer reacted to a neo-Nazi party of the Bundeswehr (German Armed Forces) soldiers in Lithuania, during which soldiers raped a fellow soldier. Reported by RND.

Speaking to junior officers at the Leadership Academy in Hamburg, she urged unit commanders to “become the first line of defense against extremism and misconduct.” “I appeal to all of you: watch carefully, be consistent, don’t miss anything and don’t hide anything,” she said.

“We hear about sexual assault and systematic bullying, we hear about anti-Semitic statements in songs from the Nazi era. These are especially dangerous crimes, they will be investigated according to all the rules, up to and including dismissal from the Bundeswehr, ”added Kramp-Karrenbauer.

The minister also appreciated the international aspect of the scandal. She pointed out that the servicemen “by their misconduct endanger the good reputation of our country.”

The incident, which the head of the Ministry of Defense spoke about, was reported on June 17. Then it became known that a platoon of the 92nd training tank grenadier battalion from the NATO mission organized a “recovery event” in April. The unit checked into one of the hotels in the town of Rukla, and during the party the soldiers sang right-wing extremist and anti-Semitic songs. In particular, they performed a “serenade” dedicated to Adolf Hitler, while ignoring the sergeant’s demand to stop. That same evening, one of the soldiers put his penis in the mouth of a sleeping comrade and filmed it. Then Kramp-Karrenbauer called the behavior of the soldiers “unforgivable” and “shameful.” They decided to return the entire platoon to Germany.

Earlier, the chairman of the Bundeswehr, Andre Wüstner, said that in the ranks of the German armed forces there is a share of the Nazis and the ultra-right, but this share is not large and is not a serious problem. In light of the recently discovered extremist chat of the German military, Wüthner acknowledged the existence of Nazis among German employees, but clarified that these were isolated cases. Nevertheless, in his opinion, even isolated cases are “too many”. He linked the new Hitler cult in the army to “a simple mechanism to seduce social media.”