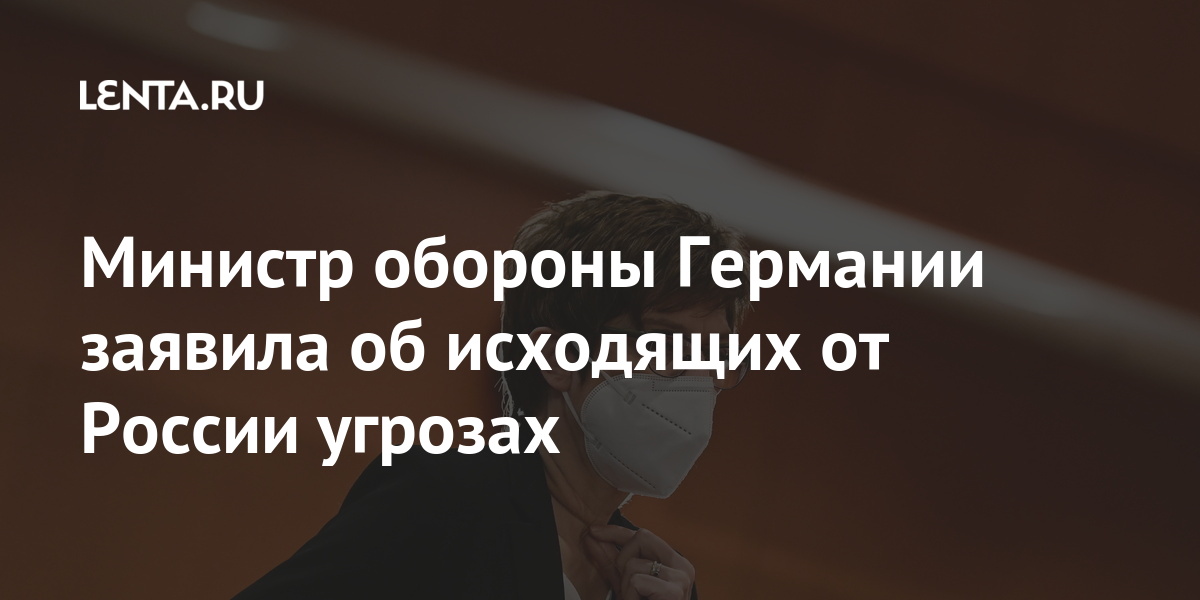 In particular, threats come from “improving Russian weapons and Russia’s military operations in the middle of Europe,” said Kramp-Karrenbauer. She stressed that the reference to this does not mean anti-Russian sentiment, but only about “political facts.” In addition, according to the minister, Russia has missiles capable of reaching Germany.

In addition, Kramp-Karrenbauer again expressed concern over the situation on the border between Russia and Ukraine. Moscow’s actions are aimed at “provoking a reaction,” she suggested.

The German minister made a similar statement on April 3. Then she said that because of Russia, the “growth of challenges” for Europe began. She added that the challenges are increasing, including due to the “systemic confrontation” with China.