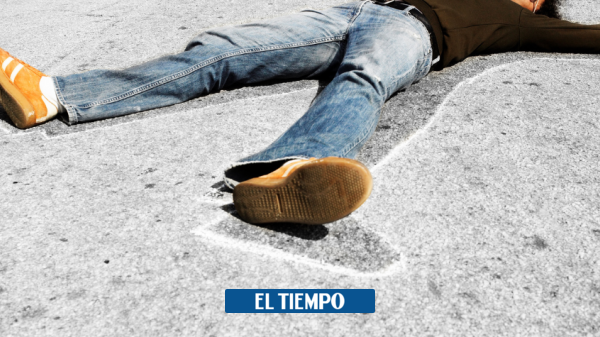 A Brazilian judge ordered the arrest of a German diplomat accused of murdering her Belgian husband in Rio de Janeiro late yesterday and asked Interpol to add his name to the wanted list, a day after the consul embarked heading to Germany.

“Judge Gustavo Kalil received the complaint offered by the Public Ministry of Rio de Janeiro and ordered the preventive detention of the German consul Uwe Herbert Hahn, accused of the death of her husband, the Belgian Walter Henri Maximilien Biot on August 5,” he reported. the Court of Justice of Rio de Janeiro (TJRJ) in a statement.

The magistrate “ordered the inclusion of the consul’s name on the Interpol fugitive list, based on the fact that the accused embarked on Sunday for Germany”, added the court.

(Also: Evo Morales denounces that his cell phone was stolen in a public act).

Hahn had been in pre-trial detention since August 7 following her husband’s death, but was released on Friday after a local court ruled prosecutors had missed an initial deadline to file charges against him.

After his release, the Rio de Janeiro Prosecutor’s Office, which denies that the legal term has expired, accused him of aggravated murder, prompting Judge Kalil to order Hahn remanded in pretrial detention.

However, several media outlets claimed that, at the time of Kalil’s decision, Hahn had left Brazil and arrived in Frankfurt early on Monday, a claim that the prosecution is still investigating.

The suspect would be a fugitive in the city of Frankfurt, Germany.

Thus, Kalil raised the case to Interpol and asked that the German and Belgian embassies be informed about the case.

“The defendant has already given concrete signs that he has no intention of collaborating with the Brazilian state bodies, since he stated that the victim had died by accident,” Kalil said in announcing his decision.

In a document published on Monday, prosecutors stated that “the crime was committed with cruel means: the severe beating to which the victim was subjected, which caused him intense and unnecessary suffering,” adding that Biot had been unable to defend himself due to alcohol intake and anxiety medications.

At the time of Biot’s death, Hahn, who had been married to him for 20 years, said he had fallen from his apartment in the Ipanema neighborhood after suffering a sudden illness.

The couple lived in the Ipanema sector, in Rio de Janeiro. Hahn told Brazilian police that her husband had fallen from her apartment.

But police arrested him on suspicion of murder after forensic investigations found bloodstains in the apartment and an autopsy on Biot’s body showed multiple injuries.

(Also read: Elections in Brazil: this was the first debate between Lula and Bolsonaro).

The body had 30 injuries such as bruises, abrasions and other wounds on the arms, legs, trunk and head.for which the specialists consider that they are incompatible with a fall, as the German diplomat defends.

The consul is charged with triple degree murder: murder for an invented motive, by cruel means, and for making it difficult for the victim to defend himself.

The Prosecutor’s Office affirms that Hahn fed a “feeling of possession” towards the victim, whom he “subjugated financially and psychologically”, preventing him from developing any degree of economic independence and friendships with other people.

A Brazilian Judge ordered German Consul Uwe Herbert Hahn be held in custody 4 d murder of his husband in Rio de Janeiro denying defense of diplomatic immunity.
Rio police took Hahn in2 custody on Sat after his husband, Walter Biot, was found dead in an apt in Ipanema neighborhood pic.twitter.com/nexJ8RSlUc

“Civil Police [a cargo de las investigaciones] is perplexed” with the consul’s return to Germany, commissioner Camila Lourenço told the newspaper ‘O Globo’. “They could have determined an alternative precautionary measure to prison, such as the retention of the passport, which would have made it difficult for them to escape.”

If convicted of murder, the German consul must serve between 12 and 30 years in prison in Brazilbut specialists in international law told the Brazilian media that he should not be in preventive detention while in Germany since the precautionary measure must only be fulfilled if he leaves German territory and is detained in another country.

“The process will not stop because I am out of the country. But in case of conviction he will not be extradited by Germany. If Brazil requests compliance with the sentence, after the conviction, and the German Justice accepts, it would be the time according to the sentence, but with the rules there “explained to ‘O Globo’ the professor at the University of Rio de Janeiro Cristiano Fragoso.

See also  M5s, Grillo returns to the absolute leader. The future of Conte and Di Maio is in his hands

A Spanish friend of the couple, who lived in Brazil, assured the delegate Lourenço that the relationship between the two was one of continuous fights and humiliation.

(You may be interested in: Nicaragua: Sandinistas commemorate the fight that left 13 guerrillas dead in 1967)

“O Globo” accessed WhatsApp messages between the man and the victim’s brother in which a photo of the Belgian appears with bruises on his chin and a disturbing message that read: “It’s hell here with Uwe.” referring to her husband the German consul.

The Spaniard declared that he had a very good relationship with the victim, with whom he had a 3-year friendship and walked dailyexcept on weekends, when the German diplomat was in the house and “did not allow her husband to go out”, details the Brazilian media.

will it fly? Beware of these airline clauses that can affect your trip

Celery Juice: How Good Is It For Burning Fat And Blackouts?

Shia LaBeouf Says He Stopped Being Violent and Converted to Catholicism

Go out party? The answers to ten key questions to avoid the ‘guavabo’

Armando Benedetti: "The biggest bull for Gustavo Petro will be Venezuela"