Gerardo Priego: The opposition’s biggest horse is the PAN 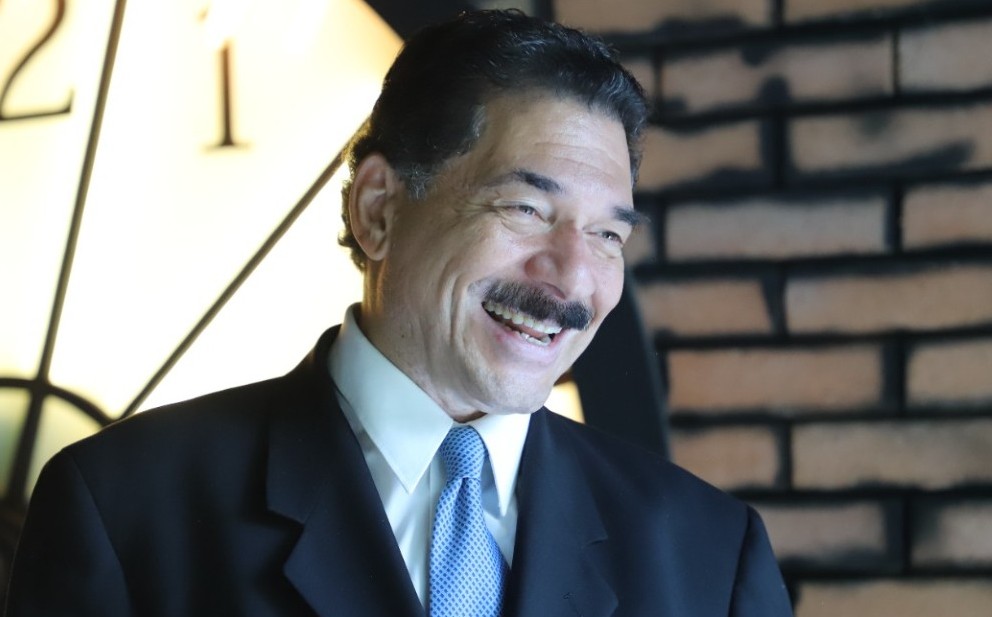 Former federal deputy and former candidate for governor of his native Tabasco, Gerardo Priego, wants the National Action Party (PAN) to return to its best moments and he claims to have the formula to fulfill his objective if he becomes the leader of the party.

Glimpse a winning National Action, which merges with civil society, that makes the party leaders visible at the national level to form a solid opposition with a view to the 2024 elections, that it returns to social work in the country and that it puts order within its militancy.

What does Acción Nacional currently represent?

Today it is like the largest opposition party, with problemsThe largest horse in the opposition is the PAN. His legs do hurt, he has no teeth, he is malnourished, but he is the largest. In that logic you have in front of a federal government that is acting with permanent irrationalities in decision-making. Given this, the PAN needs to stand up, it needs to stick its head out, dig it up, It needs to be at one hundred percent, today it is at 50 percent, there are leaderships that we have throughout the country, local or regional men and women who need to be in national visibility because we need to be a solid opposition.

How would this solid opposition that you mention be shaped?

I offer a sum with four premises: With me we can bring Mexican civil society, the PAN has to changeYou have to work with civil society; make a solid opposition with national leaderships, make them grow, put them in the showcase; we need to return to social work with the majority of the population, which is something that has been around since our founders (Manuel) Gómez Morin and (Efraín) González Luna; and put order within the partyIt is true that there have been PAN members who have made mistakes, but it is also true that there are PAN members who have committed crimes. The PAN has to stop turning to the other side, it has to correct its own mistakes to vindicate itself before society.

Through a manifesto, among other things, former governors asked for an audit of the registry, if he were a leader, would he do it?

If he were already the president of National Action, tomorrow he took that manifesto and implemented it because if there is nothing to fear why not audit the registry that the militancy of the entire country is demanding. Of course he would, he who owes nothing fears nothing, audit of the register so that the PAN will vote calmly. Furthermore, this possibility of make a Special Commission to review the electoral process (of the party), which owes nothing, fears nothing, If I were already president of the PAN, tomorrow I will take the proposal and we will implement it.

Did the alliance with the PRI and the PRD bear fruit in the June 6 elections?

I must tell you that I never agreed with that alliance, I accepted it in the end because it was a decision of the National Council and there the majority voted in favor, but I neither agree nor believe in it. What is the antidote to that alliance? The thing is We should have rebuilt after 2012, we didn’t and we continue to do the same things as PAN for 2018After the beating of 2018, we should have rebuilt ourselves, repaired what was damaged and claimed responsibility for society. We did not do it, so when we got to 2021, where was the society that supported us before, well it is not, So it was about teaming up with whoever you can to see if you win.

If he were a leader, would that alliance end?

I would keep the legislative, observing these allies very well because at the first change they go and sleep with the enemy, but the other in 2023 and a half there we will see, not now, in 2023 we will see.

What would be the best ally of the PAN?

Civil society has to be the most important alliance we make by 2024, we need, we have the moral and historical obligation at a time like the one the country is experiencing to bring civil society back to trust National Action, as a beacon, as a guide to coordinate the efforts of society civil and win in 2024.

He was talking about putting the PAN leaderships in the showcase. Who are these leaderships?

There are people who can obtain that leadership, but you have to put them in the national showcase and I start from the south there they are Mauricio Vila, governor of Yucatán; Martin Orozco, governor of Aguascalientes; Maru Fields, the new governor of Chihuahua; Kenia López Rabadán and Mauricio Tabe in Mexico City; Diego Sinhue, in Guanajuato; that they are valuable characters, without a tail to step on them and we can now put them on the showcase.

We are going to work to put them in the national showcase to get blanked out, to show the country what we bring as PAN DNA and send them in 2024 to an internal election where between six or seven of those characters that we have to grow and go out with a man or woman to the presidential campaign in 2024.

How has the PAN been managed in the last three years?

Marko (Cortés) had a very difficult moment in the party after the defeat in 2018, that’s why no one wanted to be a candidate for the party’s presidency and well, Marko raised his hand, it was an interesting attempt, we knew its characteristics and we knew that it would be a more inward work, more of talking to each other. But I think the reconstruction was pending, the repair of the damaged parts of the PAN that were very important to reach that competition in 2021.

What is expected of Gerardo Priego if he becomes the leadership of National Action?